By Charlesayor (self media writer) | 10 months ago 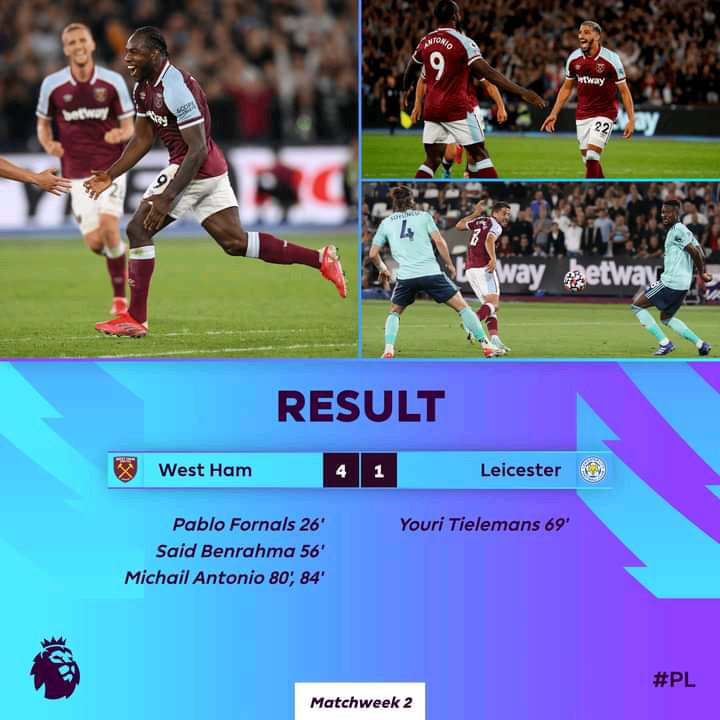 Pablo Fornals and Said Benrahma both scored as the Hammers defeated the visitors, who had Ayoze Perez sent off just before halftime, 4-1 to take over the Premier League lead. 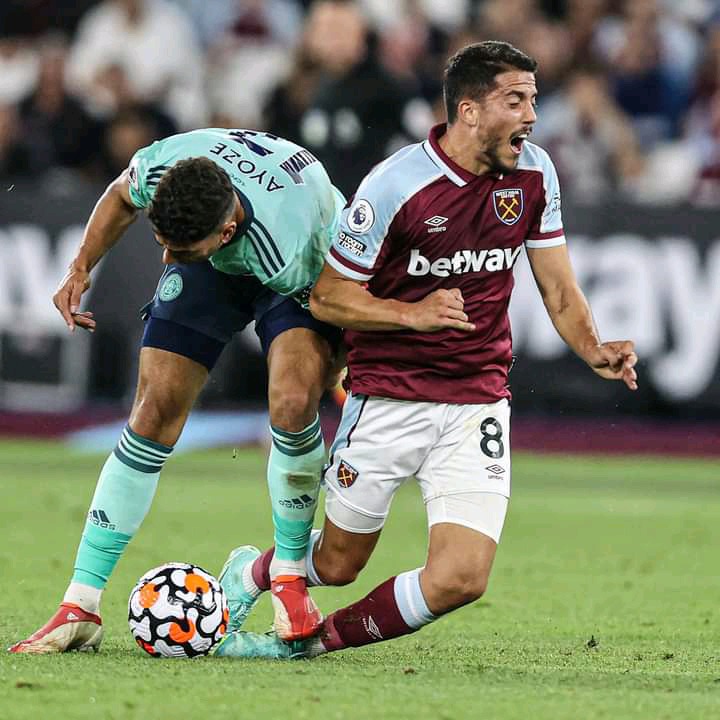 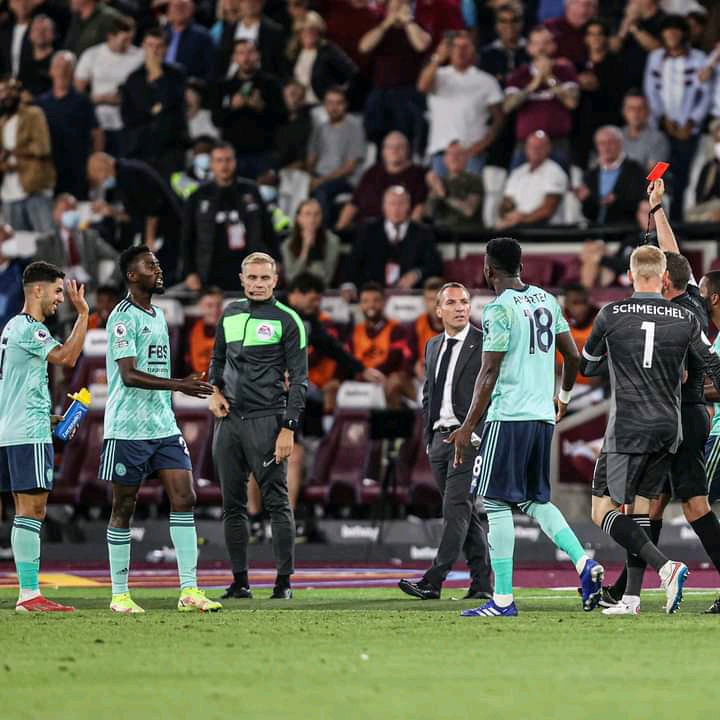 Both Brendan Rodgers and David Moyes chose unchanged starting lineups after their respective teams opened their seasons with wins against Wolves and Newcastle. The Hammers grabbed the lead when Fornals found Benrahma wide and then raced into the box to sweep the Algerian's cross into the bottom corner.

After that, Fornals was the victim of a terrible, off-balance challenge from Perez, who was red carded by Michael Oliver after a VAR review, leaving the Foxes with a mountain to climb.

Soon after the restart, Caglar Soyuncu's backpass was intercepted by Antonio, who set up Benrahma for his second goal of the campaign. 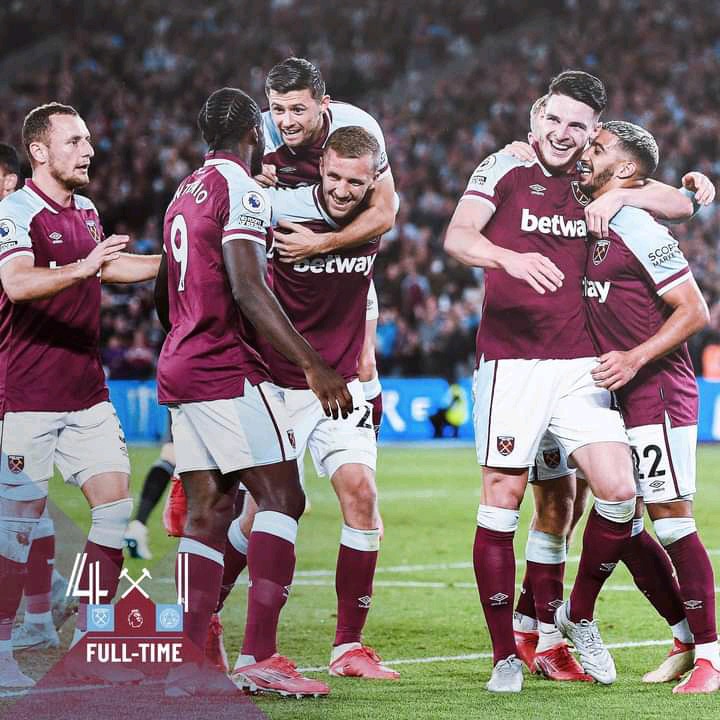 After some penalty box pinball, Youri Tielemans gave the Foxes a lifeline, but Antonio's 48th Premier League goal for the Hammers seals the three points, then he adds his 49th late on with a fantastic looping touch over his marker.

Checkout the League Standings Below;