Chelsea booked a place in the Semifinals of the Champions League despite losing to Porto in the second leg of their Champions League clash. Thomas Tuchel would be really glad with the defensive performance of his players. Rudiger, Azpilicueta, Thiago Silva, and Reece James were all solid at the back for Chelsea all through the game.

Porto didn't do enough to break down Chelsea's strong defence in the first half. The Portuguese side had just one shot off target and none on target in the first 45minutes of the game. However, Porto improved their game in the second half but the goal came rather too late. 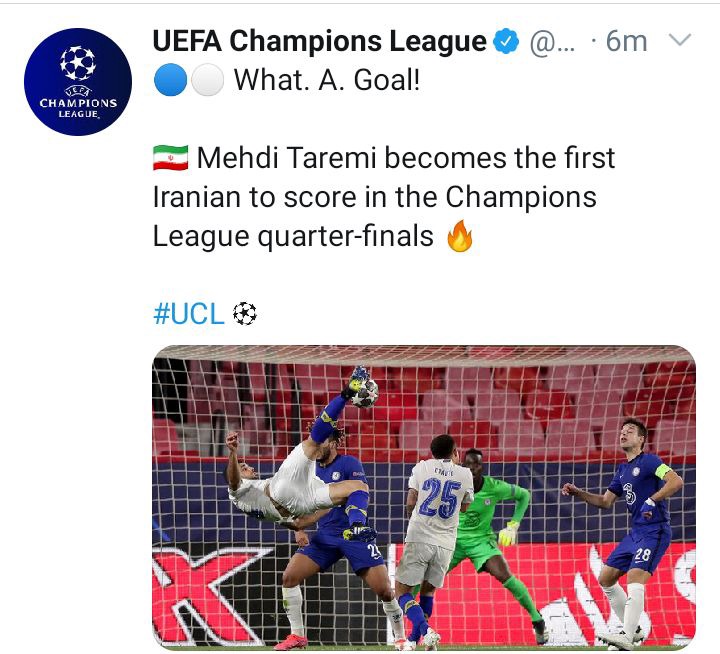 Mehdi Taremi scored a brilliant goal in the 94th minute to give his team some sort of hope. However, the final whistle was blown by the referee in just seconds after the goal. Taremi wasn't present in the first leg and his goal showed exactly what the team missed during the first leg of the encounter. Mehdi Taremi is now the first ever Iranian player to score a goal in the Quarterfinals of the Champions League. What a way to set a record! Even though Porto failed to qualify for the next round, the goal would mean a lot to the Iranian striker.

Did you know there were over 600 plots to assassinate Fidel Castro.