BRA 4-1 URG: Two Players That Were Responsible For The Selecao's Victory Over Uruguay

By Waskco (self media writer) | 3 months ago

Brazil returned to the winning ways after their disappointing goalless draw against Colombia. The Selecao defeated Uruguay 4-1 at Arena de Amazonia in the early hours of Friday, as they continued with their quest for the next year's FIFA World Cup in Qatar. 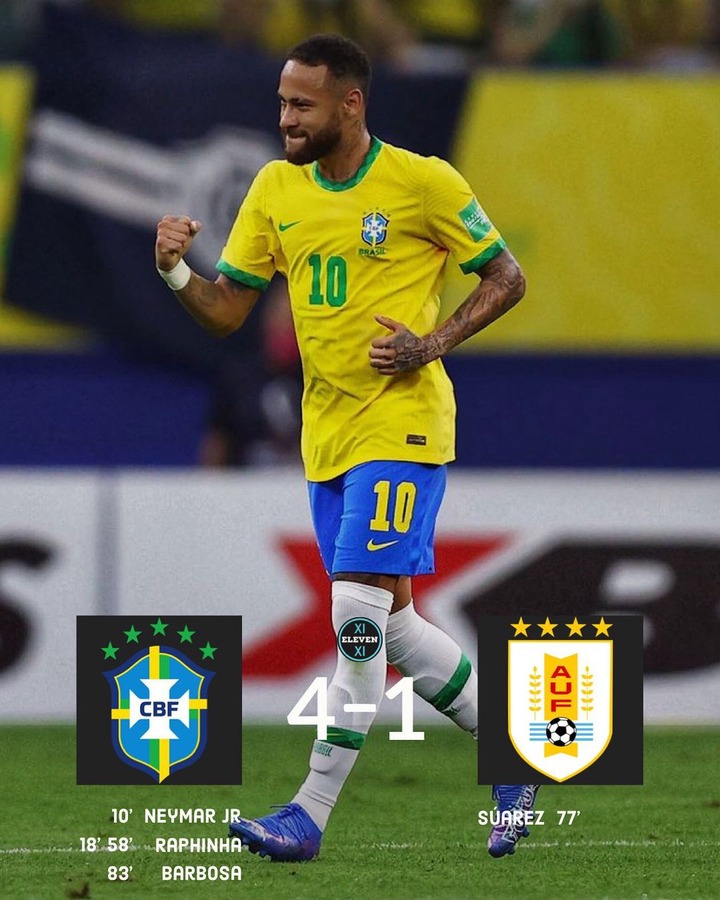 Brazilian team kicked off the game with so much pressure on Uruguay which however resulted in an early goal for Selecao when Fred delivered a sumptuous ball over the Uruguay defense to Neymar, who tricked his way past an Uruguayan defender to register the first goal of the game in the 10th minute of the encounter.

Eight minutes later, Raphinha doubled the lead for Brazil when Neymar provided a stunning assist for the young man to netted his first goal of the game in the 19th minute, which gave Brazil a two-goal advantage as the first half of the game ended.

The second half of the game kicked off with Brazill hunting for more goals, as they dominated all the possession. Raphinha however got his second goal of the game in the 59th minute when he was incredibly set up again by Neymar.

With just 7 minutes left on the clock, Neymar continued with his superb form in the game, when provided another fine assist for Gabriel Barbosa who scored the last goal of the game as Selecao went away with the three maximum points.

The Two most outstanding players of the game: 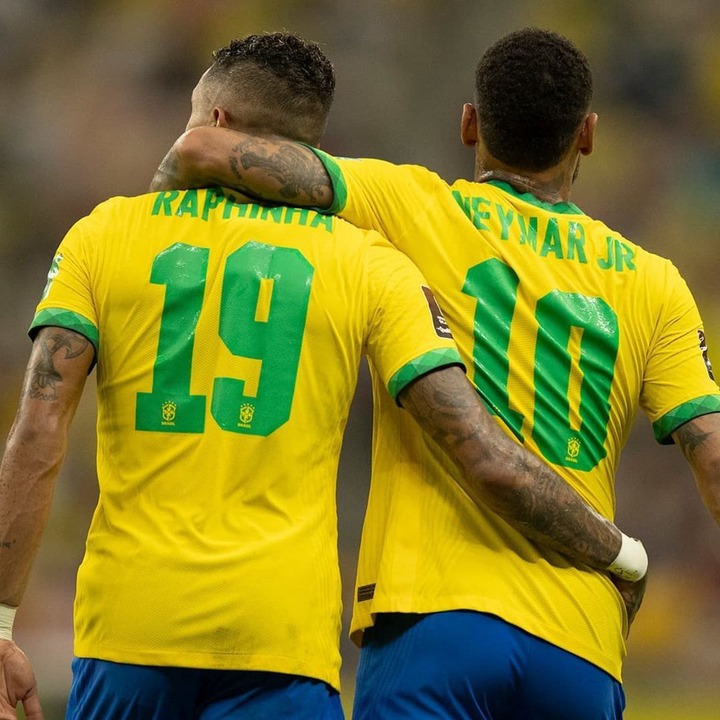 Neymar scored a goal and provided two assists for Brazil which however made him one of the most outstanding players in the game against Uruguay. The Paris Saint-Germain forward had an incredible performance with the Selecao where he played an important role in their 4-1 victory over Uruguay.

Raphinha was another incredible player of the game for Brazil on Friday, the young man justified his selection by scoring a brace for his team to seal the three maximum points for the Brazilian national team. 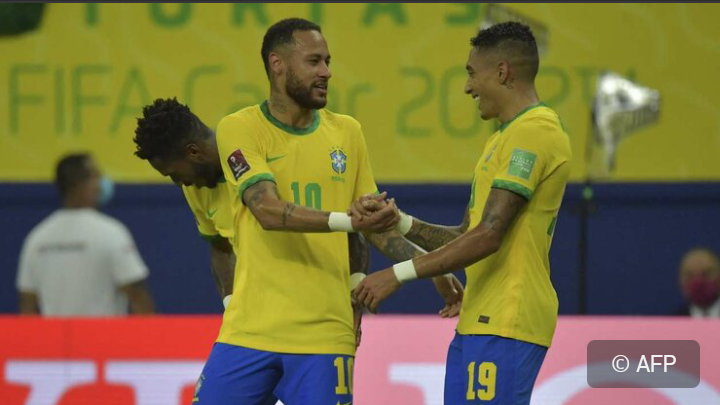