By Faahionworld (self media writer) | 1 year ago

In this article we will be looking forward to see European Football Treble Winners in History of Football.

Let see which team has win the treble in football history. 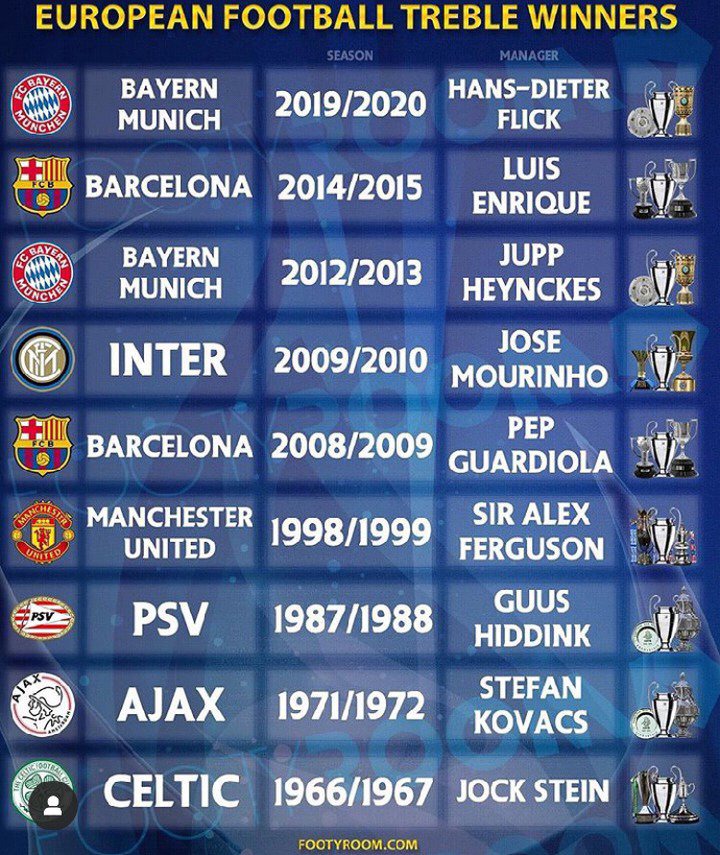 Their are different clubs that have won the treble and they include Bayern Munich team having won the treble twice during the 2019/20 season and 2012/13 season and the coach in charge during that season are Heans-Dieter and Jupp Heynckes respectively. Then Barcelona's has also won the Treble twice in their history the first one during the 2008/09 under the management of Pep Guardiola and then 2014/15 under the management of Luiz Enrique.