The international break is ongoing and players are currently playing for their respective national team.

Chelsea have as much as 14 players on international duties during this international break. Some of this players are already making headlines with their national team.

Here I will present to you Chelsea performance in the premier league so far this season.

So far this season Chelsea have conceded the least number of goals in the premier league heading into the international break. The Blues defense have been broken on three occasions. They have conceded from Liverpool after Mohammed Salah scored from the penalty spot in their one all draw. The other goal was a deflected effort from Gabriel Jesus in their one nil lost to Manchester City and the third goal was from Southampton.

Second most goals scored in the premier league

Chelsea have also scored 15 goals this season which is the second most goals scored in the premier league before the international break.

Chelsea currently have the best goal difference in the premier league after scoring 15 goals and conceding three goals. That leaves Chelsea with ap +12 goals difference. 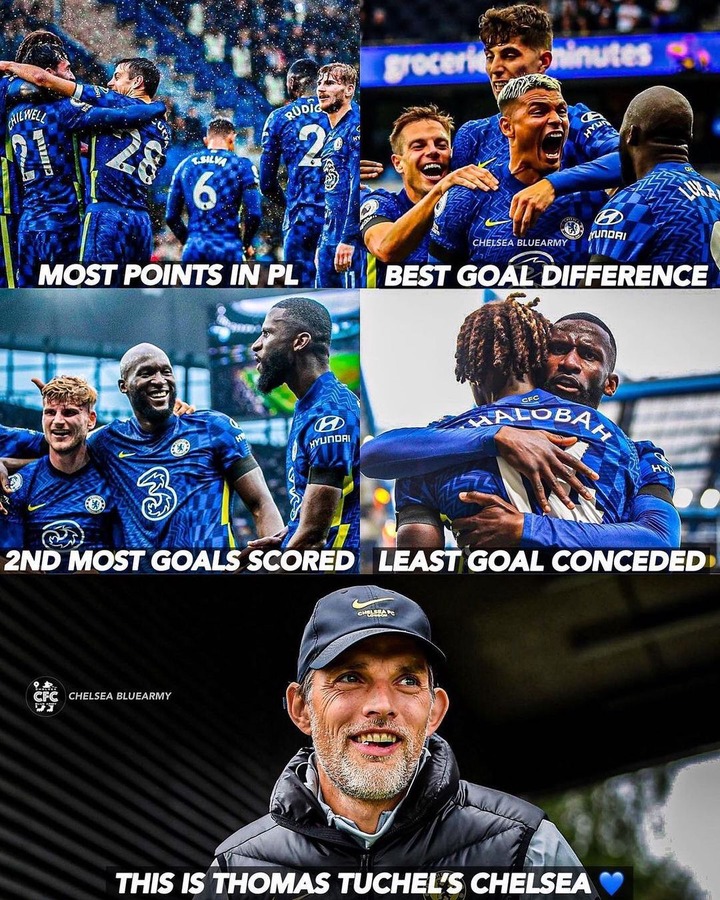 Most point earned in the premier league

Thomas Tuchel's led Chelsea are currently sitting on top of the English premier league table heading into the international break. The Blues have 16 points from seven matches so far this season.