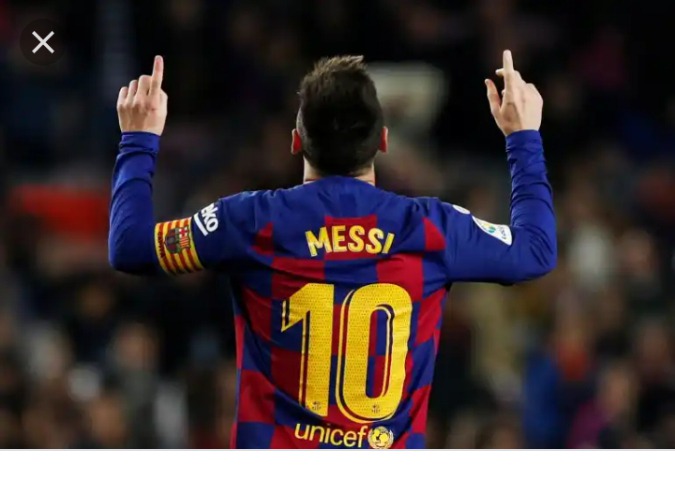 Barcelona have confirmed that Ansu Fati will take over the number 10 shirt that Lionel Messi famously wore for 13 years.

The club have released their squad numbers for the 2021/22 season and in doing so have confirmed that 18-year-old Fati will wear the shirt that Messi took over after Ronaldinho departed the Nou Camp in 2008.

In a statement, Barcelona said: “Ansu Fati has a new shirt number. After wearing the number 22 then 17, the young Barça striker will proudly wear the number 10 shirt – a famous jersey previously worn by legends such as Leo Messi, Ronaldinho and Rivaldo.

“Despite being just 18 years of age and still recovering from injury, Ansu Fati forms part of Barça’s history as a record breaker and also with the Spanish national side.

“Since his debut in August 2019, the youngster has set records in the league and Champions League. Just six days after his debut for the first team he became the youngest ever player to score in the league for FC Barcelona.”

The rise of Ansu Fati.

Fati is also Spain’s youngest ever goalscorer, having netted against Ukraine on September 6th 2020, at just 17 years and 311 days.

He was born in Guinea-Bissau, and had been eligible to represent them, but moved to Seville with his family at the age of six.

After his Barcelona debut in 2019, the Spanish Football Federation began making attempts to get him to commit to the country and he was granted Spanish citizenship in September of that year.

He has since made four appearances for the senior side, with that goal against Ukraine being his sole strike so far.

Many legends have donned number 10.

Taking over the number 10 jersey from Messi so soon after the Argentine departed for Paris Saint-Germain will doubtless come with a lot of pressure for Fati.

As well as the aforementioned Ronaldinho and Rivaldo, the shirt has also been worn by football icons such as Michael Laudrup, Hristo Stoichkov and Romario.

New signings such as Memphis Depay and Messi’s good friend Sergio Aguero could also have been candidates for the number 10 shirt, so Barca’s decision to hand it to Fati may be a sign of their faith in the youngster.

Messi began life at Barca wearing the number 30, something he has chosen to replicate in the new phase of his career at PSG.

As well as losing Messi this summer, Barca have agreed to let Antoine Griezmann return to Atletico Madrid on loan.