Top 5 Five Richest And Most Influential Football Agents In The World.

By Muhaliyu (self media writer) | 10 months ago

the highest paid football agents in the world can be draw from huge sums of money as a reward for their efforts, with agents taking funds as commission on transfer deals.

The "football circus" is a land of business where business is tough. For players' agents, the challenge is therefore very exciting and can be extremely lucrative if they rely on the right foals. So let's take a look at the five men who have the highest paid and most influential by adding up the market values ​​of their top clients. 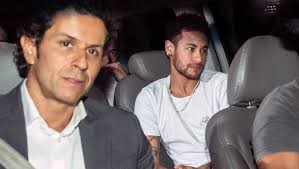 Pini Zahavi is the complete opposite of the model and modern agent. Facilitating transactions rather than actually representing young talent. This is why its ten largest customers today do not exceed 200 million euros in cumulative market value.

With Robert Lewandowski (56 million), Wilfried Zaha (44 million) and Alex Telles (32 million), his top 3 remains very attractive and would make many agents dream. But he earns his bread rather by facilitating negotiations.

Ask Paris Saint-Germain and Neymar, who paid a total in commissions to the tune of 10.7 million euros in the most lucrative deal in history (222 million euros). 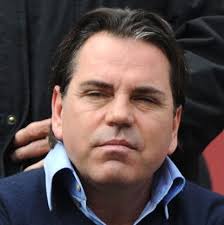 Little known in France, the German is at the top of the German market. Apart from SC Paderborn and TSG Hoffenheim, he has at least one client in each of the Bundesliga formations! They are often nuggets from elsewhere, hence his privileged link with Red Bull and the fact that he recovers many players at the time of their passage from Salzburg to Leipzig. 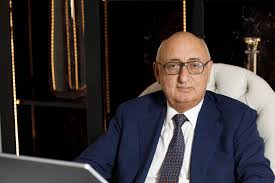 The number 1, all sports combined, in 2019, in the ranking of the biggest agents, according to Forbes. Stellar Group, his agency, has offices in England and Spain, in order to achieve very nice shots in La Liga, while retaining its grip on the Premier League.

Barnett has indeed enlisted Saul Niguez (72 million euros) not long ago, when the latter wanted to find a challenge in the Premier League.

It must be said that the Englishman likes to diversify. Before entering football, he represented cricket legend Brian Lara. And then he's a little involved in golf 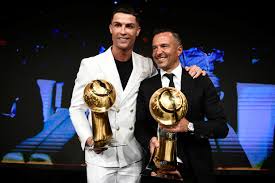 With a personal fortune estimated at 100 million euros, he is one of the richest men in his country. It must be said that Jorge Mendes weighs. More than a billion euros, in fact, if you add up the amount of all the transfers he negotiated for his players during his career.

Cristiano Ronaldo obviously played a big part in this success. Just like Porto and Chelsea, two clubs for which he made many links at the start of his career (José Mourinho, Ricardo Carvalho, Paulo Ferreira, Maniche).

The "big mouth" of the ten-time best agent in the world has always put it forward and probably allowed to seduce clients from various horizons today, such as Bernardo Silva (80 million euros), Fabinho (56 million euros ) or James Rodriguez (32 million euros). Unless it is his special relationship with Monaco, the club perceived as a tax haven. 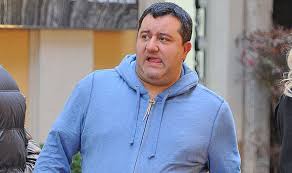 Born in Haarlem (the Netherlands), the Italo-Dutchman is a hard worker and an outstanding entrepreneur. Waiter in his father's pizzeria, manager of a McDonald's, founder of a brokerage company, law graduate, sports director. As soon as an opportunity presented itself, Mino Raiola seized it, and that allows him to be at the top of the hierarchy in this Top 5.

Multiplicity is also his mojo. In order to rule the world market, he learned to speak seven languages. His agency "Sportman" has offices in four countries (in Europe and South America). And during the record transfer of Paul Pogba to Manchester United, he would have taken advantage of his position as official adviser to Juve, the Red Devils and the French midfielder to recover 49 million euros in commissions!