The newly introduced European Super League has caused huge tension and confusion in world football, depriving fans of what they knew about football. It is safe to say that the super league is good for soccer worldwide because it allows more viewers to see stars playing each other more often but at the same time histories of great players are going to be wiped away in the process.

This action being made by top dozen club teams has prompted the UEFA President Aleksander Ceferin to give a strong statement on the players.

In his words as reported by Goal, ''The players that play in the Super League will be banned from playing in the World Cup and the Euros. We will take all the sanctions that we can'' 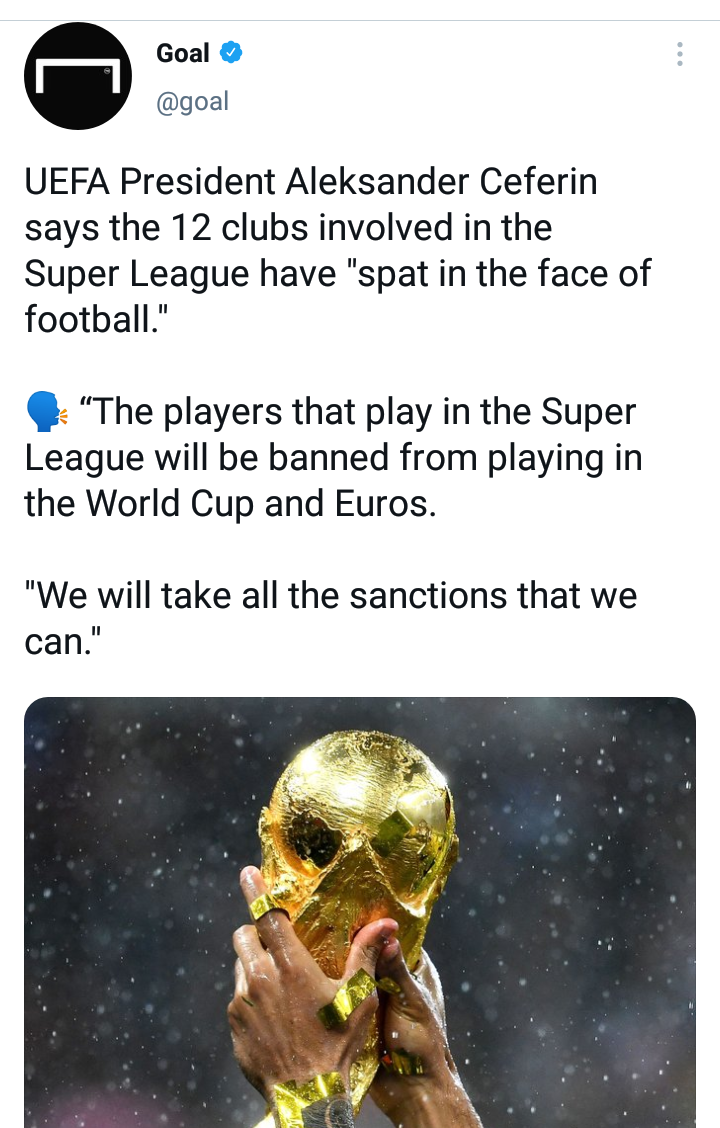 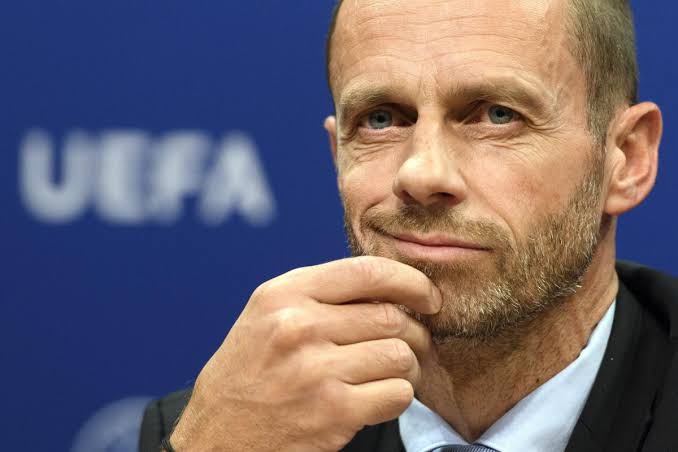 Aleksander Cerefin has made known his strong stance against the European Super League. However, some football fans believe that the President went overboard by declaring that the UEFA board will ban the players clinging to the fact that the players have no right in this situation.

Replying to Fabrizio Romano's tweet, they protested against the decision. 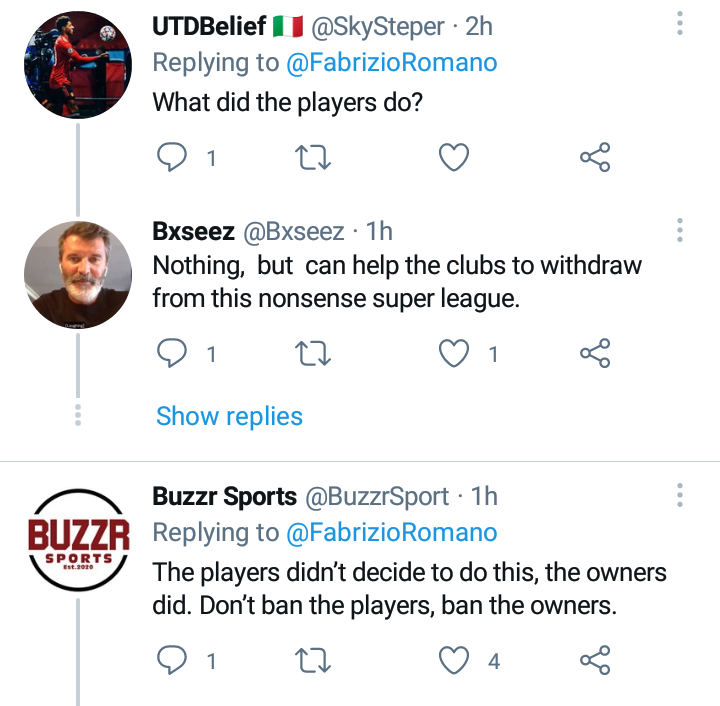 Banning the players will be detrimental to the players and their families. I reckon that the UEFA board should come up with a better solution to this crisis at hand.

What do you think about this whole issue?