Jaxson Ryker Returns To WWE Alongside Elias On Main Event

During WWE SmackDown on Friday night, Steve Cutler and Wesley Blake returned to television as henchmen for King Corbin. It was said at the time that Jaxson Ryker wouldn't be returning to television anytime soon because it wasn't worth the risk.

Well, what a difference three days make, as Jaxson Ryker was in the WWE ThunderDome tonight alongside Elias for the taping of Main Event. His appearance has already been met with a very negative reaction online from the WWE Universe. 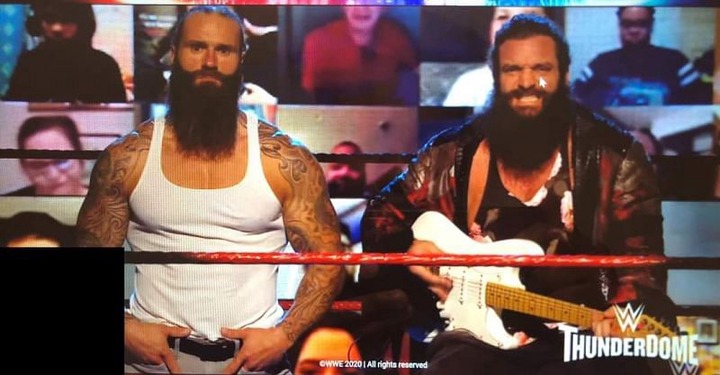 When Sapp inquired about tonight's appearance, he was told that it was also likely done to gauge the reception of the WWE Universe.

Not only has Ryker been off WWE television for months, but there was also a point where he wasn't even listed on their internal roster sheets. To say that this appearance came as a surprise is quite an understatement.

What are your thoughts on Jaxson Ryker's impending return to WWE television? Are you happy about it? Do you want him paired with Elias? Let us know by sounding off in the comments section below.