By Frankcool (self media writer) | 1 year ago

The likes of Lahm, Giggs, Totti, all retired at the club that they played for a long time. Let's take a look at present footballers who will likely imitate them.

Lionel Messi: He joined Barcelona in 2004, and has spent 16 years at the club where he has won numerous trophies. Though he recently almost forced an exit, but hopefully the Barcelona's new board will convince him to renew his contract.

Mark Noble: He has been with West Ham since 2004, and even remained at the club when they were relegated in the 2010/2011 season. He has been very vital for West Ham, and has made over 400 appearances for the Hammers. 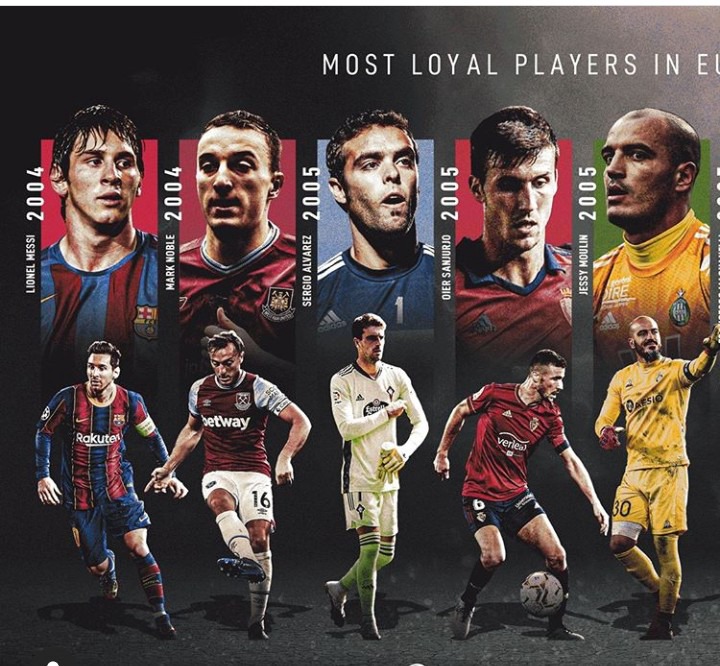 Sergio Alvarez: The 34 year old goalkeeper has been in the books of Celta Vigo since 2005. He has played for them both in the team B and first team.

Oier Sanjurjo: The 34 year old defender has played for Osasuna throughout his professional career, although he was loaned to Celta Vigo for the 2011/2012 season.

Jessy Moulin: He plays for Saint-Etienne in France as a defender. He has been at the club since 2005.

Marcelo: Real Madrid brought him from Fluminense in 2007, and ever since he has made 360 appearances for them till date.

Sergio Busquet: The graduate of Barcelona's LA Masia Academy has been at the club since 2007, and has made over 500 appearances. 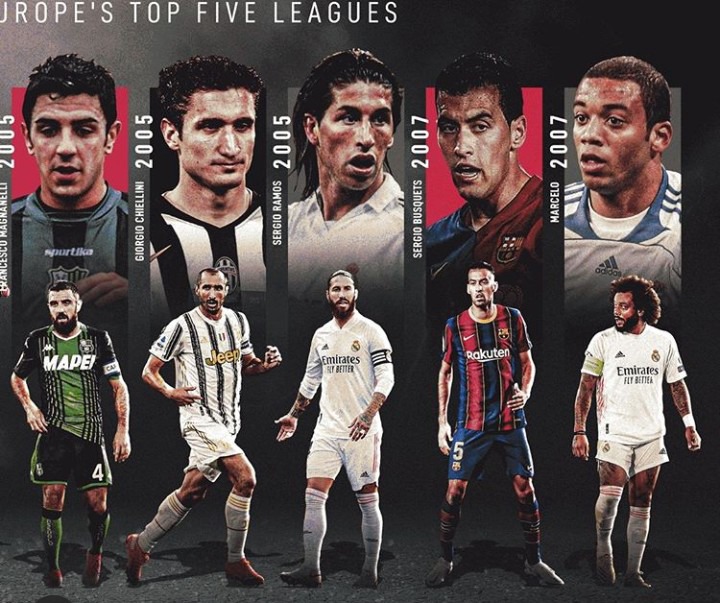 Sergio Ramos: Ever since he joined Real Madrid from Sevilla in 2005, the Real Madrid captain has remained loyal to the club, amd helped them to win major trophies.

Chiellini: The 36 year old defender has been in the books of Juventus since 2005.

Francesco Magnanelli: The 35 year old midfielder has been playing for Sassuolo since 2005, made over 400 appearances and helped them gain promotion from Serie C to Serie A.