Bad omen for Man United? See why Solskjaer is complaining ahead of the match against Chelsea 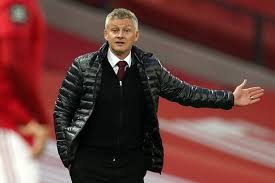 Manchester United take on Crystal Palace in the Premier League on Thursday, as the Red Devils seek to close the gap on Chelsea in third place, as the top four race heats up.

However, they face a pretty tough schedule, as just three days later, they travel to Wembley on Sunday to take on eternal rivals Chelsea in the FA cup semifinal.

Prior to the Palace game today, United manager Ole Gunnar Solakjaer has vented his frustration about how the schedule disfavors Chelsea but favours their opponents on Sunday. Chelsea played on Tuesday against Norwich, winning that game 1-0 courtesy a Giroud strike. The Blues, however, do not play until their clash against United on Sunday, meaning Frank Lampard's men will have two days extra rest. Safe to say, Ole is not happy about this.

Speaking in a pre match briefing, the Norwegian said:

"There is a concern, obviously, that they will have had 48 hours more rest and recovery than us.

“It’s not fair. We spoke about a fair scheduling going into this restart and of course it isn’t.

"But I have to think about Thursday, winning that one, focusing on that one, and then picking up the pieces after that. "We’ve not been handed four aces, put it that way, for the last two weeks. But we’re going to have to put on a poker face and play the cards well.

"We’ve not really played every three days, but we definitely will now - 48 hours is a big difference at this time of the season.”

The manager certainly has a point, and the two days extra rest may be an advantage for Chelsea. But nothing can be done, and they just have to prepare best for the tie.