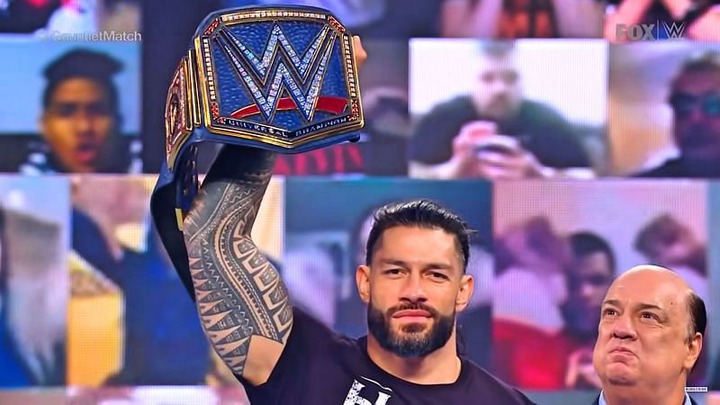 Paul Heyman has said that Roman Reigns "rescued him to the Island of Relevancy" after he was removed from his senior position on WWE RAW last year.

In an interview with BT Sport, Roman Reigns' Special Counsel went into detail about how he believes there are "conspiracies" mounting against the current Universal Champion and how it reminds him of the situation he was in when he was removed as Executive Director of RAW back in June 2020 - what Heyman refers to as being cast into "the ocean of obscurity."

Here is what Paul Heyman had to say:

"And I see these conspirators lining up against Roman Reigns long before their conspiracies can even hatch. We’re nine chess moves ahead of everybody else. That’s who we are. So, I understand what he’s going through. I’ve gone through it myself. I went through it myself last year, when they threw me out into the ocean of obscurity. And he rescued me to the Island of Relevancy. So, being that I understand and I can identify, I can empathize with him, that I understand how he’s feeling, that I understand the burden, the pure burden of being the best that has ever done what he’s doing. We are a natural pairing."

Paul Heyman would also list a number of Roman Reigns' accomplishments, and emphasize that it should come as no big surprise that there are those seeking his downfall.

"No man is an island unto himself, and Roman Reigns is the ruler of the Island of Relevancy. And there are plots and plans and conspiracies against him at all times. And that’s been going on for years and years and years since someone that young, that dynamic, with that pedigree, became a WrestleMania main eventer. Four WrestleMania main events… actually, five. He chose not to participate in the fifth one. And of course there are people plotting against him. How could there not be? How could you achieve that level of success, make that kind of money, have that level of fame and not have people be jealous and envious around you?"