Fact Check: Is It Healthy To Compare Eden Hazard's First Season In Madrid With That of C Ronaldo?

Real Madrid acquired the services of Eden Hazard last summer, in a ground breaking transfer deal of €130 million making him the most expensive player in Madrid’s history beating the $103 million paid for fellow winger Gareth Bale in 2013.

The Belgian, prior to his signing, has made known to all football lovers that his dream club is Real Madrid and that he would love to play for them. 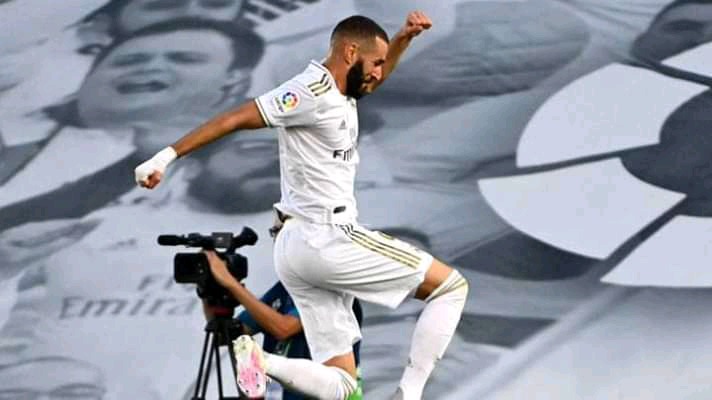 Hazard has made it no secret over the years that his dream club is Real Madrid and one day wishes to play for them. The dream became more realizing with Zenidine Zidane holding a crucial post in the club thereby giving the Belgian the opportunity to to play for his dream club under his mentor and idol.

Consequent upon his signing, he took up the number 7 jersey previously worn by Christiano Ronald who's the club’s greatest player.

The impression we all had this time was that he would be replacing Ronaldo. However, replicating what the Portuguese has done at Madrid is no easy task.

Eden Hazard has only made 19 appearances with Real Madrid with just a goal. His stay at Los Blancos has been a challenging for him as he did not have the start he wanted at Real Madrid compared to his former London club.

Compared to Christiano Ronaldo who was only 25-year-old when signed to the club and scored 26 goals in 28 La Liga appearances for the Bernabéu from Manchester United for a world-record £80m. Though, Ronaldo maintained and even improved his performance when he joined. He also enjoyed good playing time and didn't have any injury issue like Hazard. Apart from this, Hazard admitted himself that he was was overweight when he signed for Real Madrid. He weighed 80 Kilograms as at the time he came back from vacation. Meanwhile, he lost it and returned to his normal weight in less than 2 weeks according to him.

Inspite of the above, he has not met fans expectations even that of his coach. People were desirous of of magic, if not even more than the one he showed while playing for Chelsea. But the player's performance was completely different from what was expected of him during the pre-season and he missed out of the start of La Liga due.

He has recently admitted that this season is his worst season ever individually as a player.

Though, He is part of the record of Madrid’s 34th League but he has not been contributory and impactful enough for glory and would be expected to step up his game and meet the club's expectations.

In nearest future, no big signing is expected to be made by Florentino Perez especially next season. So, Hazard has another opportunity next season to justify his price tag and start his magic for the LA Liga giant just like his Belgian fellow nd win over the Bernabeu faithful just like his fellow Thibaut Courtois did after his own disappointments in his first season with Real.

The player still has a promising future but of course he has to change from his current form to enjoy good stay at the club. Especially when he realizes he was brought to Madrid to fill Ronaldo’s vacuums.