Carragher And G. Neville Left Out Cristiano Ronaldo In Their Five-Man List Of Best Ever PL Signings

The Premier League has witnessed great players settling in from another league across the years. It's really clear some players achieved the legendary status during their stint at their clubs. The debate of the greatest players to have graced the Premier League is a controversial topic and many would just keep mentioning names based on perception.

That's the case with PL pundits, Carragher and Gary Neville. The two individuals were asked about their five best ever signings in the Premier League and their response was very surprising. None of these two football specialist mention the name of Cristiano Ronaldo who is the only Premier League player to have won the World Best Player Award.

According to Carragher and Neville, the five players that should be considered the best are: Alan Shearer, Eric Cantona, Thierry Henry, Vincent Company, and Jamie Vardy. 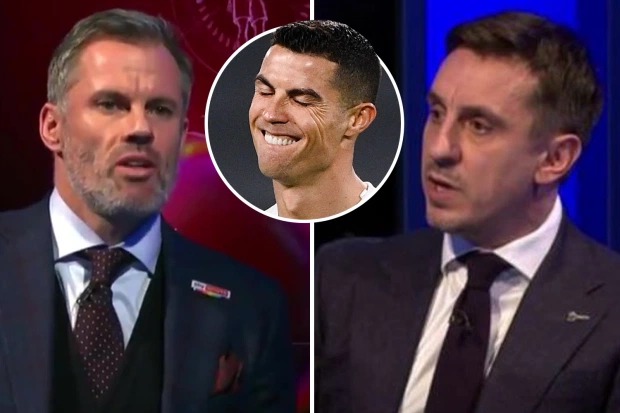 Alan Shearer was a typical goalscorer during his stint in the PL league. The Blackburn legend scored 34 goals during the 1994-1995 PL season. I guess his impact in the League has earned him such a great recognition as one the best players English football has ever seen.

Eric Cantonna is another player that has shown to be an integral part of United's success. With four Premier League titles for the club, you're definitely talking about a legend.

Thierry Henry was another sensational striker of the 21st century. The French striker was the part of Arsenal's team that won the PL without a single loss. However, he's also the all-time leading scorer of the team with 228 goals.

Vincent Company was also listed as one of the greatest signings of the Premier League history. The veteran defender won four PL titles as the captain of the club. Jamie Vardy ends the five-man list as he was signed for just £1m from Fleetwood. What a great bargain for a player that has scored over 100 goals and also won the Premier League title for Leicester.