By valentinoigwe (self media writer) | 10 months ago

Manchester united would play against AC Milan Tonight in the Europa league. Let's quickly take a look at Manchester united and AC milan best players in the 21st Century. Check out The images below for more details. 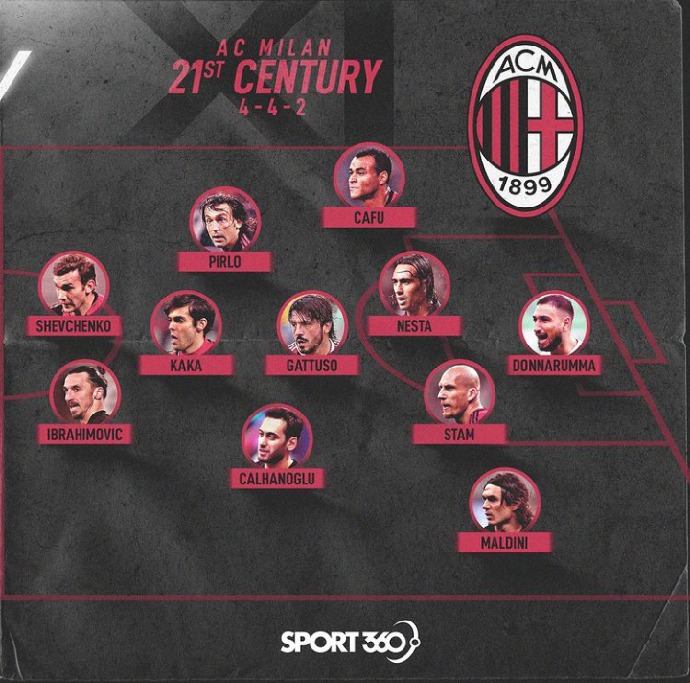 Players who made up AC Milan Best Players of The 21st Century includes Donnarumma as the goalie of the team. While the defensive system would include players like Paolo Maldini, Stam, nesta and Cafu. Their midfield would consist of four players and they are Ricardo Kaka, Gattuso, Hakan Calhanoglu and Andrea Pirlo. The attacking duo would consist of Zlatan Ibrahimovic and Shevchenko. 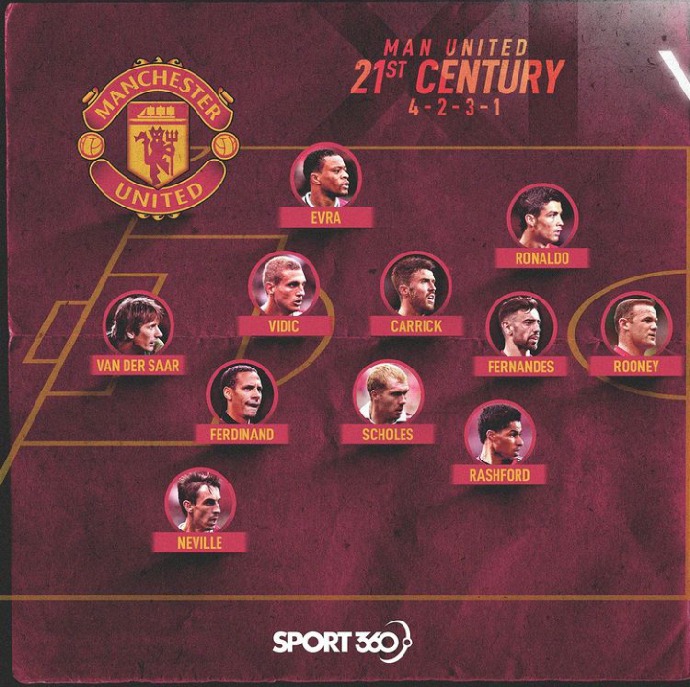 Players who made the Manchester united best Xi in the 21st century Includes Van der Saar as the goalie of the team. The defensive system would consist of players who are very good in interception, tackles, Clearances, Ground and aerial Duel. These players are Patrice Evra, Nemanja Vidic, Rio Ferdinand and Neville. The midfield would consist of Michael Carrick, Bruno Fernandes and Paul Scholes. The attacking trio would include Cristiano Ronaldo, Marcus Rashford and Wayne rooney. Who is the better team? Drop your comments below. Please like and share to your fellow Manchester united and AC Milan fans.