Chelsea FC will now reportedly face serious competition for the Spanish Laliga's giants, Atletico Madrid if they want to secure the service of the 27 year-old Ajax sensational defender, Nicolas Tagliafico this summer. 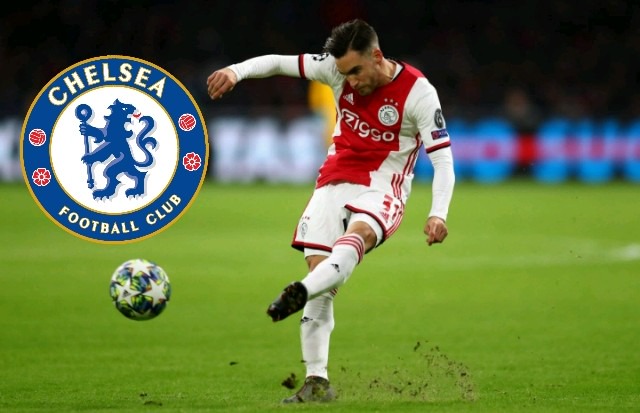 According to report from the Sun, the Frank Lampard's side have the 27-year-old Argentine left-back on their shortlist of possible targets ahead of the summer market, with Leicester City FC left-back, Ben Chilwell the prime target in that position.

It is understood that Nicolas Tagliafico have a verbal agreement with the Ajax sensational full-back to depart for £24.5million in the next market, as he agreed to stay for another campaign last year.

The report claims that Spanish Laliga's outfit, Atletico Madrid were showing eagerness on the defender last year and have rekindled their interest in him, but may have to cash on players before they can secure his signature. Nicolas Tagliafico has been linked with Chelsea FC lately as a potential solution for the left-back position, with both Marcos Alonso and Emerson Palmieri striving to cement a role in the first team this campaign under boss, Frank Lampard. Nicolas Tagliafico was an ever-present in an Ajax team that reached the UEFA Champions League semi-finals last campaign and he’s once again caught the attention this campaign. He had 25 appearances for his homeland, Argentina and loves to fly forward with pace and he’s got the delivery into the box to go forward too. The Argentine speedster would be a bargain if the Frank Lampard's side eventually sign him for £24.5million and the Blues may be wise to make him the prime target above Leicester City FC left-back, Ben Chilwell.