By IBNEWSNAIJA (self media writer) | 1 year ago 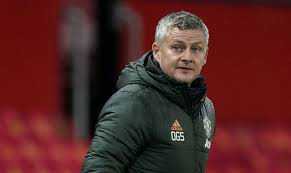 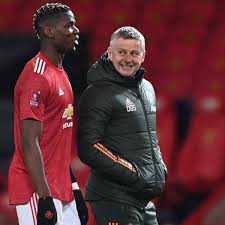 Paul Pogba picked up a muscle injury during the game against Everton on Saturday and limped off late in the first half.

The Frenchman has been in good form for the club in recent weeks. It remains to be seen how serious his injury is.

Manchester United manager Ole Gunner Solskjaer  confirmed that it is indeed a muscle injury, and more details on the same will be revealed after a scan. However, he did remain hopeful.

"It seemed like a muscle injury. He's fine, we'll check him out tomorrow and we'll see how serious it is. I hope it's not too bad but he didn't carry on so had to take him off," Solskjaer said.

Solskjær on Pogba's injury: "It seemed like a muscle injury. He's fine, we'll check him out tomorrow and we'll see how serious it is. I hope it's not too bad but he didn't carry on so had to take him off."  #mulive [men]

Chelsea have reportedly joined the race to sign Jadon Sancho this summer. Sancho was heavily linked with a move to Manchester United last summer. 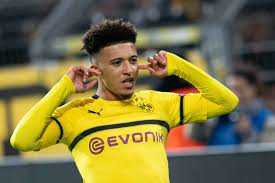 As per Sport1, the Blues will provide some competition to Manchester United for the England international.

New Chelsea manager Thomas Tuchel is expected to make some signings in the summer to stamp his authority on the squad, and Sancho could be one of them.

Dortmund are expected to sell Sancho in the summer, and they have lowered his asking price from last summer’s £108 million.

It remains to be seen if Manchester United will make an approach for Sancho as the right-wing position is still up for grabs at the club. The likes of Marcus Rashford, Paul Pogba, and Mason Greenwood have all been used in that role.

Sky Sports pundit Jamie Carragher has said that Manchester United don’t fancy the title race, after once again dropping points in a game they should have won.

United conceded an injury-time goal against Everton to drop two points, and are now two points behind Manchester City in the Premier league, who have two games in hand.

“I think it’s only Liverpool that can stop them because I don’t think Man United even fancy it,” Carragher said on Sky Sports.