By Risingphoenixblogs (self media writer) | 10 months ago 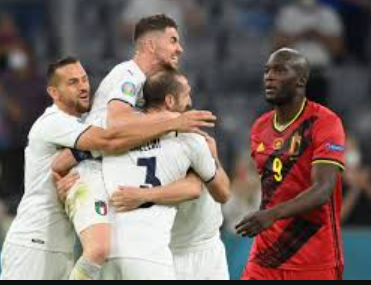 Italy are through to the semi's thanks to two first half goals from Nicolò Barella and Napoli ace Lorenzo Insigne.

The two teams created good goal scoring opportunities but it was Italy who broke the deadlock just after the half-an- hour mark through a goal from Inter Milan midfielder Barella. Barella showed some fancy footwork inside the box to deftly evade three Belgian defenders before slotting the ball past a helpless Thibaut Courtois. The Italians got their second goal through a wondrous strike from Lorenzo Insigne in the 44th minute before Belgium pulled one back three minutes later courtesy of a Lukaku penalty.

The foul was committed by Italian defender Giovanni Di Lorenzo on Rennes' precocious talent Jeremy Doku before Lukaku stepped up to make the scores 1-2 at the stroke of half time.

The second half saw a Belgian team that came out with guns blazing. They created good opportunities but failed to score the decisive equalizing goal due to a spirited Italian defence led by Chiellini of Juventus. 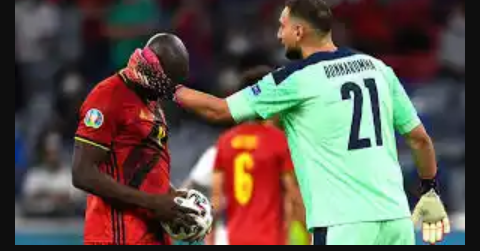 At the end of the match Belgium were left to rue missed chances, indeed it was a match to be forgotten for the team touted by many to win the competition.

The golden generation have failed to live up to their lofty expectations, but all hope is not lost for them. They will hope to put this defeat behind them as quickly as possible so as to look forward to what can be achieved in Qatar next year. 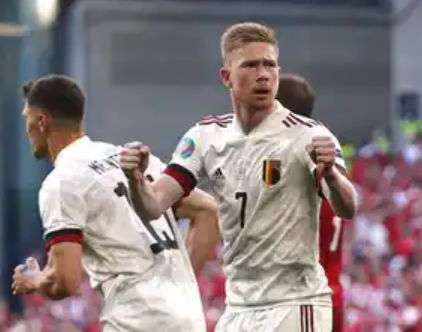 Content created and supplied by: Risingphoenixblogs (via Opera News )