5 goals in 9 minutes, 6 Ballon D'ors and Three World Cups - Which of these records cannot be broken?

By AminullahiMuritala (self meida writer) | 13 days

Over the years and across the decades, there are a lot of records that has been set on the stages of international football and at club levels. Some of these records are so unique to the extent that it could be a one-in-a-lifetime experience.

Just of recent, Borussia Dortmund sensation Erling Haaland set the record as the quickest player to reach 20 Champions league goals. There are many other records that have been set in football but our focus is going to be on the ones that seem almost impossible and toughest to break.

Barcelona Skipper Lionel Messi holds the record for the highest number of Ballon D'ors ever won by an individual. The Argentine forward has won the award on six different occasions, part of it was winning if consecutively for four years.

Christiano Ronaldo has however won it five times but given the failed ambition of Juventus in the UEFA Champions league and their slip up in the Italian Serie A, it doesn't look like Ronaldo will match Lionel Messi's record this season.

Another record in football that could stay unbroken for a very long time is Robert Lewandowski's five goals in just 9 minutes in a German Bundesliga game. 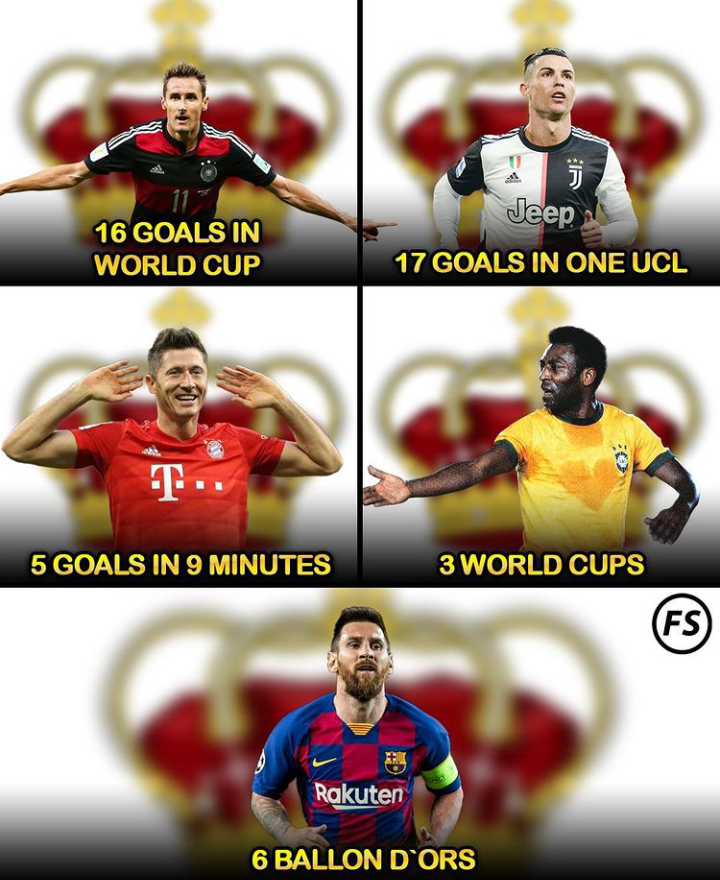 Which record do you think is likely to be broken sooner? Let us know what you think by commenting. Don't forget to like and share. Please follow for more updates.