By Politics_Today (self media writer) | 1 year ago With just two matches left to conclude the 2019/2020 premier league season, the top four clubs to represent England for the 2020/2021 champions league is still yet to be decided. 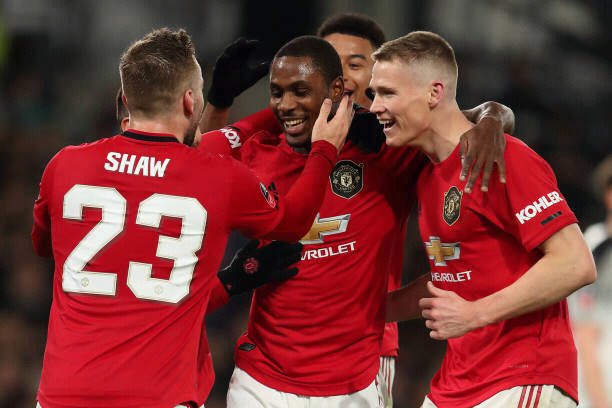 Although Liverpool are the winner of league after a long strike which have earn them an automatic qualification for nest seasons Champions League while Manchester City who sit in second place are more than six points clear off Chelsea who are currently in third place in the premier league table. Chelsea are one point above Leicester United while Manchester united still remains in Fifth place with one point behind Leicester. The point difference between these three clubs can be overturned with just one game. Chelsea is been seen as favorite to qualify alongside Liverpool and Manchester City leaving Leicester and Manchester United to battle between their self on who will be left behind. The blues will take on Liverpool in their nest match and then face Wolves to complete their league games this season. With just a single draw and a win in either of their two matches Chelsea have sealed third place in the premier league table. Manchester united will face West Ham and Leicester in the final two games while Leicester will take on Tottenham before facing the Red Devils. Chances of Manchester United to secure a champions league spot will be cut short if the Reds lose or draw their nest game before facing Leicester who I believe will be difficult for the Reds to defeat. Should Manchester united and leicester win their nest game and play a full time draw when they meet, United will be out of Champions League team to represent England. From My analysis, West Ham United who are battling with teams in the relegation zone will not lose a point to Reds while Leicester who every belive will loss point against Tottenham will not be an easy side for United to win against since both teams are in the race to play champions league nest season.

To conclude it all, Manchester united will not be included in Premier league four clubs to play champions league nest season.

Content created and supplied by: Politics_Today (via Opera News )