By Titolistic (self media writer) | 1 year ago

In a revealing interview with Spanish TV station La Sexta, the Barcelona star revealed his true feelings about Cristiano Ronaldo. When asked a series of questions about who he admired in sport he said "There are many admirable athletes. Rafa Nadal in tennis , Federer, Lebron in basketball. In all sport, there is always someone who stands out and his admirable for his work". "Cristiano Ronaldo stands out in football, there are many who stands out and always do their best". 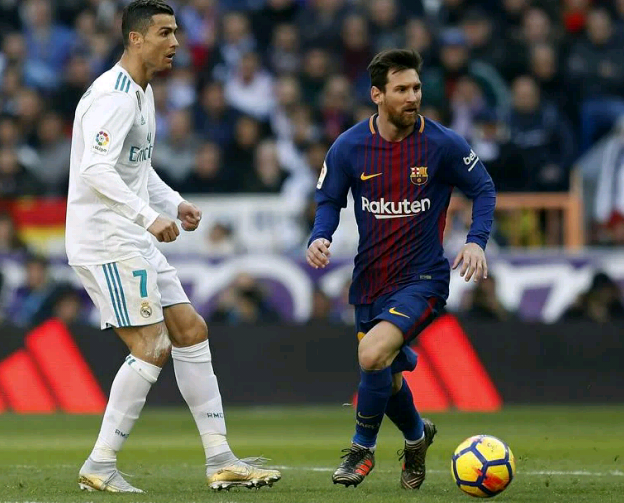 This comment from Lionel Messi has established again that the two football superstars did not see themselves as rivals but rather admires each other. Cristiano Ronaldo also said few months ago that he did not see Messi as a rival but a friend. Both players have been challenging each other in the field of play. The rivalry between them has kept the sport interesting for the past decade. 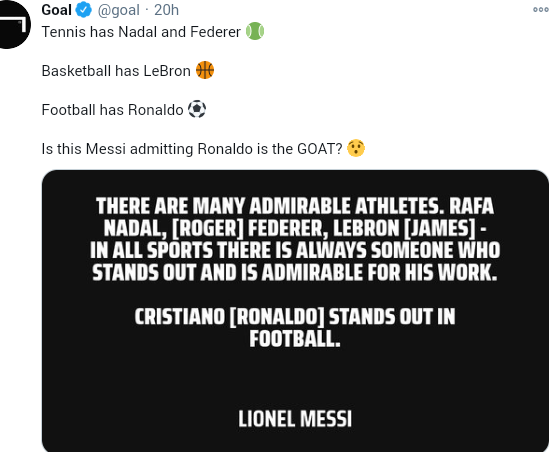 However, some people thought that Messi's comment is a way of recognizing Cristiano as the better player than himself. But a critical analysis of the comment shows that it could be taken as a compliment rather than a fact. Both players still have few more years to play and they aren't showing any sign of quitting at the moment. We hope they keep achieving more greatness and set greater records before their retirement. 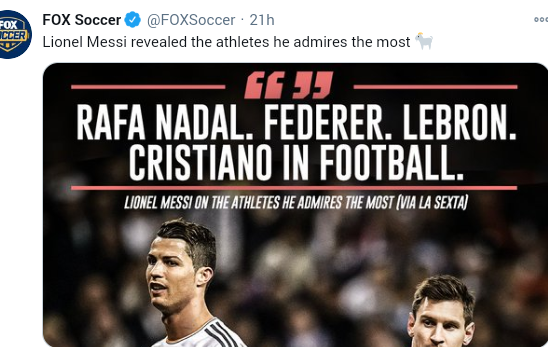 Content created and supplied by: Titolistic (via Opera News )