The Spanish giants won the la Liga trophy, after their win over Villareal on Thursday. Making it the 34th la Liga title, and the first since their former talisman Cristiano Ronaldo left the club.

Ronaldo's departure with no doubt affected Real Madrid's dominance in Europe, which made them lose their fear factor. After the 2018 FIFA world cup tournament in Russia, the Portuguese left the club for Serie A giants, Juventus, for a fee of 100 million dollars. 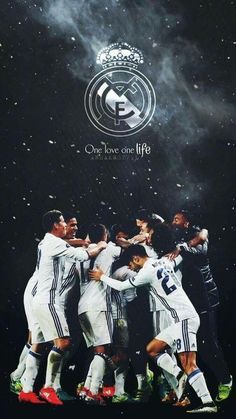 Zinedine Zidane also left the club after winning the champions league trophy three times consecutively. The Spanish club then announced Joe Lopetegui as their Manager in the following season. Real Madrid's first season without Ronaldo was terrible and disappointing after being knocked out of the Spanish Copa Del Rie, Champions league by Ajax, and Barcelona won La Liga. This sparkled reactions and criticism from fans all over the world.

After just six months, Real Madrid sacked Joe Lopetegui after a disappointing result, replacing him with his assistant. Then few months to the end of the season, Zidane returned to the club for the second time as the club's coach, which eventually, ended trophyless. Then in the 2019/2020 season, Real Madrid bought in Eden Hazard from Chelsea for a fee of 130 million euros, after the arrival of the former goalkeeper of the Blues, Thibaut Courtois. Real Madrid began this season with fair results before getting back on their feet. But unfortunately, they were eliminated by Real Sociedad from the Spanish Copa Del Rie in February.

Congratulations to Real Madrid for winning the league title. But it seems La Liga would be their only success this season, because they were defeated 2-1 by an English club, Manchester City at Bernabeu, during the UEFA Champions League knockout stages in March. Though, there will still be a replay match at Etihad Stadium for a return leg. But the English sides are so strong at the moment to be knocked out, with the advantage of beaten Real Madrid at the Barnabeu. But hopefully, the Spanish giants will give their best to progress to the quarter-finals stage.

For me, Real Madrid may have won the league. But, Cristiano Ronaldo remains their Best player and the missed hero, whom, in his era in Real Madrid they were the best in Europe. At a time when Real Madrid players set on the pitch, opponents already accept defeat. They had this fear factor which made them the most powerful club in the world.

I am a Real Madrid fan but honestly, since Ronaldo left the club, I lost the passion of watching the club's matches to date. Even Classico matches suck, Real Madrid lost millions of fans and most people do not even care whether Real Madrid is playing or not. This is the effect of Ronaldo, and if you doubt or disagree with my opinion, let me give you the tips of the Iceberg. 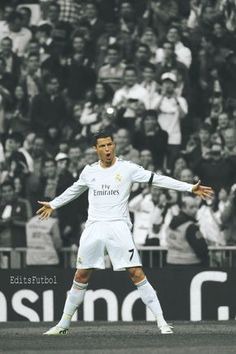 Ronaldo is the best scorer of Real Madrid with a record of 450 goals in 413 matches in 9 years for the club, making it the ratio of 50 goals a year. The Ronaldo effect overturned Guardiola's Barca dominance after breaking records after records. In the 2015/2016 Champions league knockout stages against Wolfsburg, Ronaldo overturned defeat by scoring a hat trick at the Bernabeu to progress to the next stage. which eventually led to their 11th Champions League title. He went on to do the same against Athletico the following season, and against Juventus in the third season. Real Madrid was the best club Ronaldo had, but Ronaldo remains the best in the history of Real Madrid.