Martial Out, Ronaldo In: Two Ways Man United Could Lineup To Thrash Aston Villa On Saturday.

Manchester United manager Ole Gunnar Solskjaer will be desperate to return to winning ways after crashing out of the Carabao Cup earlier than expected. The Norwegian boss made eleven changes in the squad that beat West Ham in the premier league in the name of resting the players. 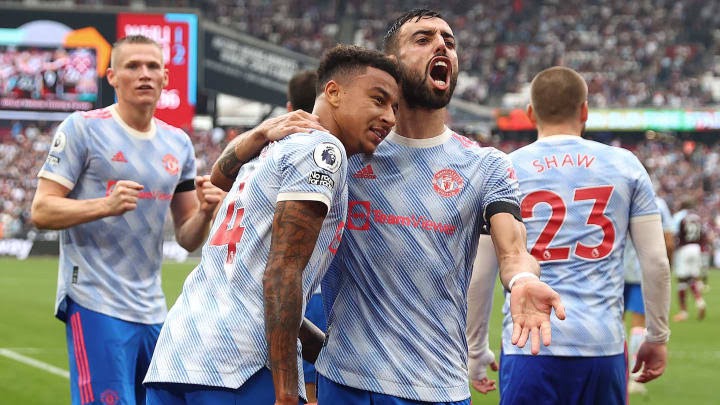 He got punished immediately for his actions, and because of this, he will now be desperate to make it up with a win against Aston Villa in the Premier League on Saturday.

Solakjaer will name a strong squad that will be capable of thrashing a strong Aston Villa side that nearly got Chelsea eliminated in the Carabao Cup. Aston Villa will be without Axel Tuanzebe because he is on loan in the club, and cannot play against his United. 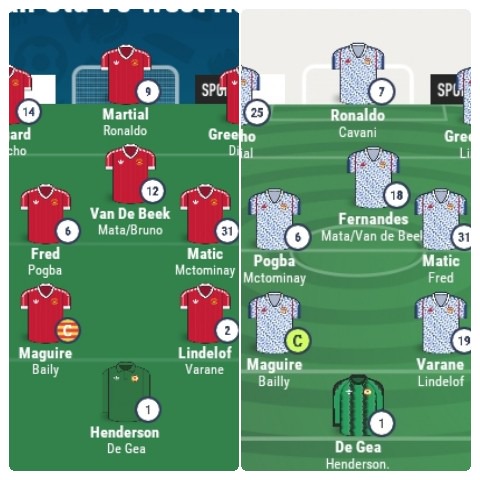 Ole Gunnar Solskjaer has once again provided an update on the recovery of Marcus Rashford. The Norwegian revealed that Marcus is stepping up his recovery process, and the team can have him back in mid-October, and that is against Leicester City after the international break. 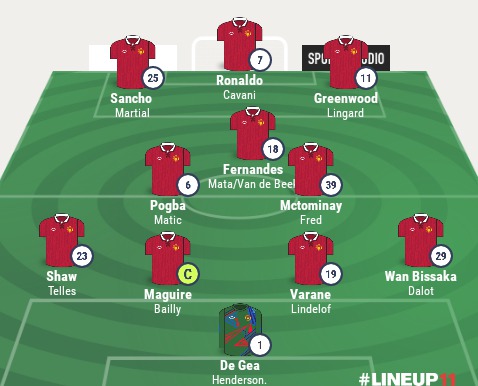 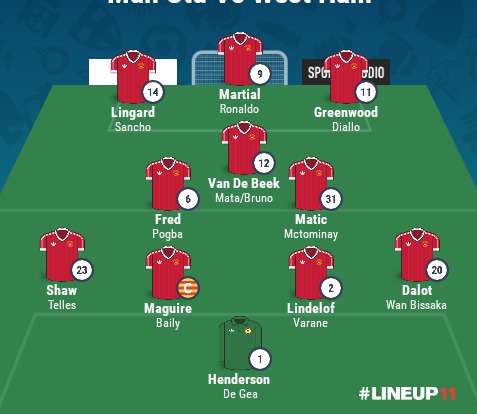 Edinson Cavani on the other hand is working hard to return to the lineup after being sidelined since the arrival of Cristiano Ronaldo.

Here are two ways Manchester United could line up against Aston Villa.