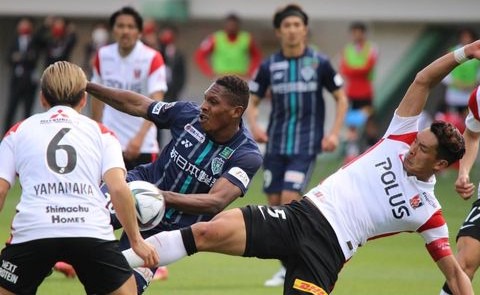 Nigerian-born striker, John Mary Uzuegbunam was born on the 9th of March, 1993 at Nnobi, Anambra Nigeria and plays as a professional footballer for Avispa Fukuoka in the J1 League as a forward.

The 28 years old Anambra-born striker represents the Indomitable Lions of Cameroon internationally as he made his long awaited debut for the African giant, and Antonio Conceicao's side this last Tuesday when they played their 2nd FIFA World Cup qualifiers game against Ivory Coast. 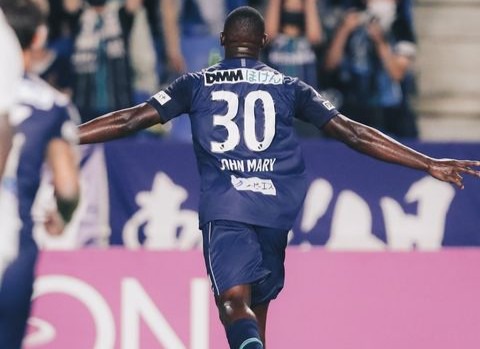 The prolific and versatile forward made his long awaited debut in the 62nd minutes when he was interested for Nicolas Ngamaleu where he was able to impress, but his efforts could not save his team from the disappointing result on his debut. 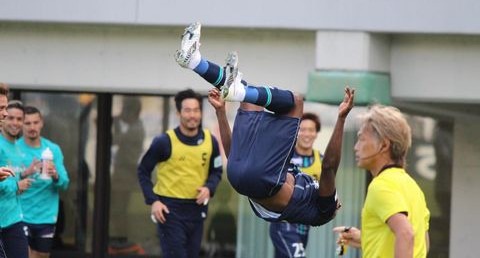 John Mary started his amateur footballing career in Eastern Nigeria before moving to Cameroon where he played at the Cameroonian professional league, before moving to Thailand and later to Slovenian League where he had a successful career scoring about 36 goals in 43 appearances. 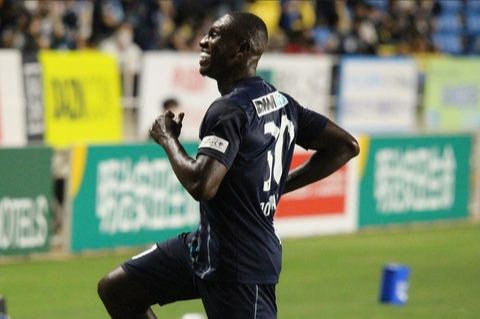 John Mary so far this season has scored a total of three goals for his J-League club, Avispa Fukuoka where he was on loan from Shenzhen this season and still counting.

Congratulations to him for his debut for Cameroon and and as he looked forward to open his score record for the African giant. 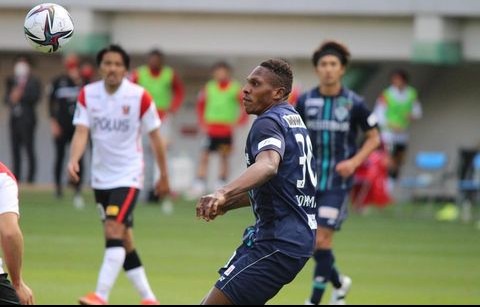