Wembley Showdown, But Who Will Have The Last Laugh? Key Stats, Head To Head, Match Preview. 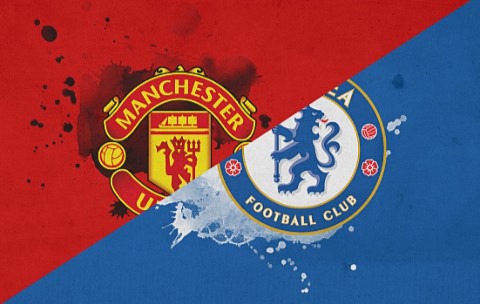 Although not considered a derby in England as both clubs belong to different cities, but due to their large fan base both clubs boast off, a game between Chelsea and United is usually a crunch encounter. As both fans battle it out for supremacy whenever their clubs go head to head.

Having met 3 times already this season with the boys in red coming out tops on all three occasions, they will once again face off in the Fa cup semi finals in what will be a win or lose affair for both teams. Tag it "Supremacy vs Revenge" and you wouldn't be far from what is expected to go down on Sunday, as both teams will be meeting for the 4th time this season for a spot in the finals of the Fa cup. Lets have a look at both teams at the moment.

Both teams have met an impressive 186 times across all completions, with United having a lions share of 81 wins, Chelsea boasting of 54 and both share 51 draws among them. Chelsea currently sit 3rd in the epl table with 63 points, while United are in 5th place on 62 points just a point shy of the blues. Managers: The two teams have club legends as their coaches, as both Ole Gunner Solskjaer and Frank Lampard were once players for their respective clubs which they manage presently. Ole who once had a spell with Cardiff, was brought back by United last season and has been a little bit longer than his counterpart Frank Lampard. The later who was also at championship side derby last season, joined Chelsea for his second managerial spell this season. The two coaches have met just 3 times in their relatively young coaching careers, with Ole having a upper hand after winning all 3 games with 8 goals for United and one for Chelsea. Arguably the two best and inform players for both sides going into the encounter for both teams, as they have been impressive for their team this season. The Portuguese midfielder has been a revelation for United since joining in January from Sporting Lisbon, the Man United man has an impressive 8 goal tally since joining with 7 of those in the epl and 1 in the Europa league. In terms of assist Bruno has 8, 7 in the league and 1 in the Europa. According to whoscored statistics he has a pass success rate of 75.7%, average pass per game ratio of 53.7% and 0.3% through ball ratio. Captain America has also been a standout performer for the blues this season, with nice performances from the wings which has attracted comparisons to Real Madrid's Eden Hazard. Pulisic has a total of 9 goals and 4 assist for Chelsea this season, with 8 goals in the league and 1 in the Ucl while 3 assist in the league and 1 in the Ucl. According to whoscored statistics pulisic has a 2.4% short per game ratio, 79.9% pass success rate and also 2.4% dribbles per game. Team News: The two teams are expected to put out a strong line up at Wembley, United will be without left back Luke-Shaw who is out injured and Brandon Williams who sustained a head injury. Both players are a doubt for the encounter. For Chelsea heading into the game will be without holding midfielder Ngolo Kante and Billy Gilmour, both are ruled out with hamstring and knee injuries respectively. 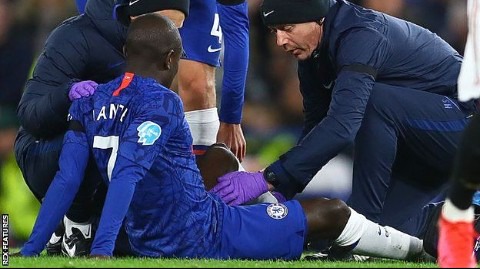 Some key stats from (Opta): United will be playing their 30th semi's the highest by any epl side. Chelsea have won the last five meetings against United in the Fa cup except for last season. United have won 15 out of 17 semi final Fa cup matches. Chelsea on the other hand have won 12 out of 15 Fa cup semi final matches as well.