5 players to watch out this season

By Abedi (self media writer) | 10 months ago

There's going to be a lot of football to watch this season - here's who to look out for along the way. 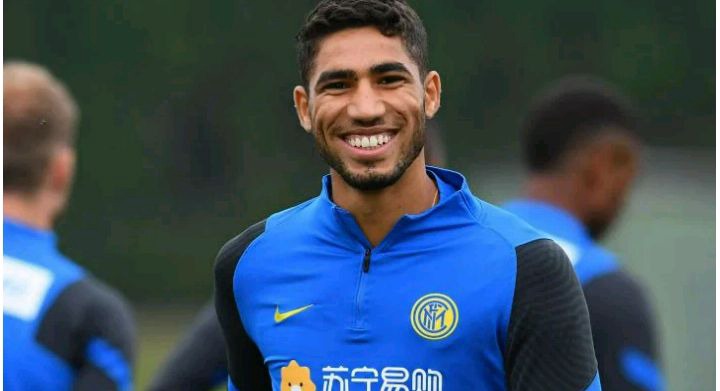 Well, we've compiled an (almost) list of who to keep an eye on in the 2021/22 season. We've gone for players for a variety of reasons, too - and we've gone for a mix of leagues.

The most expensive African footballer of all time seemed like the headline arrival when he touched down in Paris - and though his signing has since been trumped by bigger names, Achraf Hakimi fixes a perennial weak spot in the PSG side with class and pace in abundance.

Mauricio Pochettino has a habit of polishing good full-backs into world-class ones so seeing Hakimi under him could be explosive.

With Danny Ings and Jannick Vestergaard gone, Southampton look in real trouble of going this season. Last season's slow slump into relegation form for the latter half of the campaign is extremely worrying.

So Adam Armstrong arrives with a big responsibility on his shoulders. He's consistently netted in the Championship for Blackburn but now his physicality, speed of thought and pressing will be pushed to the max under Ralph Hasenhuttl.

Albert Sambi Lokonga looks like a Rolls Royce of a midfielder; never in a rush, deft on the ball and positionally precocious for his age.

The new Arsenal signing was signed as "depth" according to the Gunners but with Thomas Partey struggling with injury in the last year and Mohamed Elneny a more conservative option in midfield, the 21-year-old Belgian could well be given more minutes than he bargained for under Mikel Arteta - and he's likely to flourish in a possession-based team.

Aleksandar Mitrovic is an ace card to play in the Championship. Ex-boss Scott Parker didn't seem to trust him in the Prem after his international penalty miss last year against Scotland, opting for loan lads Ademola Lookman and Josh Maja instead.

But Mitrovic has a point to prove, now. At 26, he's approaching the prime of life and wants to prove he's capable of hacking it in the Premier League. What better way than by firing Fulham to promotion?

At just 18 years old, Ansu Fati has been tentatively labelled the next Messi ever since he was old enough to play for Barcelona's a-team - but now with the real Messi gone, he's gone a chance to make his own name.

Fati is one of the few defence-stretching players available to Ronald Koeman. The world is watching to see how he recovers from the injury that kept him out of Euro 2020 and whether he can start delivering on the promise he's shown from such a young age: the stage is his, now.

Content created and supplied by: Abedi (via Opera News )