Giroud Vs Benzema: Ahead Of Clash, Checkout Their Performances So Far In The Champions League 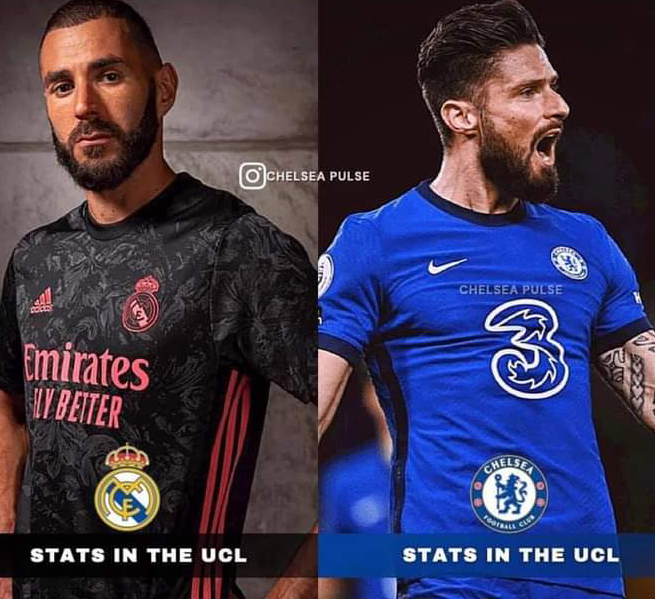 Recently, Both Madrid and Chelsea fans have argued who is better between Giroud and Benzema. No doubt the two players are profilic strikers who have proved themselves as top "9" both for their clubs (present and past) and country in previous years. Having similar qualities especially when it comes to scoring with their heads, defenders find it difficult to stop them when their is a free ball in motion. 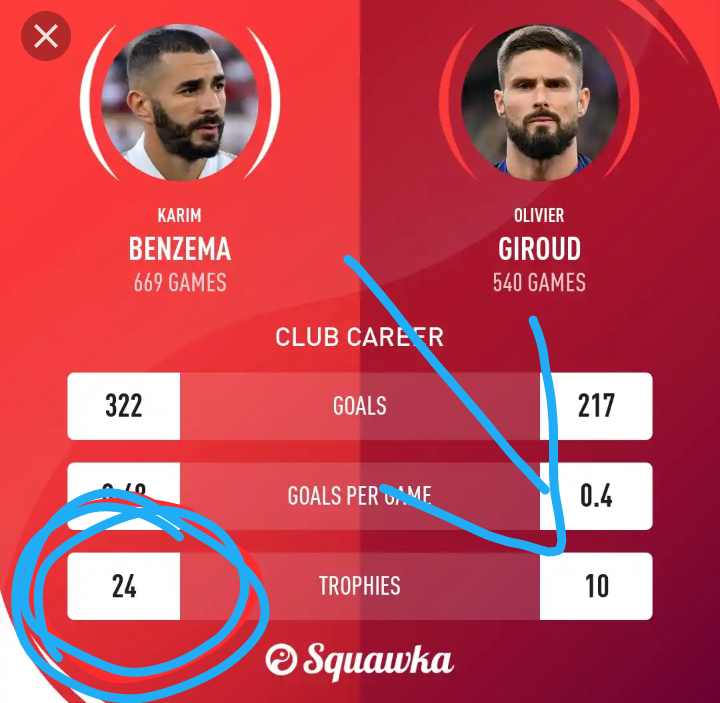 Despite not having a good playing time for Chelsea due to Chelsea's plenty striking options, he has been outstanding with just 2 starts in the champions league. Below are their Champions League stats so far this season;

Take a look at Benzema stats so far in this year's UEFA Champions League:

Take a look at Giroud stats so far in this year's UEFA Champions League:

As you can see from the stats above, it shows Giroud has performed better despite starting for Chelsea twice, compared to Real madrid's Benzema who has started 6 times for his club in the champions league with five goals to his name.

what can you say about these two players?

Seeing their stats what do have to say about it? 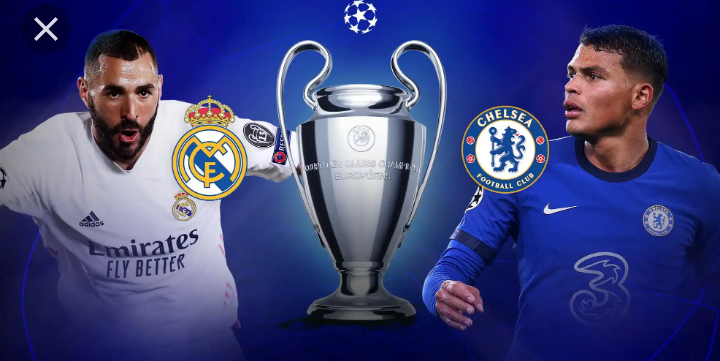 However, the two would have a chance to face each other in the champions league as Chelsea battles Real Madrid in coming days. Then we can see how well they would perform.

Meanwhile, see what fans are saying about the two of them; 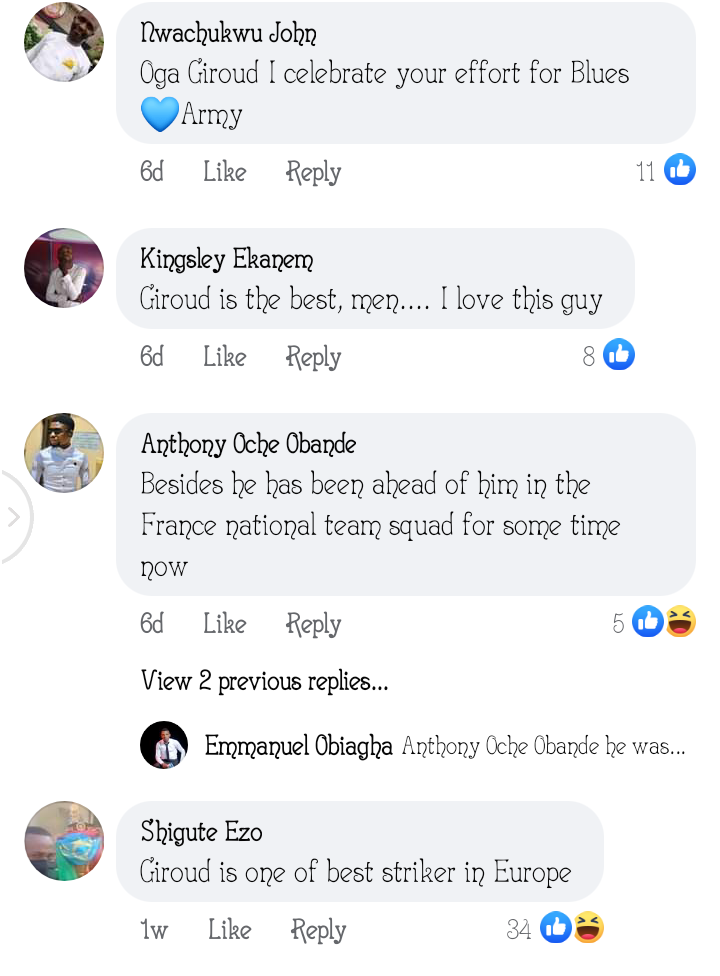 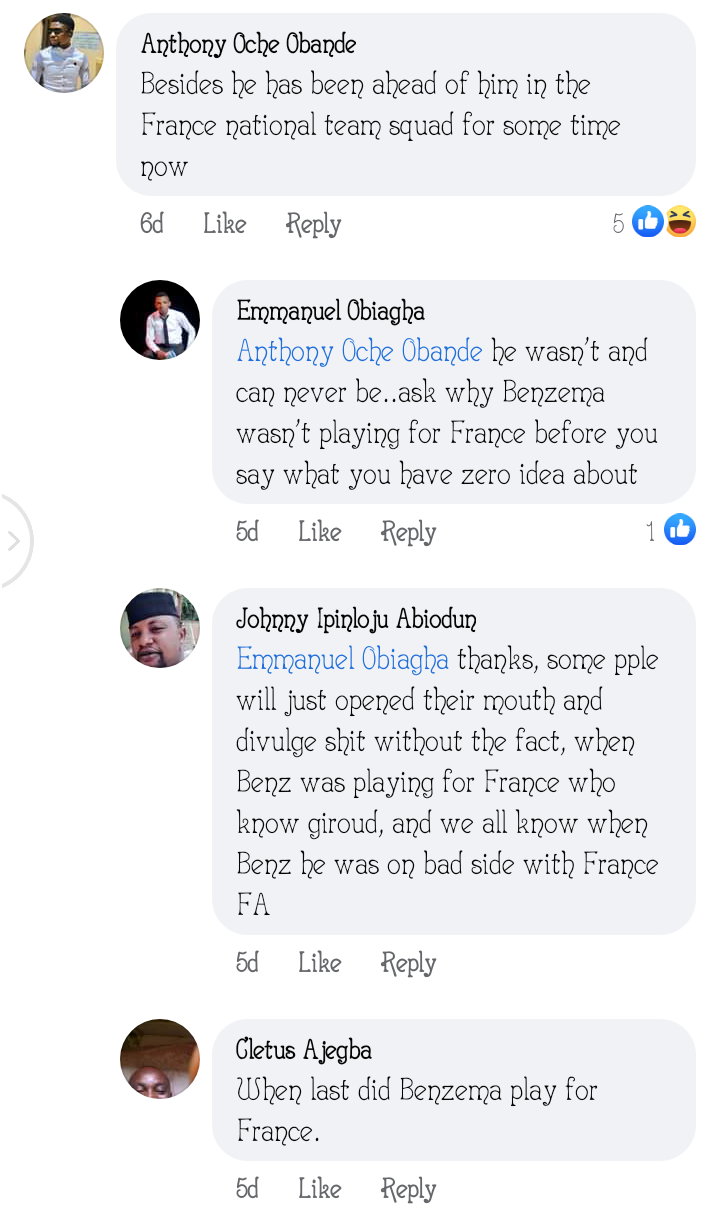 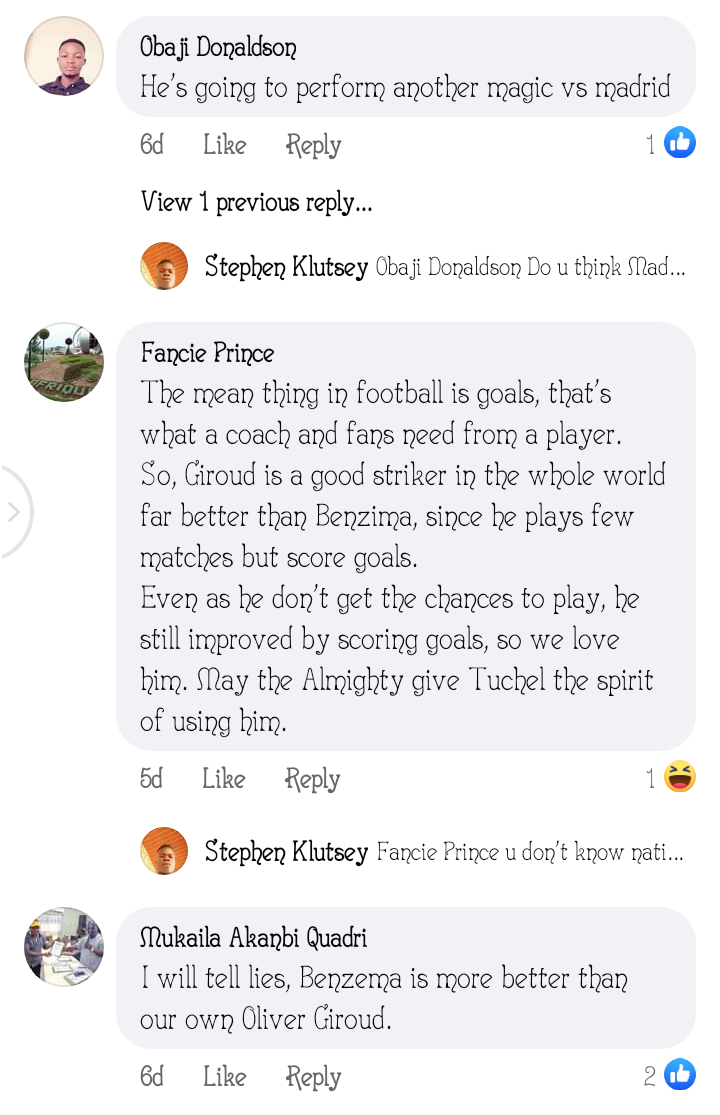 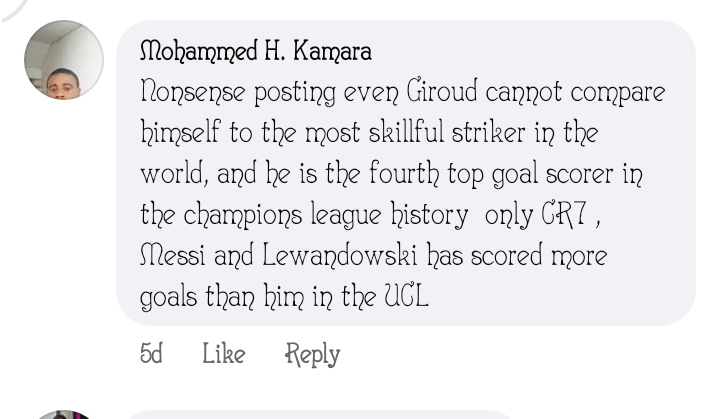 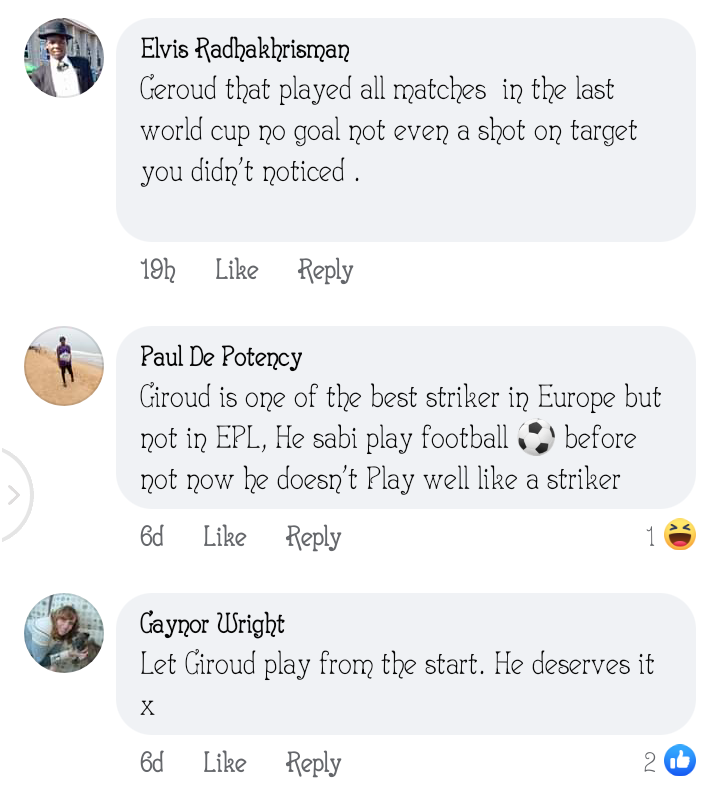 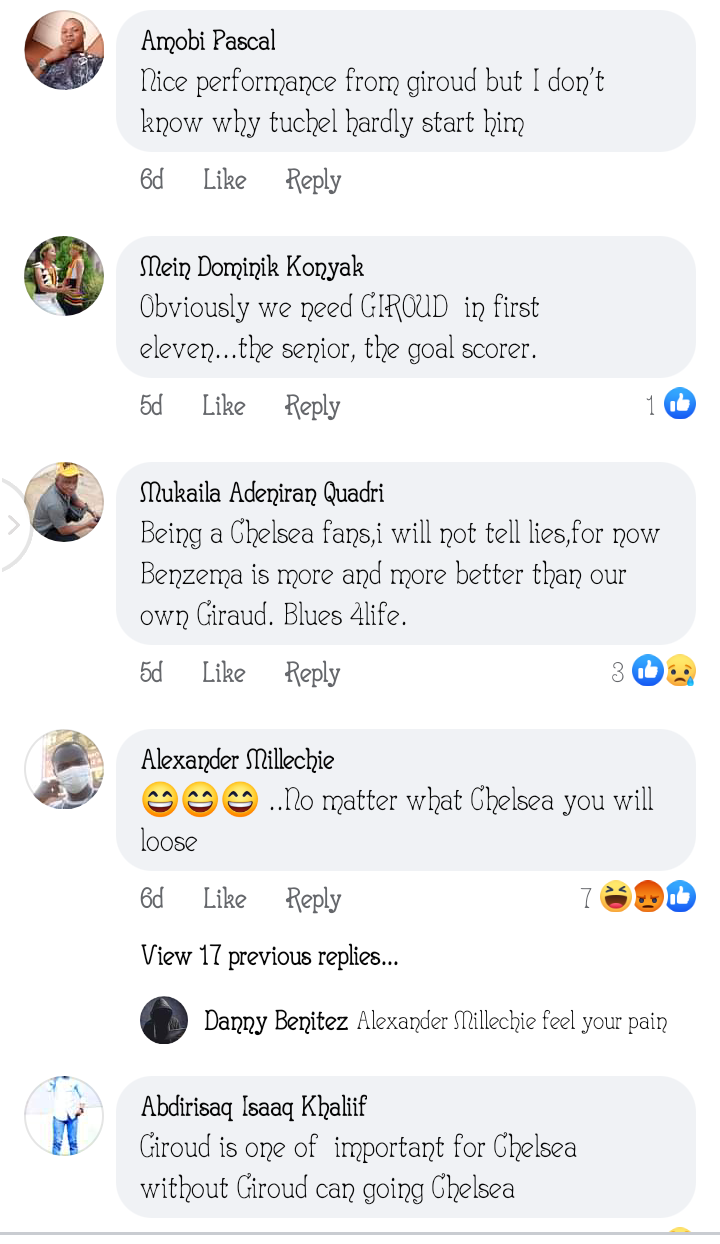 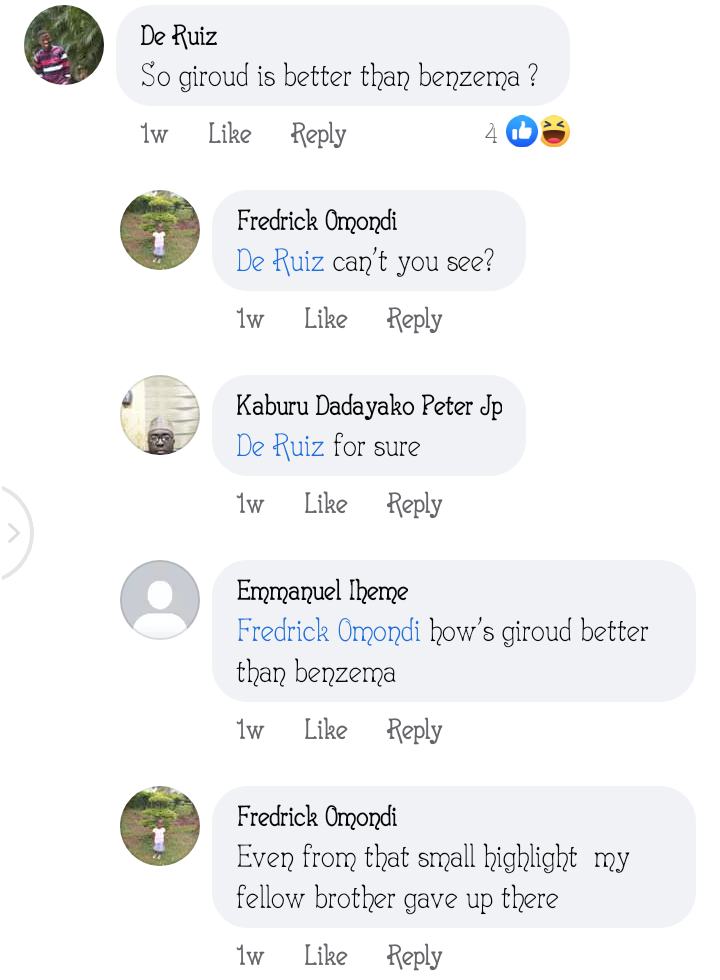 As We Celebrate Mother's Day, See Lovely Pictures Of Brides With Their Mothers On Their Wedding Day