Nigeria 1 Vs India 99 football match. Was it true?

In Nigeria as a young child, what some of our elderly ones told us then about India not participating in FIFA world cup was so funning and interesting though not true.

What some of us were told was, Nigeria and India played in 1999 in England, during which Nigeria scored "1" goals against India which scored "99" as a result of this, India was banned from participating again in any FIFA cup because everyone believed India used "juju" charm against Nigeria to score all the goals.

But if you also believe this tale, this is for you. 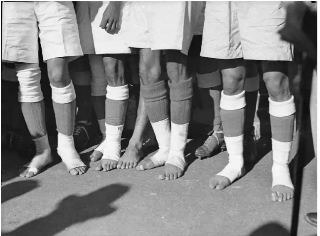 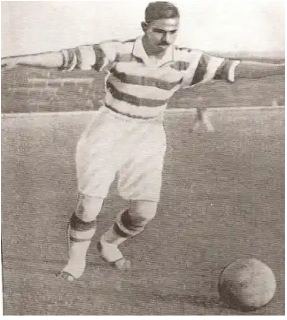 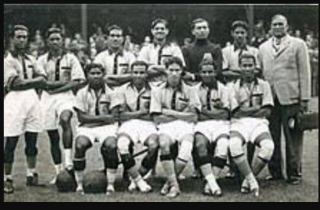 India surprised the world with their performance in the 1948 Summer Olympics in London, England. The Indian national football team, with every player playing without footwear (some players played in socks while most played barefoot), lost to France in the first round by the razor thin margin of 2-1 (and actually were tied with France at 1 all 70 minutes into the match) . This match already drew a great deal of attention as the 1948 Summer Olympics was the first time that India was performing in an international tournament as an independent nation (after gaining their independence from Great Britain). However, the fact that the Indian team did all of this in bare feet drew the most attention.

Fédération Internationale de Football Association (FIFA) made it clear to India that they would not be allowed to play in the 1950 FIFA World Cup without footwear. Then a curious thing happened. You see, when determining the make-up of the 1950 World Cup, FIFA determined that obviously the two defending finalists, Brazil and Italy, would be guaranteed spots. That left fourteen spots that needed to be filled. FIFA decided that seven of those spots would come from Europe, six would come from the Americas and one would come from Asia. The problem was that of the four Asian teams that were invited to the World Cup, three of them (the Philippines, Indonesia and Burma) withdrew from the tournament before the qualification round. Therefore, India earned an automatic spot within the World Cup. It would be India's first time appearing in the World Cup but India, too, withdrew from the tournament because FIFA would not allow them to compete barefoot.

India is very good in the game of cricket, that is why if you're a lover of India films, the only game they normally show on their TV or if they want to play any game in that movie would always be cricket. India if not number one will be number two among countries that play cricket.

Content created and supplied by: Bankck1 (via Opera News )

MUN Vs ATA: Ole Gunnar Solkjaer Should Try Out This Strategy, Benching Ronaldo For Edinson Cavani

CHE VS MAL: 3 Offensive Options Thomas Tuchel Could Use Against Malmö Today

Man United May Perform Better Vs Atalanta By Benching 3 Players

MAN U Vs LIV: Three Things Man United Must Do To End Liverpool Unbeaten Dominants

3 Players Doing Better Than Messi And Ronaldo This Season

2 Candidates Who Are Favourite To Win The Anambra Governorship Election