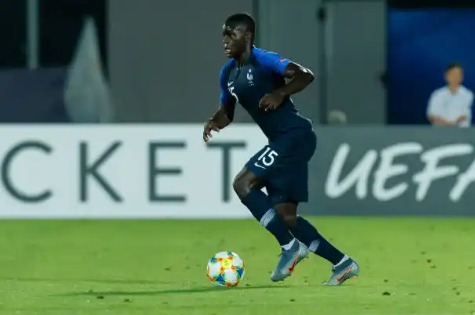 Throughout the whole campaign, Arsenal have struggled defensively while Arsenal Boss, Mikel Arteta has to rotate both left-backs Sead Kolasinac and Kieran Tierney as Centre-Defender since moving to back three formation. Therefore, There's a big need for the Spanish Boss to bring in a new Centre-Back defender this summer amid William Saliba's arrival. With several surplus to requirements Centre-back like; Callum Chambers, Mustafi and Sokratis likely to moved on.

This has made Arsenal to turn thier attention to Malang Sarr, who is a free agent after his contract with Nice in French Ligue 1 expired. The North London club has reportedly held talks with Sarr who is also wanted by top European Teams including Torino, but haven't offered him a deal yet until they(Torino) know if they will be playing European football next season.

Malang Sarr had a remarkable season with Nice after playing 19 matches for Nice before the Ligue 1 campaign was cancelled, and did not suffer defeat in the last 9games, Keeping three clean sheets.