Football, otherwise known as soccer has been around for centuries and is the game almost everyone loves to play and watch. There is no denying the facts that both C. Ronaldo and Leo Messi are the two best players in the world currently, as both has won the FIFA Balloon d’Or 5 and 6 times respectively.

But then, football lovers always converse and debate over who is better between the both of them. There is always ‘Messi vs Ronaldo’ competition going around ranging from the field of their wives, houses, cars, children, hotels, and humanitarian works. 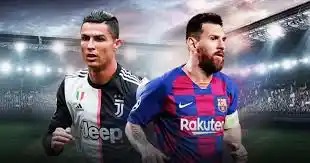 I was once one of those who take pleasure in comparing the two best players of all time until I had a change of mind due to some reasons. Here are reasons why people should stop the comparison….

C. Ronaldo also known as CR7 played from different clubs like Manchester united, Real Madrid, Juventus (where he is currently playing) and his country Portugal. On the other hand, Messi used to play from football club Barcelona and country Argentina. I see no point in comparing the two when they both play in different clubs and league.

2. They are two different people. 3. We put our love for each players first before considering their achievement.

No matter how much or little they perform, our love for one will make us put one before the other. This is unacceptable.

4. Comparing them has led to many Arguments and Deaths. One thing worthy of note is that, the comparing of C. Ronaldo with Leo Messi has put an end to friendships and caused many deaths around the World. Why fight and killed one another over something irrelevant? In conclusion, If you think C. Ronaldo is better than Messi or vice versa, keep your opinion to yourself and let us enjoy the games of the two Great players.