After the weekend's action, this is how the EPL, La Liga, Série A, and Bundesliga standings are

Tottenham Hotspurs are leading the premier league table after beating Manchester City 2-0 on Saturday, goals from Son Heung-min and Giovanni Lo Celso were enough to see Spurs move to the top of the Premier League table, they're currently level on points with Liverpool, who were 3-0 winners over Leicester City, Chelsea are third with 18 points with Leicester City fourth. 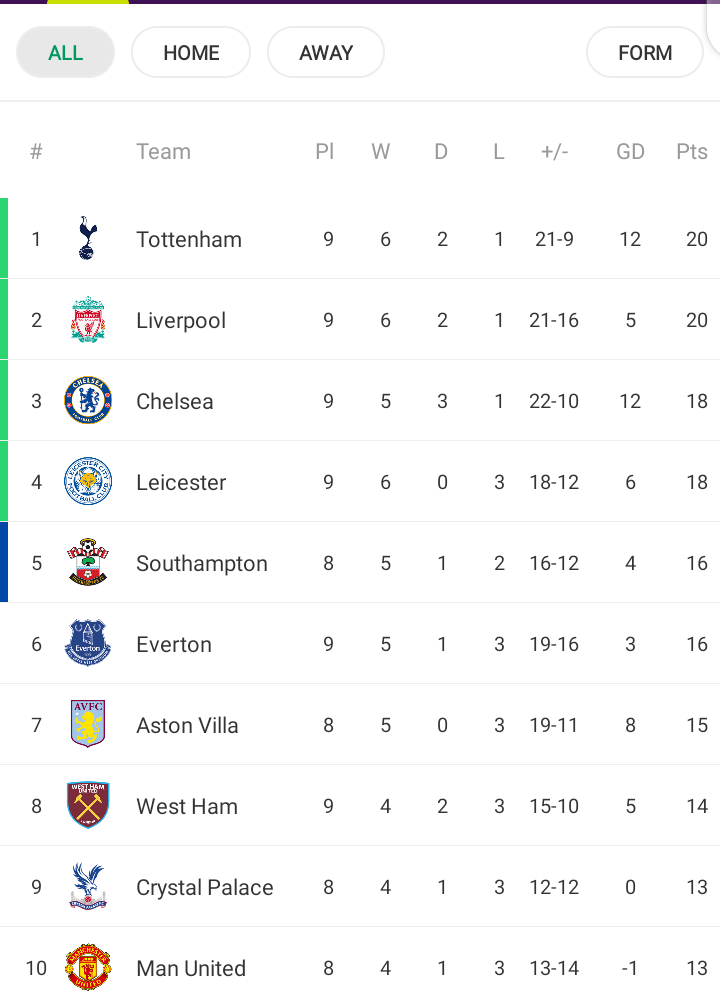 Manchester United are placed 10th after beating West Bromwich Albion 1-0, with a goal from Bruno Fernandes, Arsenal are 11th on 13 points, while Pep Guardiola's Manchester City are 13th with 12 points. The bottom three of the Premier League table has West Bromwich Albion, Burnley and Sheffield United. 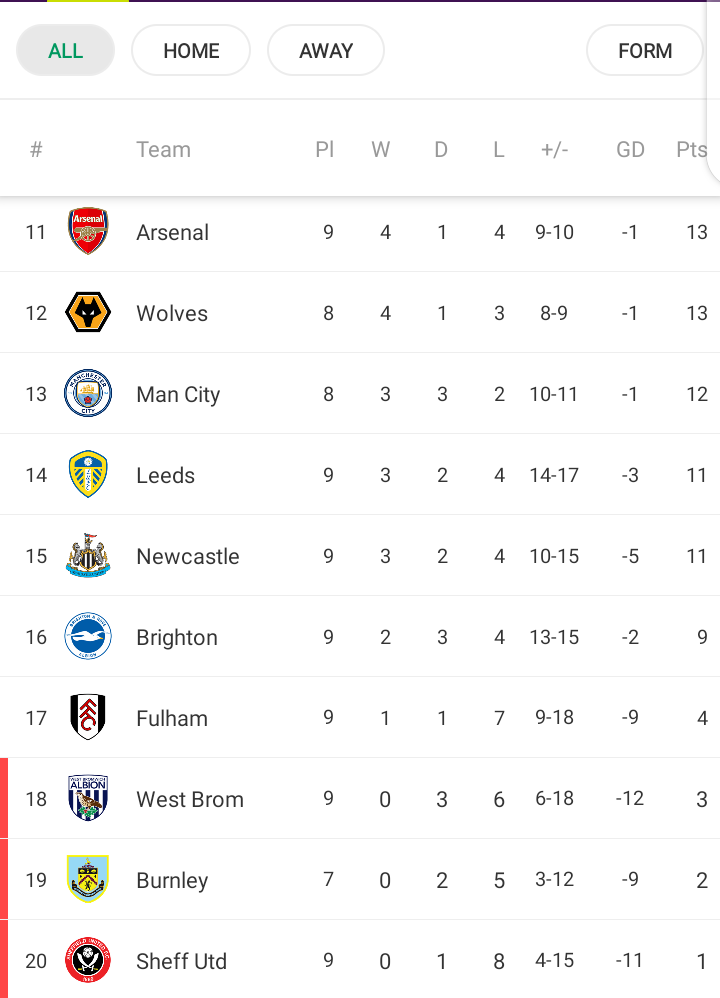 Real Sociedad lead the La Liga table with 23 points after a 1-0 win over Cadiz, Atlético Madrid are placed second with 20 points after beating FC Barcelona 1-0 at the Wanda Metropolitano on Saturday. Villarreal and Real Madrid complete the top four with with 19 and 17 points respectively. 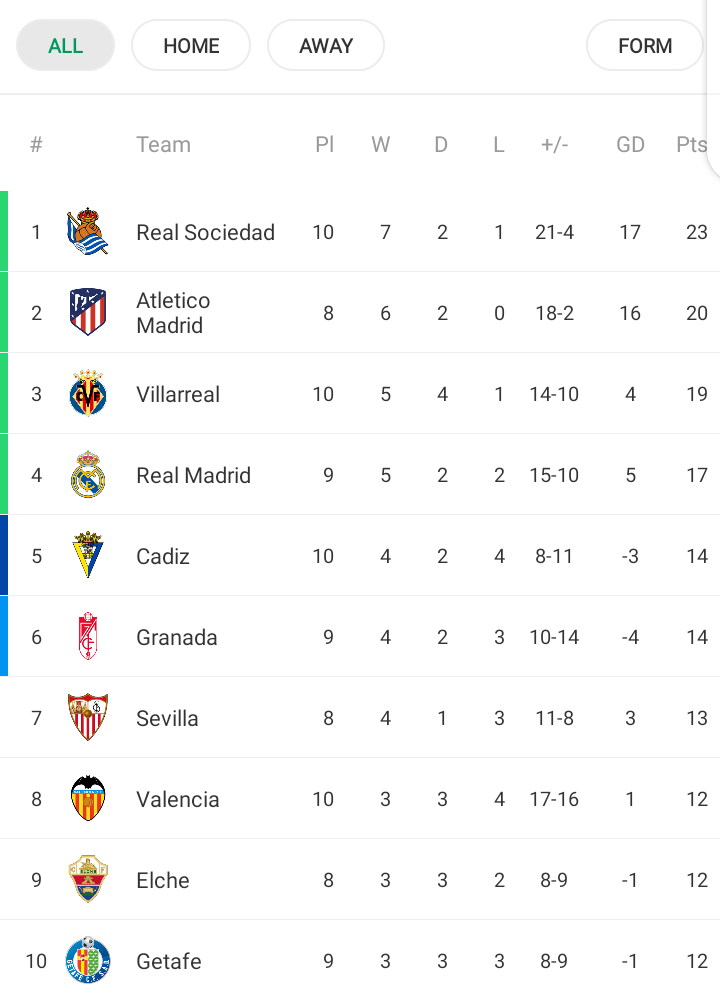 Barcelona are placed 12th on 11 points, with the bottom three comprising of Levante, Huesca and Celta Vigo. 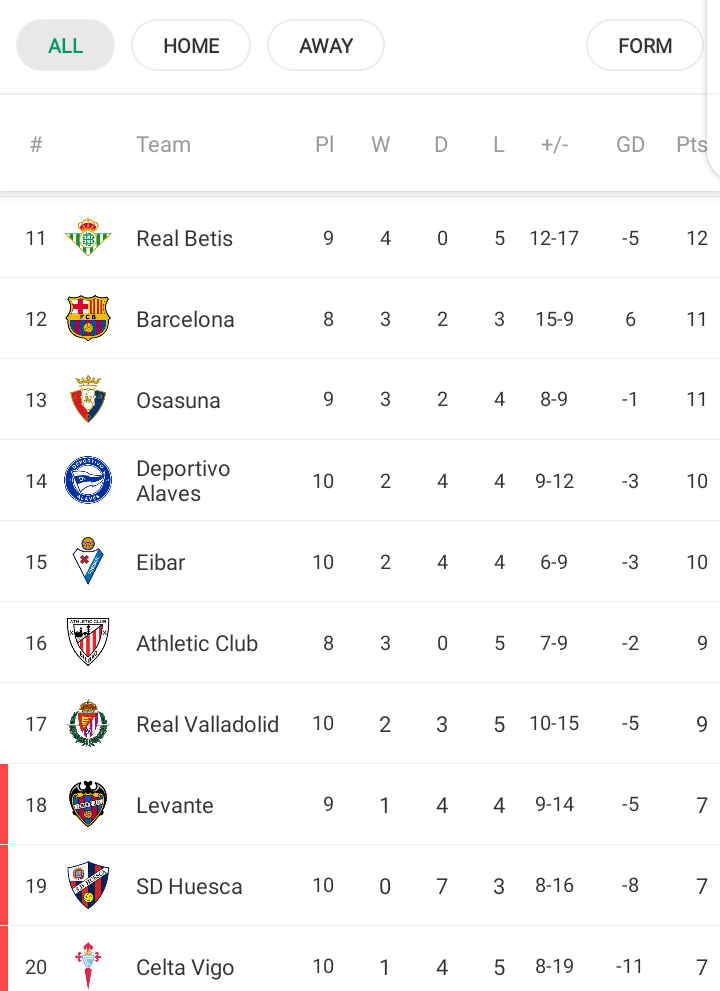 Bayern Munich's grip at the top of the Bundesliga table has been cut to one point after they were held to a 1-1 against Werder Bremen. Borussia Dortmund are placed second after Erling Haaland scored four goals to help Dortmund to a 5-2 win away at Hertha Berlin. Leverkusen and Leipzig complete the top four with 18 and 17 points respectively. Arminia Bielefeld occupy the relegation playoff place with 4 points, while FC Koln and Schalke 04 are placed 17th and 18th respectively. 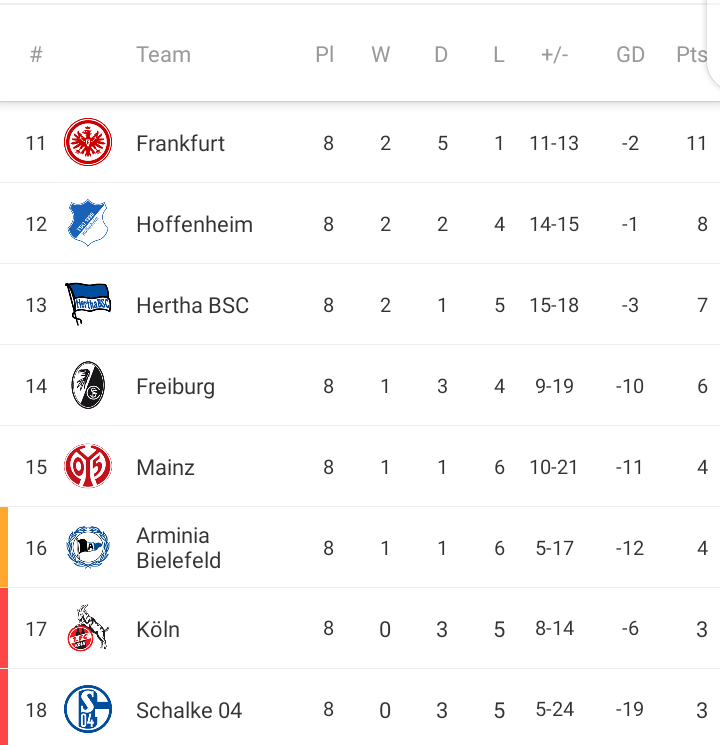 Zlatan Ibrahimovic inspired AC Milan to a 3-1 away win over Napoli, the Rossoneri are leading the Série A table with 20 points, Sassulo are placed second with 18 points, while Roma and Juventus complete the top four with 17 and 16 points respectively. 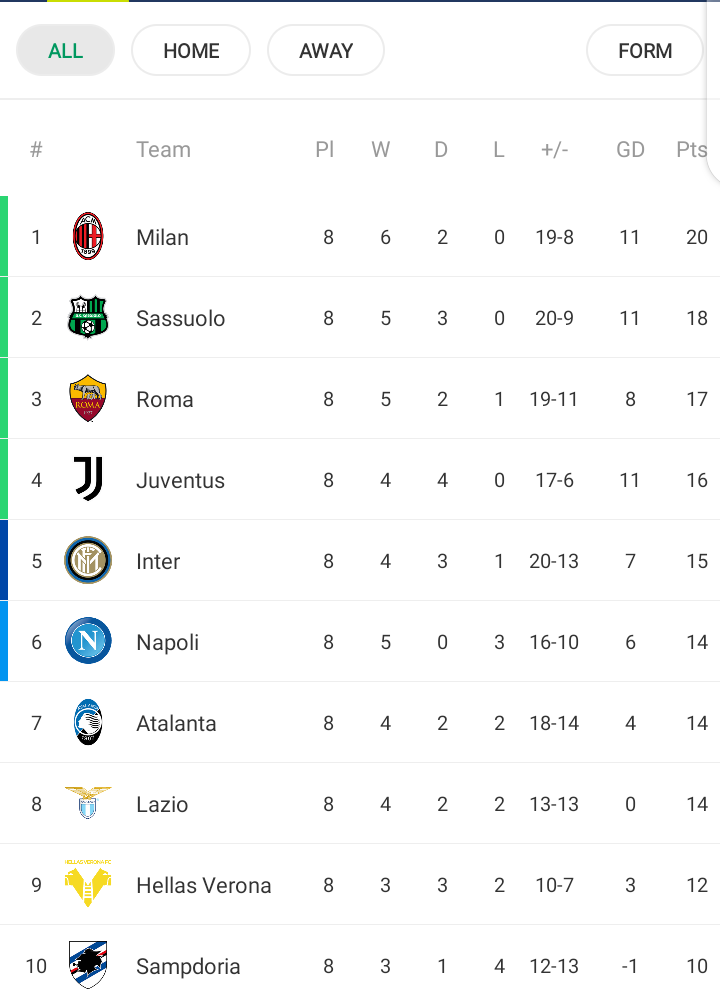 Inter Milan and Napoli are placed 5th and 6th with 15 and 14 points respectively. The bottom three is ocuupied by Torino, Genoa and Crotone. 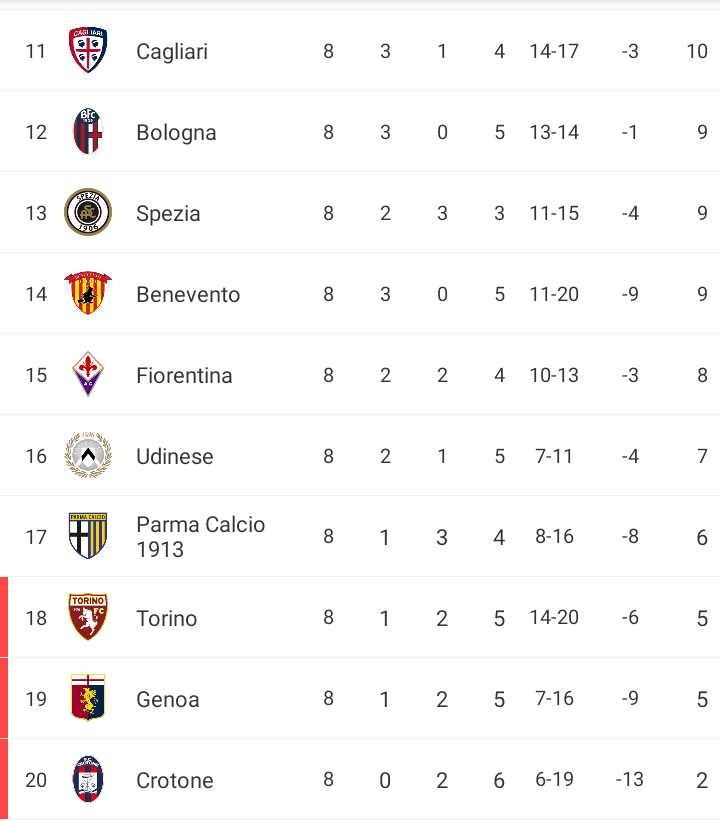