8 of The biggest Upsets in Premier League History

If there's one thing we've learned from the English Premier League's history, it's that some of the most unlikely of outcomes may occur on any given day. As we've seen with some genuinely amazing EPL upsets, this has been the case time and time again. With that in mind, which of the incredible results has been the most bizarre? 8 of the greatest upsets in English Premier League history are discussed in this article. 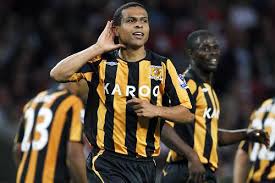 The Tigers completed a remarkable turnaround at the Emirates Stadium with goals from Geovanni and Daniel Cousin in the space of four second-half minutes, leaving Arsenal fans stunned. Arsenal had taken the lead through Cesc Fabregas before the break, but Hull came back to Yorkshire with all three points thanks to a fantastic second-half performance. 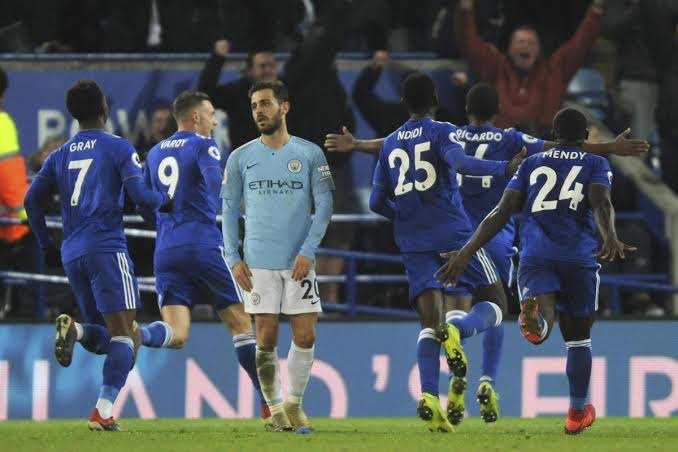 There was a time when Manchester City (and Liverpool, for that matter) would lose Premier League football matches on occasion. City really lost four games in a tense seven-week span in December and January, with this being the first of three upsets to rank among the season's top five then. Pep Guardiola's side were vulnerable travelling to the King Power Stadium on Boxing Day after winning 3-2 at the Etihad just four days before (more on that later). Even still, nobody predicted this, especially when Bernardo Silva put the visitors ahead after only 15 minutes. However, the damage was done by a Marc Albrighton equalizer and a magnificent Ricardo Pereira winner. The champs were missing a few teeth. 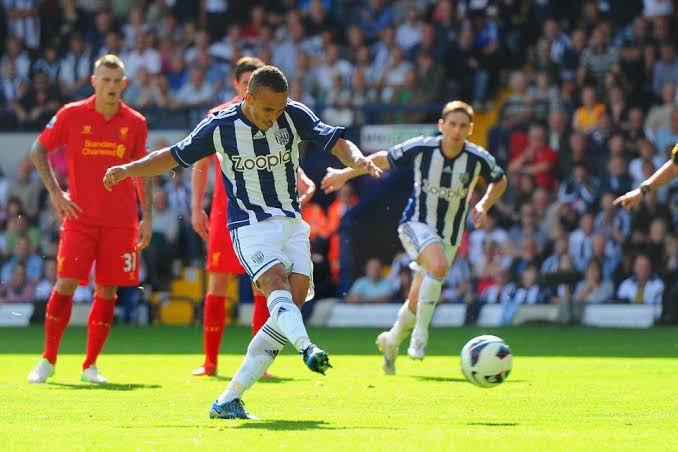 When West Brom were drawn at home against Liverpool on opening day in 2012, the fixtures computer had Baggies fans salivating. The fact that their new manager, Steve Clarke, had been fired as Liverpool's number two when Brendan Rodgers arrived at Anfield the previous season added to the intrigue of the match. Clarke had the freedom of the Black Country after his side had thrashed the visitors 3-0 and even had the luxury of missing a penalties. Back in his home Holland, a young Virgil van Dijk must have watched in horror as the Reds defense capitulated under tremendous West Brom siege. 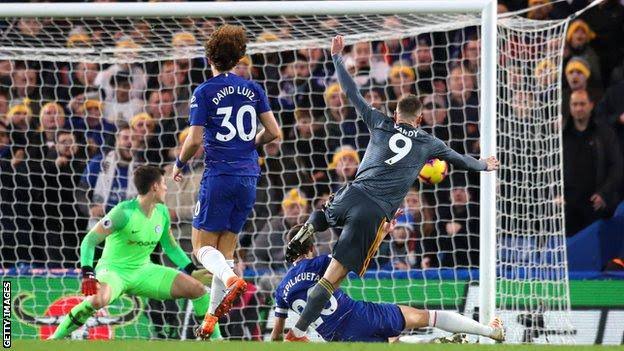 A squad needs a few key things to pull off one of these upsets. A patient, solid backline that can retain its shape and concentration. Solid holding midfielders with the ability to spot danger and intercept dangerous through balls. On the few occasions when they get the chance, a deft offensive midfielder who can turn defense into attack with a stunning piece of skill or a threaded pass. A tireless forward who works hard to pin down opposing defenders and exploit space on the counter-attack. Leicester, with Harry Maguire, Wilfried Ndidi, James Maddison, and Jamie Vardy, are no surprise to be on this list for the second time. The unsung heroes of the game were the defense and midfield, while Maddison set up Vardy for the game's sole goal as the Foxes snatched victory at Stamford Bridge. 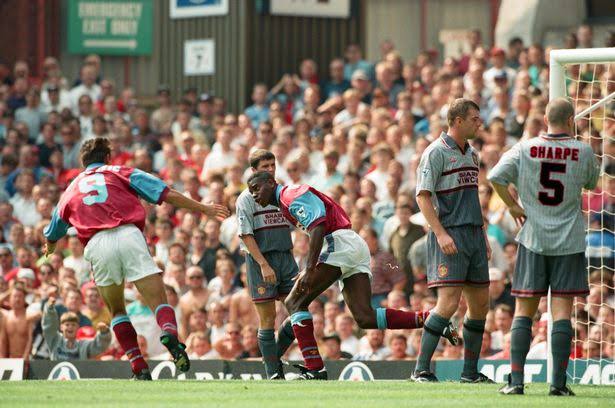 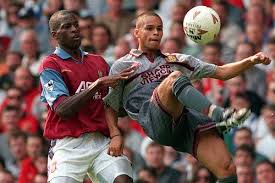 After putting a young Manchester United to the sword at Villa Park on the opening day, former Liverpool defender Alan Hansen – who was delivering the analysis on Match of the Day that evening - butchered United manager Sir Alex Ferguson. What is the explanation for this? For not doing any summer business and instead putting his faith in young up-and-comers like as the Neville twins, Paul Scholes, and David Beckham. "You can't win anything with kids," Hansen said as a result of this. For the second time in three seasons, United finished the season as double winners, and Hansen was never taken seriously as a commentator again. 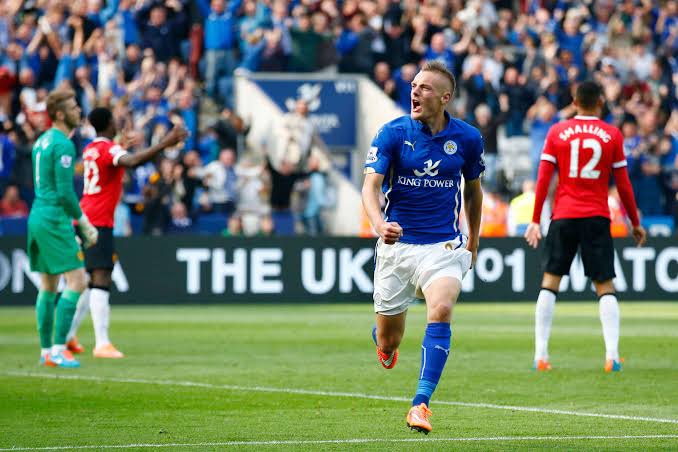 Starting with a game that will live long in the memories of Manchester United fans - but for all the wrong reasons - United's 2014 visit to the King Power stadium appeared to be a simple affair. United's top-four-chasing lineup was stacked with superstars, with a front four consisting of Robin van Persie, Wayne Rooney, Angel Di Maria, and Juan Mata worth a combined £150 million. Leicester, on the other hand, were solidly in the bottom half of the standings, with the prospect of relegation looming big at the conclusion of the season. Everything looked to be going according to plan as goals from van Persie and Di Maria placed United comfortably in front, but fans watched in dismay as Van Gaal's team crumbled in the second half. The resurgent Foxes were spearheaded by Esteban Cambiasso, as goals from the Inter Milan veteran, Jamie Vardy, David Nugent, and a brace from Leonardo Ulloa propelled Leicester to an incredible 5-3 victory, with Ander Herrera netting United's third. 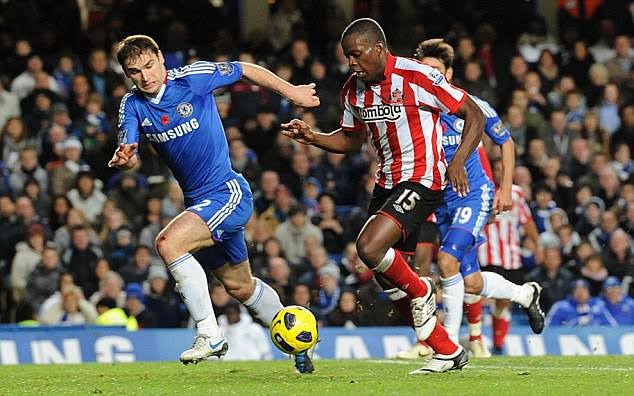 In November of 2010, Carlo Ancelotti's Chelsea were flying high at the top of the table, and a home game against struggling Sunderland appeared a foregone conclusion. Steve Bruce, on the other hand, had other ideas, as did defender Nedum Onuoha, who sped past three Chelsea defenders to score the game's first goal. Despite having players like Didier Drogba, Nicolas Anelka, Ashley Cole, Ramires, and Yuri Zhirkov on their roster, Chelsea were unable to break down a tenacious Sunderland side, who held fast for the remainder of the first half. If the visitors were nervous heading into the second half, they didn't show it, as Asamoah Gyan finished clinically from a Jordan Henderson ball to extend their shock lead. Danny Welbeck, on loan from Manchester United, gave polish to the triumph in the 87th minute, latching on to a clumsy Cole back ball and slotting past Petr Cech in the Chelsea goal. Sunderland would eventually finish tenth in the Premier League table, nine points behind Manchester United in the race for the title, with Ancelotti losing with job as a result. 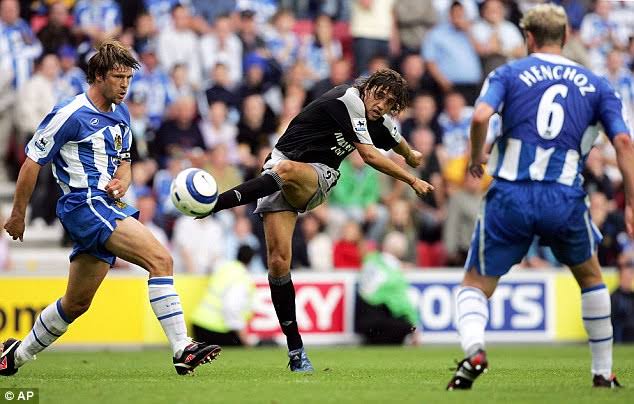 In August 2005, newly promoted Wigan almost startled reigning champions Chelsea thanks to missed opportunities and a stoppage time screamer from a world-class striker. The Latics, who were only two years ago in the third tier, vexed Chelsea and created opportunities of their own. They were unable to contain them, and Hernan Crespo scored in the 93rd minute with a rocket into the top corner. When the ball went into the net, Chelsea manager Jose Mourinho hugged Wigan rival Paul Jewell on the sideline, nearly apologizing.