By Sportsmania (self meida writer) | 10 months 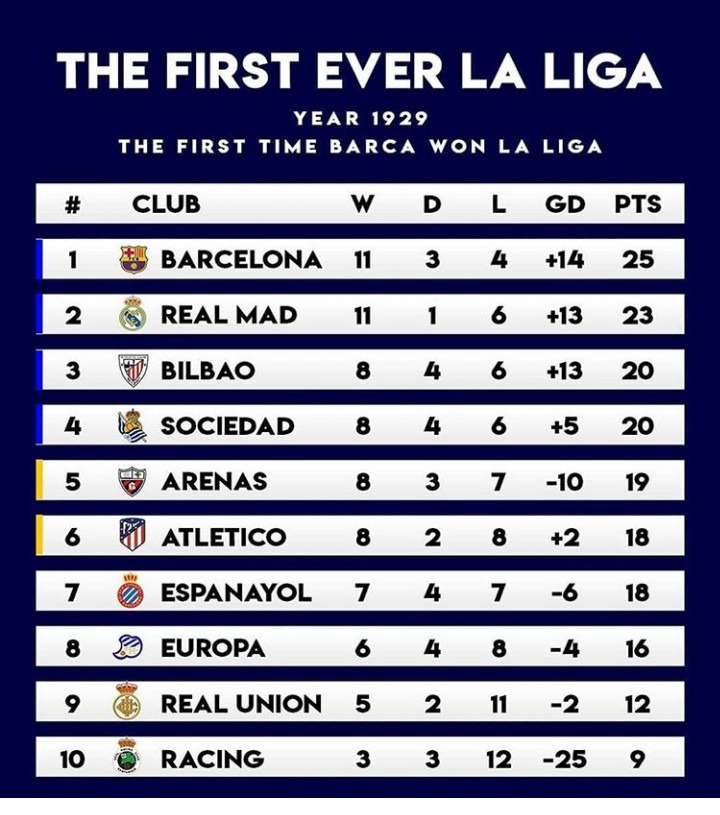 Laliga is a tournament held in spain, well it was trace back as early as 1929, where only 10 teams first started it in which the winner emerged to be Barcelona. The ten teams that featured in it includes Fc Barcelona, Real Madrid, Athletic Bilbao, Real Sociedad , Arenas, Athletico Madrid, Espanyol, Europa, Real Union and Racing.

Well the first ever time Laliga came into glime light 10 clubs make up the team and then Barcelona managed to win their feat, they played a total of 18 games and acquired 25 points that year, Real Madrid came second with 23 points to their name, then the third club was Athletic Bilbao with a total of 20 points, while Real socidad came fourth with 20 points and Fall apart having less Goal to their name.

Content created and supplied by: Sportsmania (via Opera News )

Reactions from Nigerians after Buhari travelled to Paris without addressing the nation.

Man Replies Former VP, Atiku After He Said There Is No Difference Between North And South

Today's Headlines: 29 Muslims Sentenced To Death For Conflict Over Eid Prayers In DR Congo, Panic Buying In Kaduna Ahead Of NLC Strike

Lifestyles To Adopt As A Diabetic Patient