OPINION: Tuchel should give Saul the treatment Ole is giving Sancho

The London-based club Chelsea FC is known to be one of the best clubs in Europe and are the current UEFA Champions League title, defenders. They play in England's top-flight domestic football league which is also known as the English Premier League and are known to have some of the league's best players.

Chelsea made some major signings during the last European transfer window and the list includes Saul Niguez a 26-year-old Spanish professional footballer who was signed on a one-year-long season loan deal from the La Liga Atletico Madrid with an option to buy permanently. 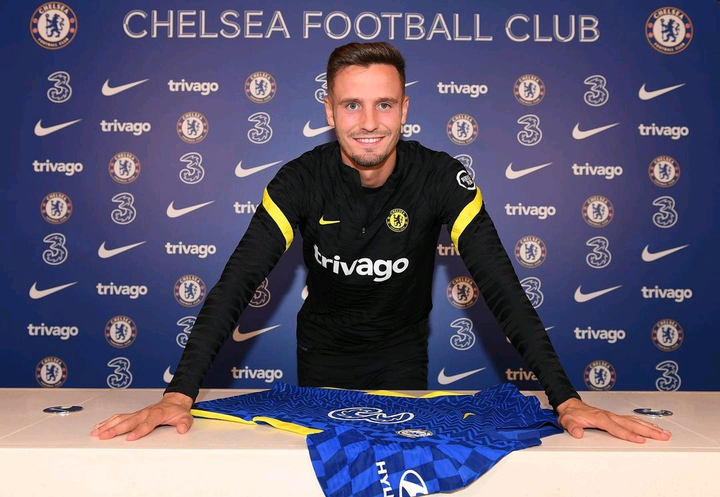 During his time in La Liga, Saul made a name for himself as one of the Spanish domestic football league's best midfielders, scoring 43 goals 345 match appearances for Atletico Madrid. Saul Niguez made his debut in Chelsea's 3-0 victory over Aston Villa but the newly signed Spanish midfielder was arguably The Blues' worst-performing player on the pitch.

He lost the ball too often to the opponent's players which exposed Chelsea to dangerous counter-attacks that could have cost them the match had it not been for the brilliant display of the club's Senegalese goalkeeper Edouard Mendy who made some incredible saves.

After Saul's poor debut against Aston Villa Chelsea's German coach has failed to play the midfielder in any of the match fixtures the club has played since then. Though it's understandable if Tuchel doesn't want to take the risk to play Saul so soon after the midfielder's poor debut, it will be nice for the German coach to show the newly signed player the kind gesture his colleague Ole is showing Manchester United's newly signed winger Jadon Sancho.

Just like Saul, Sancho also made a poor debut for Manchester United but this didn't stop Ole from playing him in the club's next fixtures.

Though the English forward is yet to make any goal contribution for Man United in any of the five-match appearances he has made so far, there is a good chance Ole's faith in him would soon yield results.

Saul is a great player and there's no doubt he'll pick form for Chelsea if given the chance by Thomas Tuchel to prove himself.