Euros: See The Two Players Ronaldo Exchanged His Jersey With During Half Time and Full-time

Another brilliant performance from Juventus striker Christiano Ronaldo who scored two goals for Portugal against the World champions France. Cristiano Ronaldo scored the first goal of the match in the first half after converting a brilliant spot kick.

A big error from France goalkeeper Hugo lloris gave Portugal their first penalty of the match in the 31st minutes of the game. 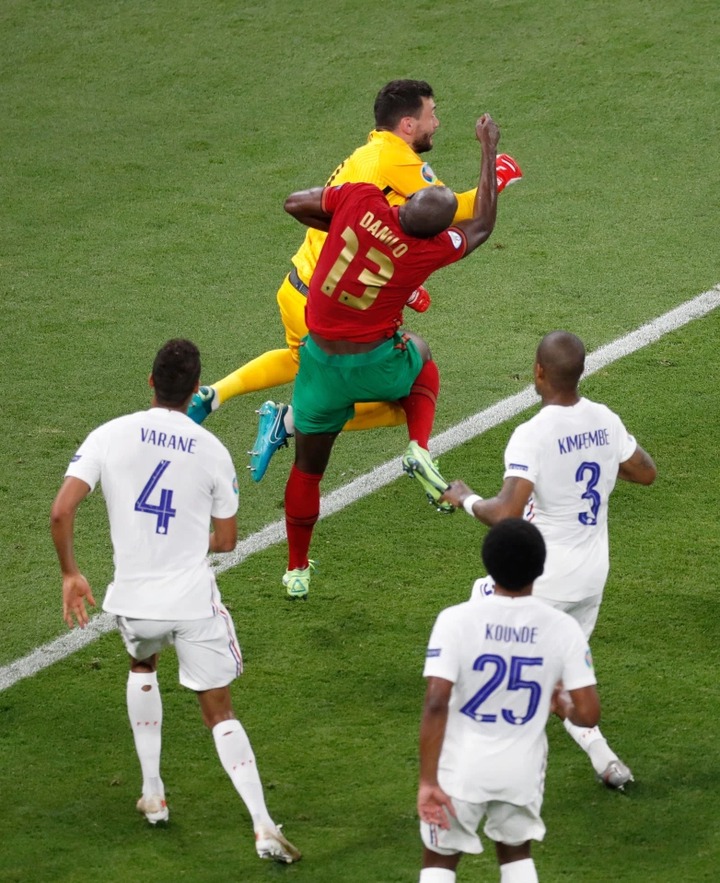 France equalized from the penalty spot after Paris Saint German player Kylian Mbappe was brought down in the box.

Kareem Benzema wasted no time to equalized for France before scoring the second goal for the world champions in the 47th minutes of the game. 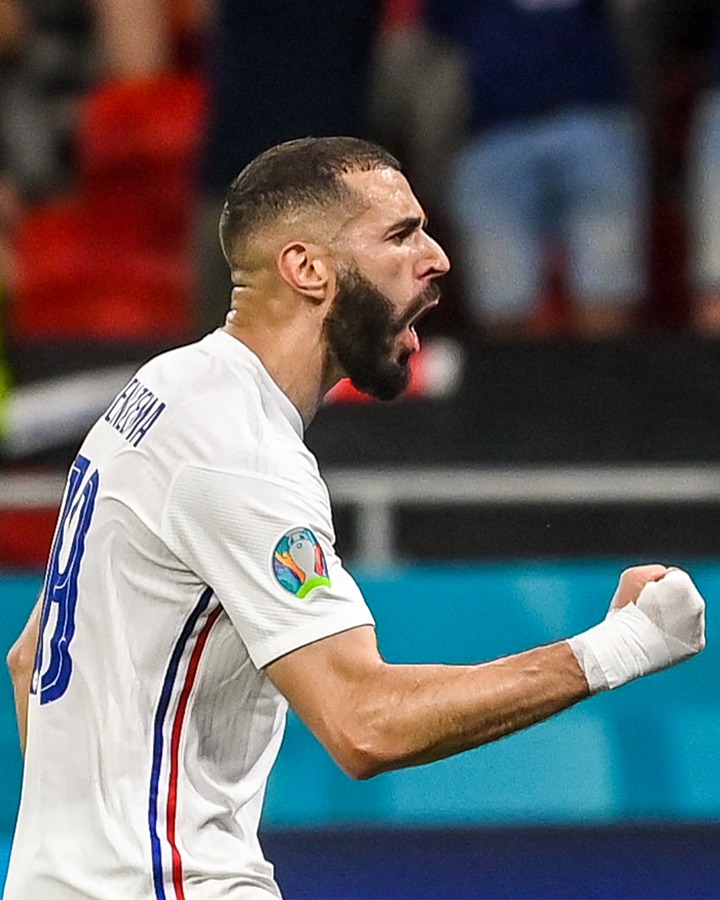 Ronaldo scored his fifth goal of the competition In the 60th minutes of the second half of the game.

Karim Benzema was giving the man of the match award because of his brilliant performance in the game. 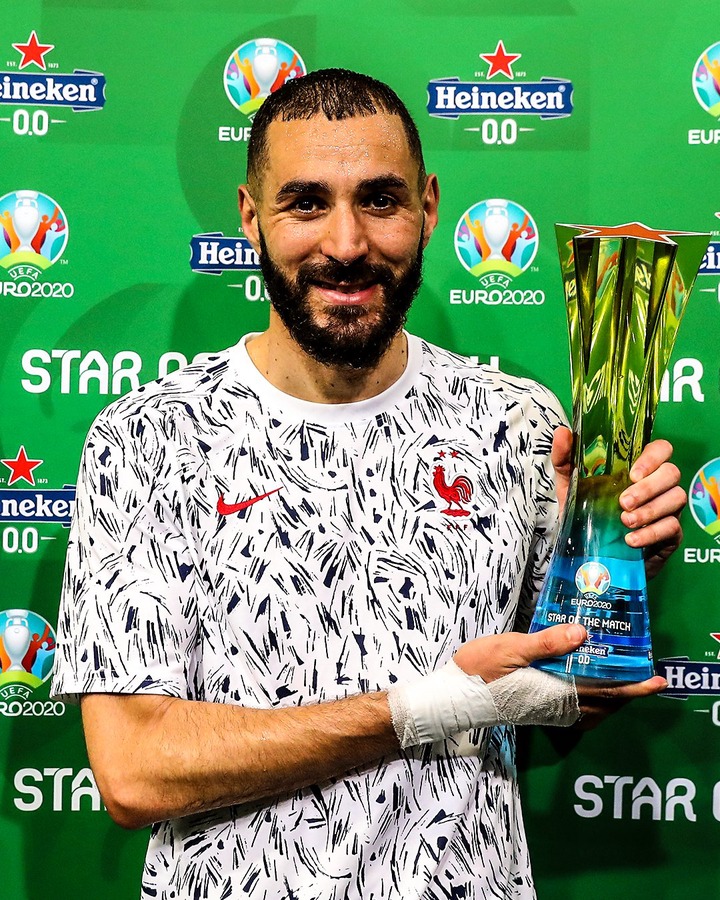 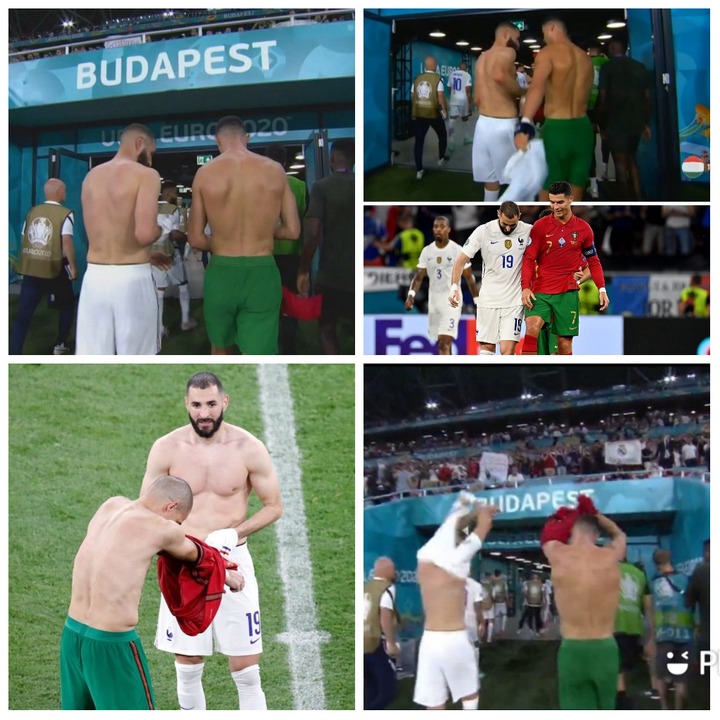 Ronaldo exchanged his first Jersey with his former team mate Kareem Benzema immediately after the first half.

Benzema and Ronaldo were impressive for Real Madrid during Christaino Ronaldo's playing time at Madrid. 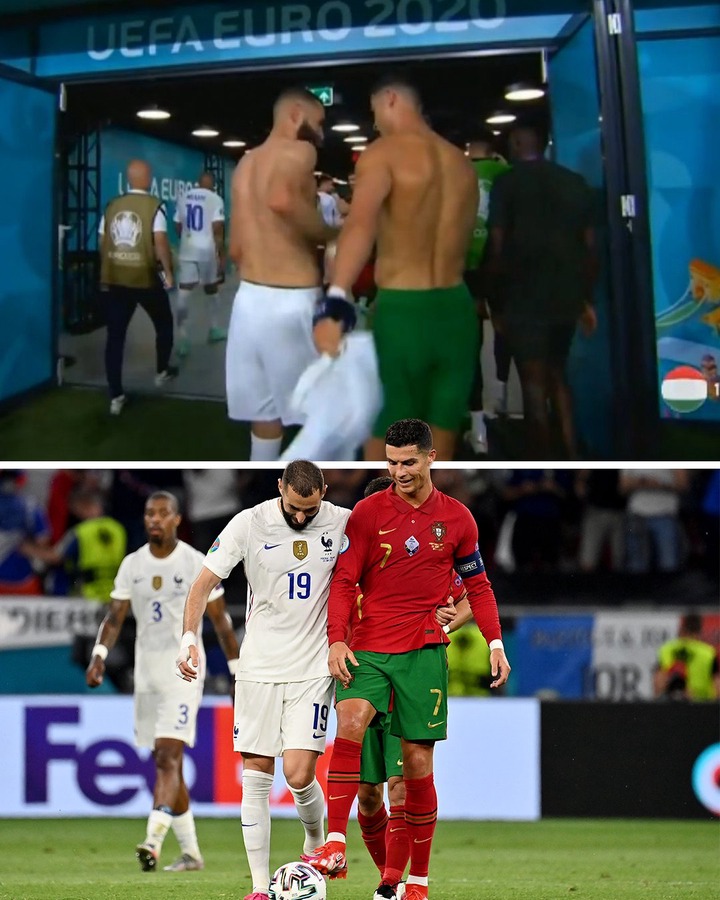 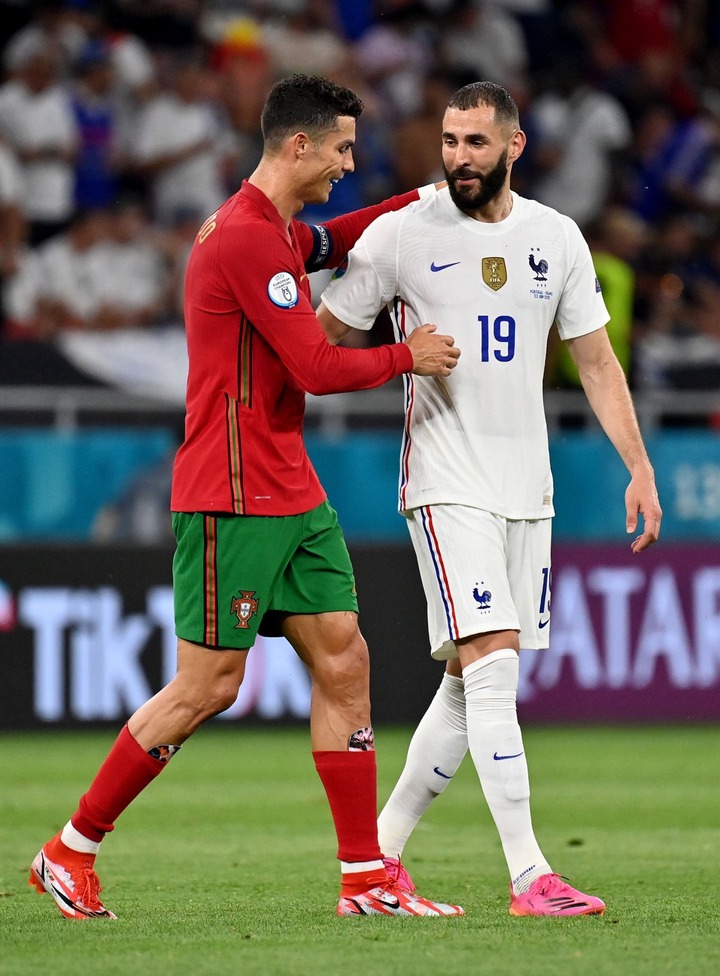 Kylian Mbappe was the second player Ronaldo exchanged his jersey with immediate after the full time whistle.

Mbappe and Christaino Ronaldo are close friends and according to reports, Kylian Mbappe described Ronaldo as his role model in Football. 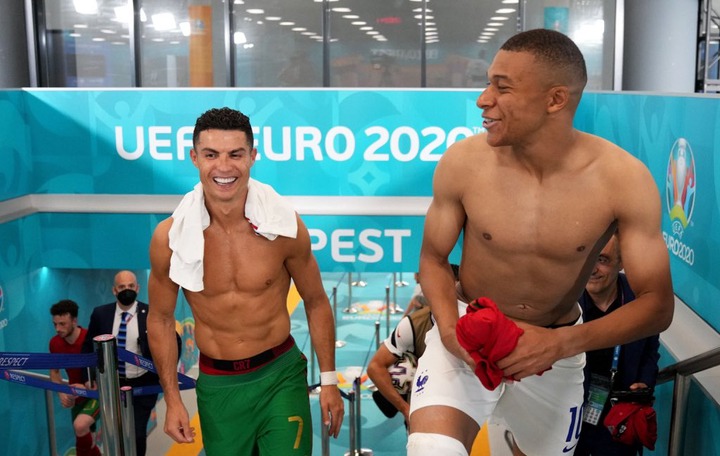 The Paris Saint German striker have been tipped to replace Ronaldo at Real Madrid in few years to come. 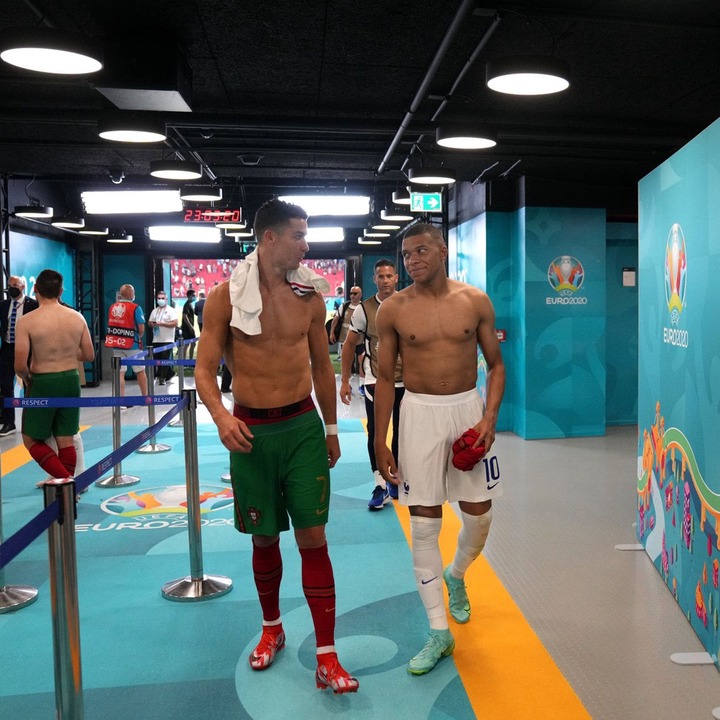 Do you think Mbappe will be greater than Christiano Ronaldo?