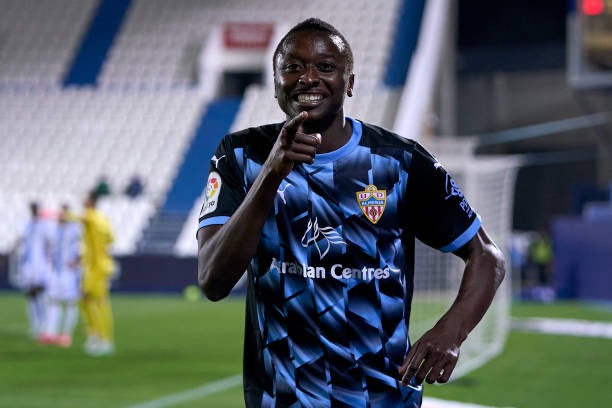 Nigerian players continued in top form across Europe on Friday and Saturday, with a goal in Spain, battling efforts in Portugal and three youngsters with well-taken strikes across the three lower divisions of English football, but Wilfred Onyinyen Ndidi gave away a penalty with a handball on Sunday. 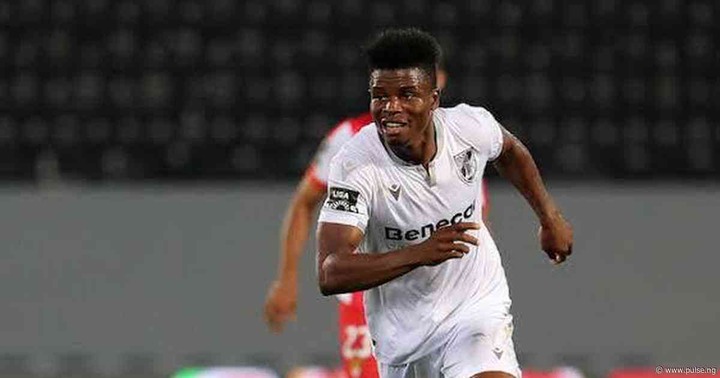 In Spain, UD Almeria striker, Sadiq Umar kept up his brilliant burst of form in the season, as he netted yet another goal that helped his side storm to a 4-1 win over Lugo in Saturday's Segunda division encounter.

The former AS Roma of Italy, Glasgow Rangers of Scotland and Partizan Belgrade of Serbia hitman put aside a short blight and returned to the scorers’ sheet, with an assist also to boot, as Los Rojiblancos bounced back to winning ways in the second division

Sadiq, who joined Almeria on a five-year deal from Partizan Belgrade in October, is enjoying the best goals scoring run of his career and, following a 2-0 loss to Real Mallorca penultimate Sunday, the Rio 2016 Olympic Games’ bronze medalist’s efforts inspired Jose Gomes' side back to winning ways.

Sadiq won a penalty for the Rojiblancos in the 10th minute and he stepped forward to take the resulting kick and, though his attempt was first stopped by Lugo's goalkeeper, he followed it to put the rebound in the back of the net. 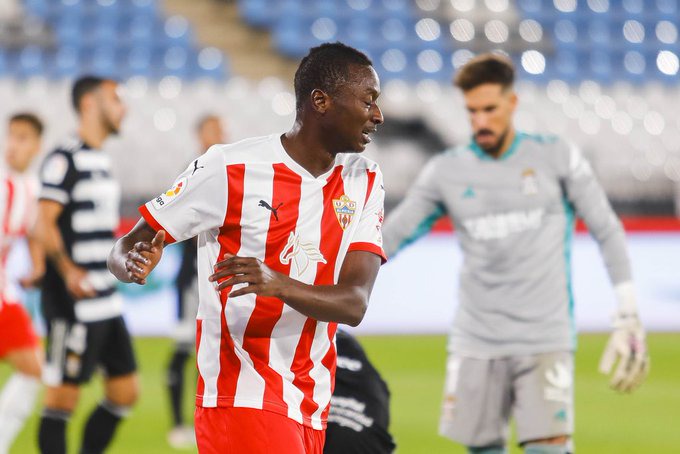 The 24-year-old Sadiq's strike was his 13th goal of the season in the Spanish second division and he is the leading scorer for Almeria, who sealed victory with a brace from Jose Corpas at Estadio de los Juegos Mediterraneos.

In Portugal, Mikel Ndubuisi Agu and Chidozie Awaziem were at opposing ends, when Vitoria SC hosted Boavista at Dom Afonso Henriques, with the game ending in a hard-fought victory for the back-to-form midfielder, as his side had storm back from behind to snatch all three points. Having recovered from an injury he suffered last November against Sporting CP, Agu was on the bench for the hosts, while Awaziem started for the visitors, who were seeking their first consecutive victories of the campaign.

Despite being on the back foot for the most part of the opening seconds, Awaziem’s side took the lead inside 17 minutes, when Ricardo Mangas put them ahead much through poor defending by the hosts. 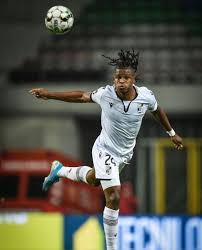 However, Agu’s side soon made their dominance count as they leveled just before the break with Rochina converting from an Oscar Estupinan assist, after which team captain Andre Andre completed the comeback minutes after the hour.

He scored from the spot to make it 2-1 after Ricardo Manga handled the ball in his penalty area, following which Agu replaced Rochina with seven minutes left, going on for his first appearance of the year to help protect the lead. 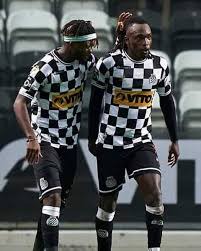 Agu’s side went on to win 2-1 on the night, despite Awaziem’s team putting up a fine display and the Super Eagles’ defender also at his best for Boavista, earning a rating of 7.0 marks over ten, seven successful clearances, four interceptions, two key tackles and won nine duels. 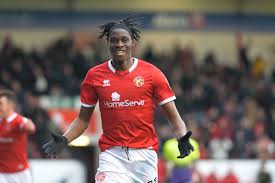 While Udoh was on song for Shrewsbury Town in League One, Adebayo made hay in the English Championship, where his late sizzler for Luton Town helped his side romp back from two goals down to win 3-2 against Sheffield Wednesday, who had Osaze Urhoghide in their squad.

Adebayo, who has two goals and one assist since joining Luton in the winter transfer market, made no mistake at the far post with only four minutes left on the clock, as he was set up by Harry Cornick, then provided a crucial assist for Ryan Tunnicliffe to make it 2-2. 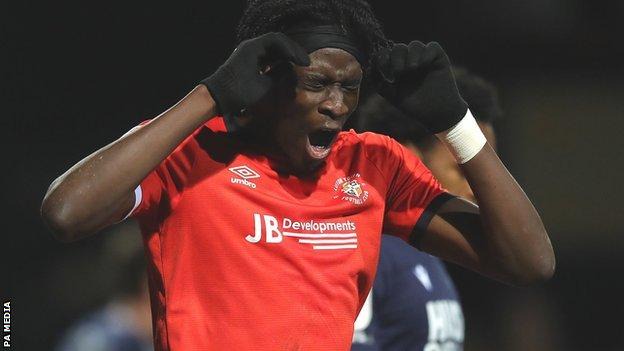 Conversely, Udoh's late goal could not help Shrewsbury to victory, as they lost 2-1 to Bristol Rovers in an English League One clash at Memorial Stadium in Gloucestershire, where the former Golden Eaglets invitee halved the deficit when he tapped home in the 92nd minute.

While Udoh took his tally for the season to four goals across all competitions, Carlisle United whiz-kid, Joshua Kayode made it two goals across same number of games in League Two, but he still ended up on the losing side. 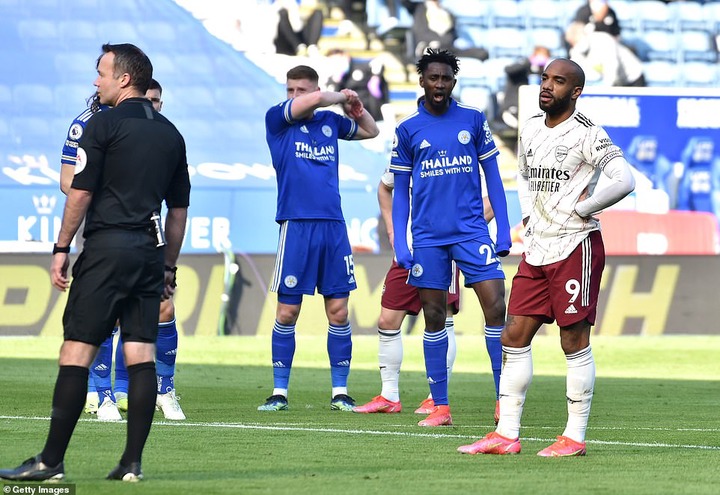 The lad on loan from Rotherham United gave his very best but it was simply not good enough, as his team got beaten 3-1 by Oldham Athletic, even as Kayode struck after 35 minutes, who he put in a well-placed drive to the corner to give his side an advantage they failed to keep till the end.

In the English Premier League, Leicester City’s duo of Wilfred Onyinyen Ndidi and Kelechi Iheanacho were both in action from the start against visiting Arsenal, but their tam fell apart at King Power Stadium, with their often reliable holding midfielder given away a penalty for one of The Gunners’ goals in a 3-1 away win. 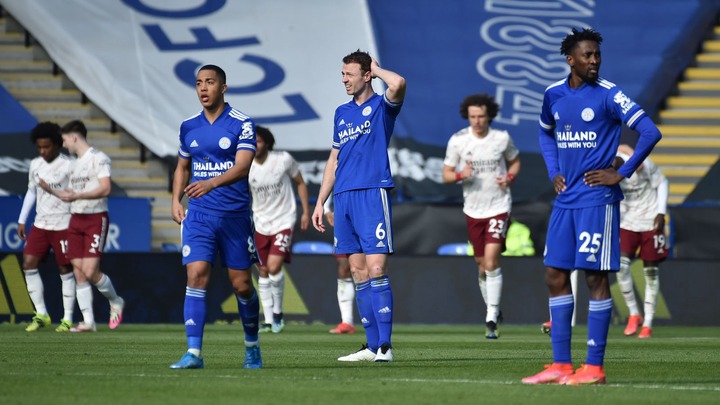 Also in the EPL on Sunday, Fulham defender, Ola Aina played only 45 minutes of his side's English Premier League clash away to Crystal Palace, who had Eberechi Eze on from the start but was replaced close to the end of the encounter that ended goalless at Selhurst Park.

While Josh Onomah was benched for the duration of play, Tosin Adarabioyo, Josh Maja and Ademola Lookman all played 90 minutes for the visitors, Aina appeared to have suffered an injury that forced him off at half time, while Eze was replaced in the 79th minute of play by the hosts. 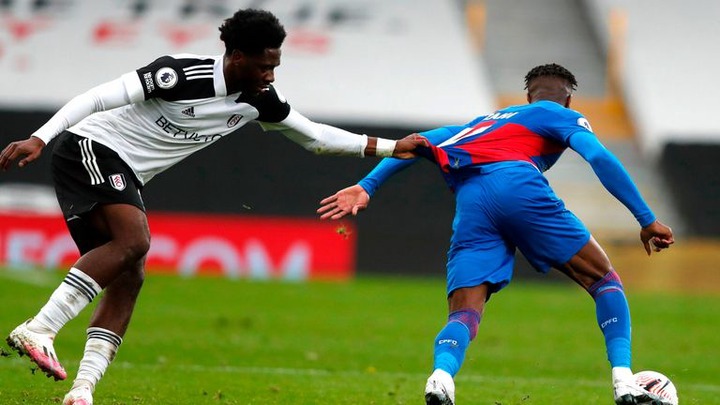