By Yagazierem (self media writer) | 1 year ago

Chelsea football club has celebrated the 25years anniversary of the release of the comedy movie "Billy Gilmore". 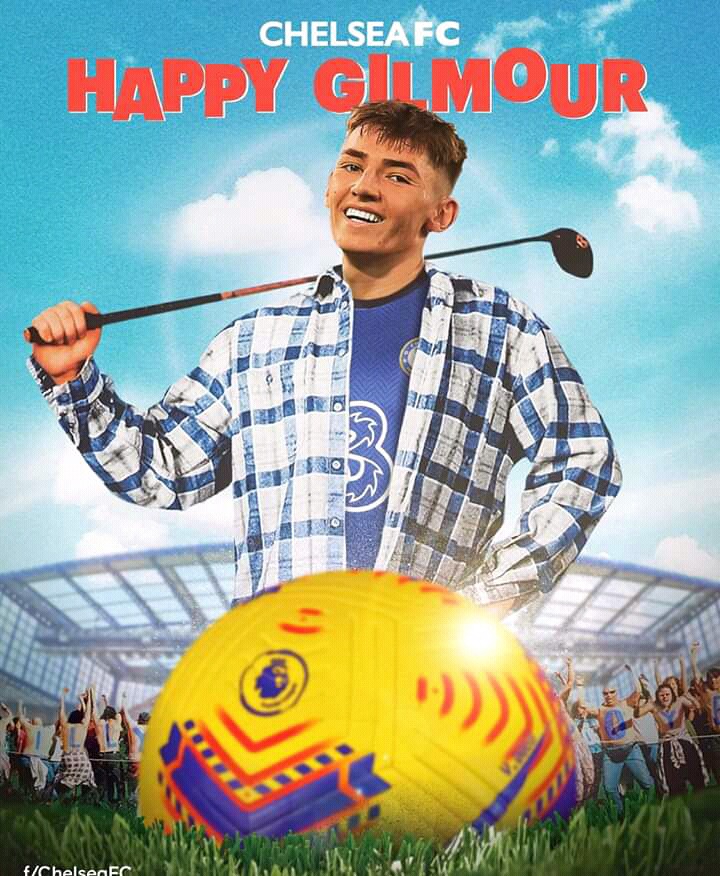 Happy Gilmore is a comedy movie released in 1996. It was produced by Robert Simonds and directed by Dennis Duncan. It is about a boy named Gilmore who learned that his grandmother is going to lose her house, so he entered a golf competition hoping to win and help his grandmother retain the house.

Billy Gilmour is a Chelsea academy footballer and to celebrate the 25th anniversary of the movie, Chelsea decided to use Billy Gilmour in a Chelsea home vest and a golf club, with a beaming smile.

Meanwhile, Tuchel has gone ahead to profess his love for the young lad. "First of All, I like him as a person. for me, he represents everything the young guy from the Academy should represent he arrives in the first team. I feel that he's happy to be here, he's living his dream" He said

The Chelsea midfielder has been asked to go on a loan as he looks to cement his place in Scotland's European Championship Squad. It's believed this loan move would guarantee him game time to continue his development.