Recently, Paris Saint-German confirmed that the Argentine captain Lionel Messi will miss the club's Wednesday Ligue 1 fixture against Metz due to a knock on his left knee. This article states reasons why the six-times world best player of the year, Lionel Messi's absence in the Paris Saint-German team could affect the squad Performance during their game against Metz. 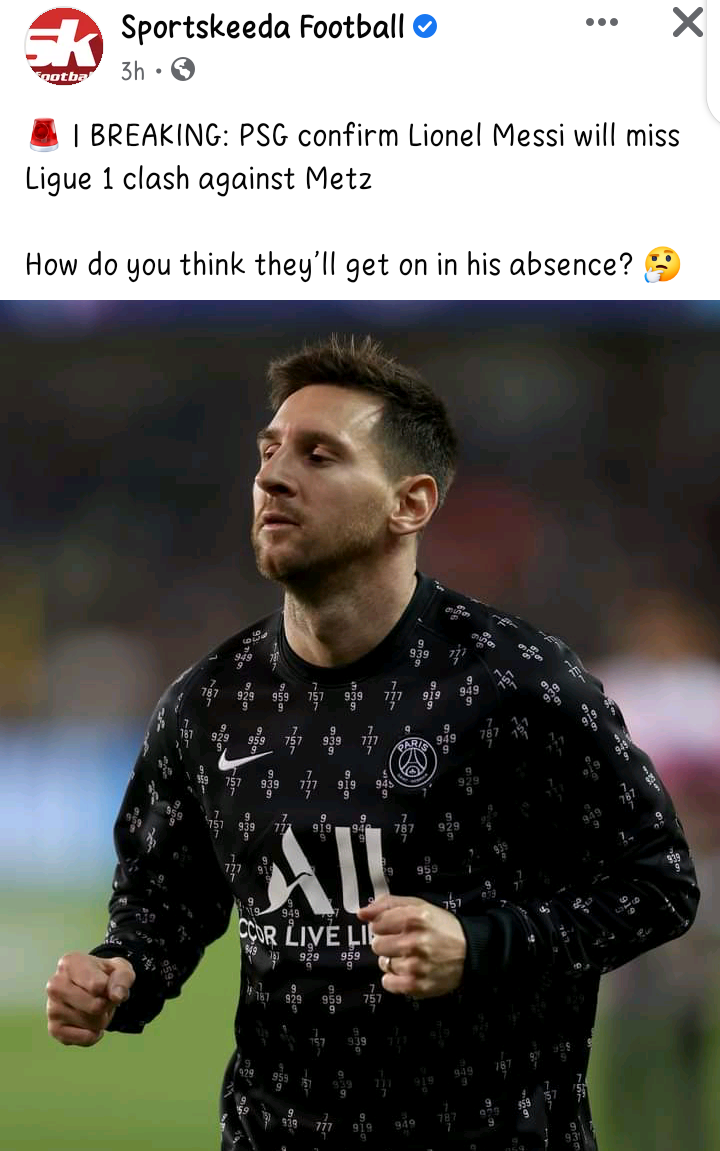 Despite playing only three games for Paris Saint-German so far, the Argentine international has been an interesting player to watch in those matches. Lionel Messi's presence in the Paris Saint-German team, brought a lot of good energy and also, a different atmosphere while on the pitch.

Pairing Neymar Jnr and Kylian Mbappe without Lionel Messi won't be a balanced equation, and these players are still trying to get to play along with each other. Messi's absence might affect the club's performance tomorrow.

On different occasions, Lionel Messi personally proved that he is Paris Saint-German's playmaker. Just like the game against Lyon on Sunday and his debut match as well, the six-times world-best player of the year controlled the midfield and made most touches more than the other Paris Saint-German central midfielders.

Metz who is currently in good form based on their previous performance could upset Paris Saint-German by defeating the 2020 Uefa Champions League finalists in their league tie tomorrow.

Pochettino who substituted Lionel Messi could have a bad day and might loss the game against an underdog team like Metz. Do you think Messi's absence will make a big difference in the team?

I Wish Those Dragging You Will Leave You Alone & Come For Me, I'm Ready For Them -Boma Tells Tega

Lady, 3 Things You Shouldn't Beg For In A Relationship.