Pogba's return to Juventus is expected to be agreed upon

By Smarttab (self media writer) | 23 hours ago

According to Sky Italia, Juventus is hopeful that the final details of Paul Pogba's return to the club will be agreed upon today.

Pogba had a string of disappointing seasons due to injuries, poor form, and the club's struggles, but he managed to play his best football for the France national team, winning both the European Championships and the World Cup.

In 2017, he also won the Europa League and the League Cup with United under manager Jose Mourinho. 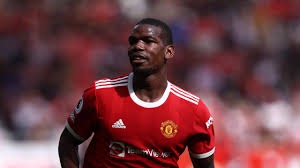 On Thursday, club executives will meet with Pogba's representative Rafaela Pimenta to discuss the length of his potential contract-a four-year deal or a three-year deal with a one-year option.

If a deal is reached, the former Manchester United midfielder will arrive in Turin between July 5 and 8 to undergo a medical and sign the contract.

Juventus is also waiting to hear from Angel Di Maria after offering him a one-year contract extension after he left Paris Saint-Germain at the end of his contract.

Content created and supplied by: Smarttab (via Opera News )