These are the stadiums where Madrid was "champion of La Liga" 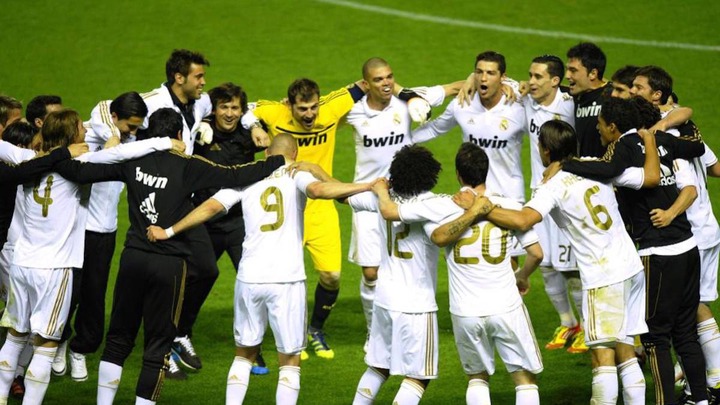 Real Madrid is on its way to its seventh league. These are the stadiums where they won the previous six. Some, with epic finishes.

The Santiago Bernabeu's trophy room is already preparing the showcase where the 2019/2020 La Liga will be played. A trophy that has suffered and will be remembered as the longest championship in history:

never has one lasted almost a calendar year. It is close to being the 34th, seventh in the 21st century, two decades of football in which Madrid has reaffirmed itself as the king of Europe, but where a national strike was needed.

Some have been loose, others were not suitable for the heart. The finals of the competition in Spain have distributed nerves to unequal parts: for the newspaper library will be the comeback to Mallorca (2006/2007), with previous Tamudazo in the Camp Nou;

the beating of Athletic in the League of records (2011/2012), or the corridor of Barcelona in the Santiago Bernabeu (2007/2008). These are the last stadiums where Real Madrid has won the title.

Everything was decided on day 38. Real Madrid beat Malaga in La Rosaleda (0-2) to win the 33rd and last one until today. Cristiano Ronaldo put Zidane's team ahead after dribbling Kameni in a one-on-one.

Already in the second half, Ramos missed a shot at close range, but in the same rejection put the second Benzema. The match was also marked by the recital of Keylor Navas, deflecting first a trallazo of Sandro to a set-piece and then a header from Camacho.

The so-called League of Records. The team, coached by José Mourinho, was crowned champion after a 3-0 win at San Mamés. Higuain and Ozil, with two goals in just four minutes, put distance between them. Cristiano Ronaldo was the man to beat, but he came within four goals of the pichichi (Messi, 50).

The white team sang a song with three days to go after a comeback for history. Cannavaro's dismissal in the first minute of the second half - a double yellow - put everything on the line.

It became even more difficult after Puñal's penalty in the 83rd minute, but goals from Robben and Higuain just before the break turned the game around to make it 31st.

Shortly afterwards, FC Barcelona made a run for it at the Santiago Bernabeu before playing a Classic that would also fall on the white side (4-1).

Probably one of the most spectacular leagues. In round 37 Real Madrid lost 2-1 in Zaragoza, while Barcelona won by the same score against Espanyol at home. But in the same minute, Van Nistelrooy scored in La Romareda and Tamudo -famous Tamudazo- in Camp Nou. With this result, Madrid arrived at the top of the table on the last day, where they had to receive Mallorca. For more emotion, the Balearic ones went ahead thanks to a goal of Varela.

The Bernabéu held its breath, but it would explode with a historic comeback thanks to a double by Reyes and a goal by Diarra. Madrid thought they had lost it but ended up lifting the 30th.

The Galacticos would be celebrating in front of their people on a Brazilian night. It was Day 38. Ronaldo opened the scoring after a Roberto Carlos pass, but Alkiza levelled the tie by surprising Casillas from a long way off.

Roberto Carlos, with a shot from home from a set-piece, put Madrid back in front before the break. And in the second half, Ronaldo would shoot Aranzubia through Zidane to make a point. It would be the last one of Vicente del Bosque as the coach of Real Madrid.

The first league of the 21st century would come with a home goal festival. Real Madrid scored five goals against Alavés to seal the 28th. At half-time the score would be favourable but still open: goals from Raúl and Guti would send Del Bosque's boys 2-0 up.

But in the second half, the gale would come over Herrera. The third would be by Hierro, the fourth by Helguera, and the fifth, to mark a historic moment, by Raul.

Real Madrid would lift the title with two rounds remaining and end up winning La Liga with a seven-point lead over second-placed Deportivo de la Coruna. 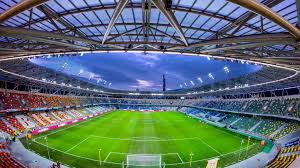