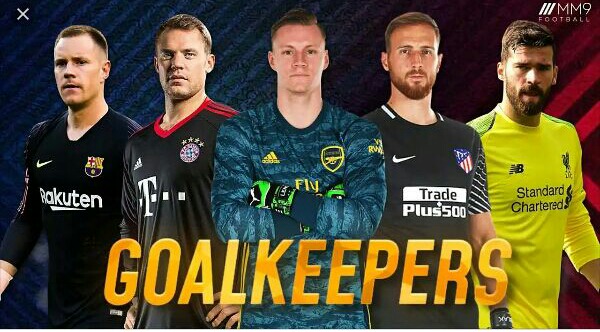 Goalkeepers may not get a lot of credit for their contributions since they are mostly away from the action. But they are the last line of a team’s defence and hence comprise a crucial part of teams. On that note, here is look at the top Six goalkeepers in Europe in the 2019-2020 season. 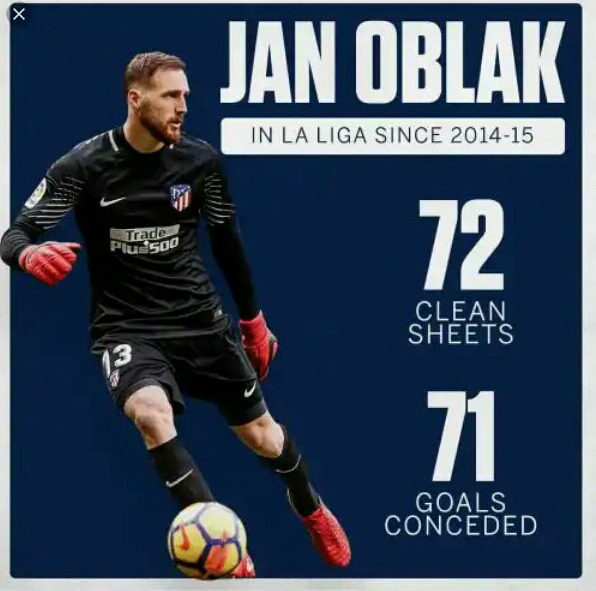 After winning the first leg 1-0, Atletico Madrid knew Liverpool would throw everything at them in the second instalment of their Champions League last-16 tie back in February.The attacks came in waves, but time and time again were thwarted by Atletico’s no.1. It was a jaw-droppingly good performance - though nobody was particularly surprised, given the levels Oblak consistently hits.His 73.1% save percentage in La Liga makes him the second most reliable shot-stopper this season, after Levante’s permanently alert Aitor Fernandez. His 100th clean sheet for Atletico Madrid came in just his 178th appearance for them. He has won La Liga's Zamora trophy for the last four campaigns. Need we go on? Oblak is the best goalkeeper in the world right now – and might just stay there for a long while. 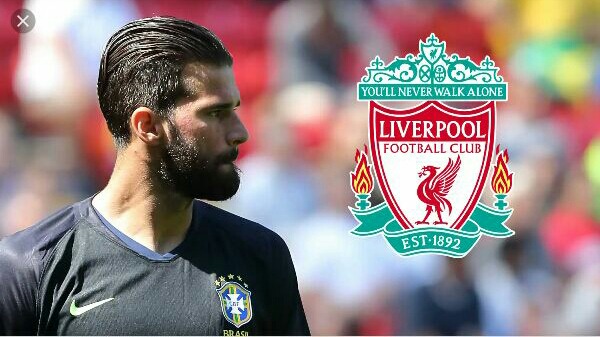 The second most expensive goalkeeper in the history takes No.2 spot in our 2020 list. Alisson won all three Golden Gloves in the Premier League, Champions League and Copa America last season alone.The Brazilian’s consistency in goal saw him register an impressive 19 clean sheets in his first season of Premier League football. Therefore, Liverpool conceded just 22 goals in the previous campaign.And while it wasn’t enough to win the league title, Alisson kept another blank to ensure Liverpool won the Champions League. Now the 27-year-old is gunning to retain the club’s European crown and win a first Premier League title in the process. 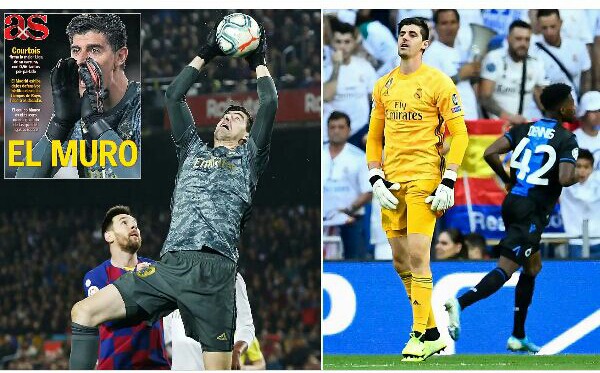 Thibaut Courtois had an underwhelming first season for Real Madrid in La Liga, fighting for the no.1 position in the team with Keylor Navas.However, this season the Belgian has made the Merengues' top spot his own since the Costa Rican’s departure. Making clutch saves in crucial moments of games has become a hallmark of the tall Belgian custodian.Courtois has managed over Real Madrid fans with his impressive performances. However, one of his highlight of the season came at the other end of the pitch. Courtois ventured into Valencia’s penalty box for a 95th-minute corner, with Real Madrid trailing 0-1. The Belgian won the header and laid the ball perfectly for Benzema to score an equaliser. Combining his height with impeccable positioning, Courtois hasn’t conceded a single goal from outside the box this season. It is fair to say that the Belgian goalkeeper has become a fan favourite at the Santiago Bernabeu. 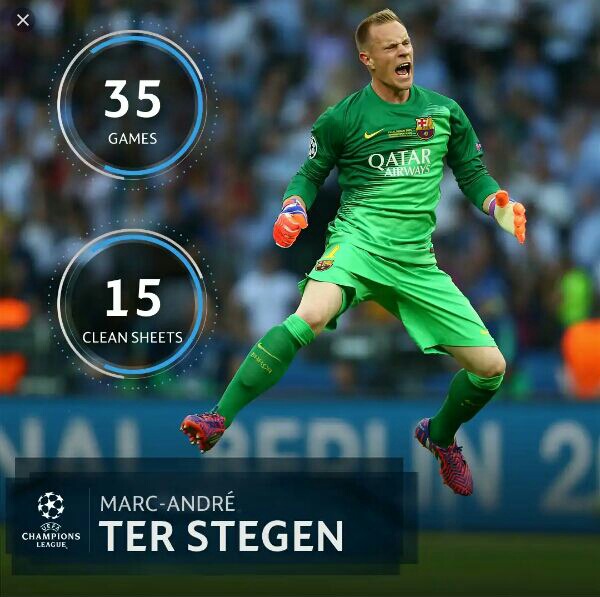 There’s something to be said for consistency and “proving it over a long period and that’s why Marc-André ter Stegen is ranked so highly despite a bit of patchy form earlier in the season. The German goalie is a ridiculous combination of Ederson and Alisson’s great strengths, in that he is both a maestro with the ball at his feet – able to loft gentle lobs over pressing attackers heads to team-mates by the touchline – and also a pillar of strength and dominant presence when 1 vs 1 against an onrushing striker. He’s als a really nice guy to boot. Ter Stegen really does have it all, including the ability to create goals, no ‘keeper across Europe’s top five leagues has more assists (2) than him thi season. 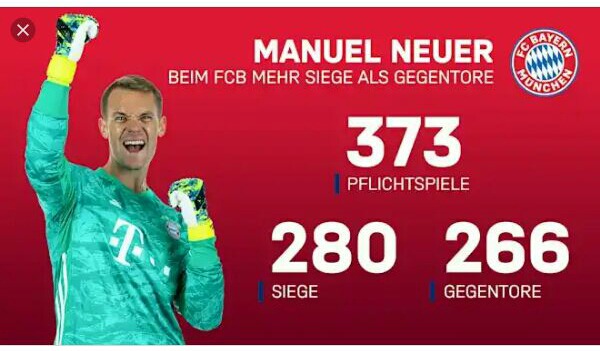 No goalkeeper has redefined his position more than Neuer over the past decade. The Bayern Munich No.1 was the sweeper ‘keeper before sweeper ‘keepers were cool then, not content with that, he himself made sweeper ‘keepers cool. You can point to his poor showing at the 2018 World Cup as a sign of his demise but honestly, the entire German squad was a joke in that tournament. You can say he’s past his best but that honestly feels like a lazy analysis from pundits and fans who need to watch some more Bundesliga football. Neuer is a colossus between the sticks for Hansi Flick’s men, one who can be counted on in the very biggest moments. 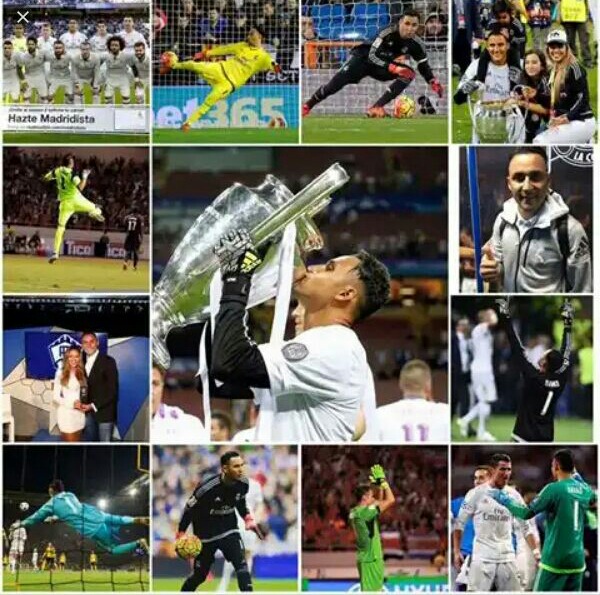 Speaking of Real Madrid, it still seems peculiar to this day that Keylor Navas’ face just never fit. The Costa Rican made 162 appearances for Los Blancos between 2014 and 2019, winning three consecutive Uefa Champions League titles, as well as the 2016/17 La Liga crown.However, it always felt like fans wanted a superstar between the sticks, so off he went to PSG and, well, he’s shown us all just what he’s made of since arriving in Paris.11 Ligue 1 clean sheets — second-highest amount in the division — is an impressive enough record, but add the fact that no goalkeeper has bettered his five shutouts in the Champions League so far this season and you really start to get a sense of Navas’ capabilities.