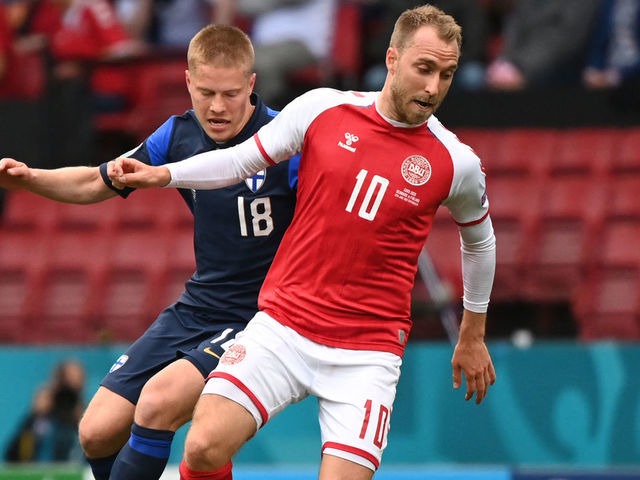 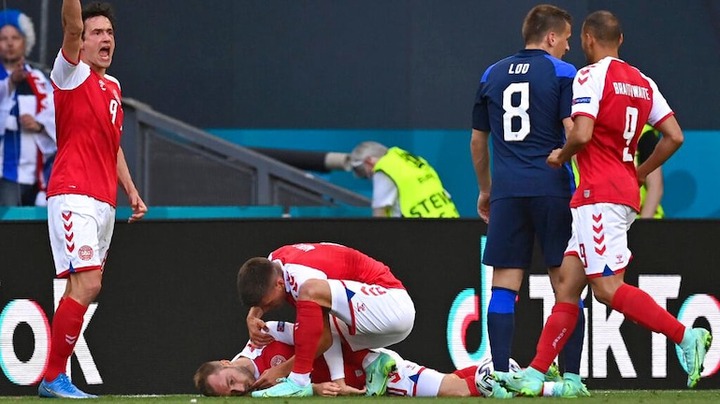 The huge scare experienced when Fabrice Muamba suddenly collapsed in an English Premier League game while playing for Bolton Wanderers in 2012 was replayed on Saturday after Christian Eriksen fell down and passed out while playing for Denmark against Finland.

The first group B match in the ongoing Euro 2020 Championships had to be suddenly called off when the Inter Milan star collapsed in a heap as he waited to receive a throw-in barely half way through the first half in Denmark's clash with Finland at the Parken Stadium, Copenhagen Saturday evening.

Although there had been immediate response to the former Tottenham Hotspur star's sudden fainting by medics at the stadium, the outward show of grief by his teammates who wept openly made millions of his compatriots back home fearing the worst.

The medics had quickly moved in to resuscitate the midfielder but after it looked difficult, a curtain was quickly pulled over the section of the pitch where he laid to keep out prying eyes as they worked desperately. 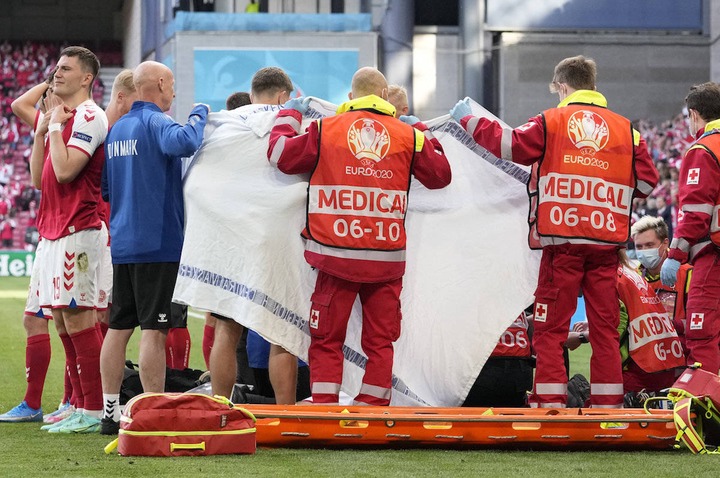 He would later be moved, unresponding to a waiting ambulance -- thus heightening fears of a possible fatal outcome.

Eriksen's weeping wife who had been watching from the stands had been brought down, and was seen being consoled by team captain, Simon Kjaer and Leicester City goalkeeper, Kasper Schmeichel.

Commentators who have been commenting on the events, however, raised hopes that the Danish international would pull through just like Muamba did despite being described as "in effect dead" for 78 minutes in what would turn out his last game as a footballer.

According to reports monitored on BBC Sport, Eriksen is said to have woken up in hospital is he is being closely watched by doctors.

It will be recalled that Eriksen recently celebrated the Italian Serie A title win with Inter Milan after stopping Juventus' 10-year dominance. 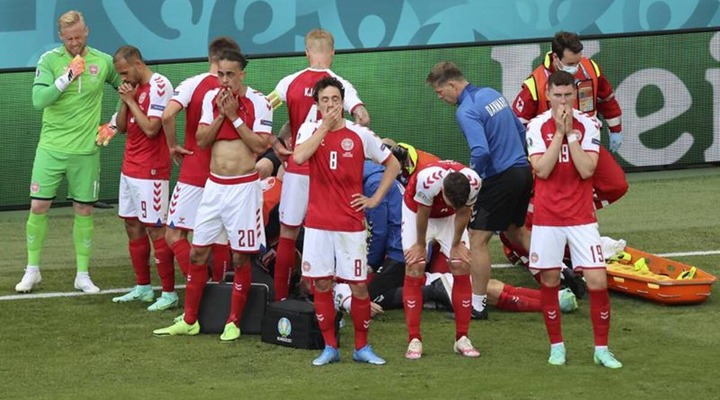 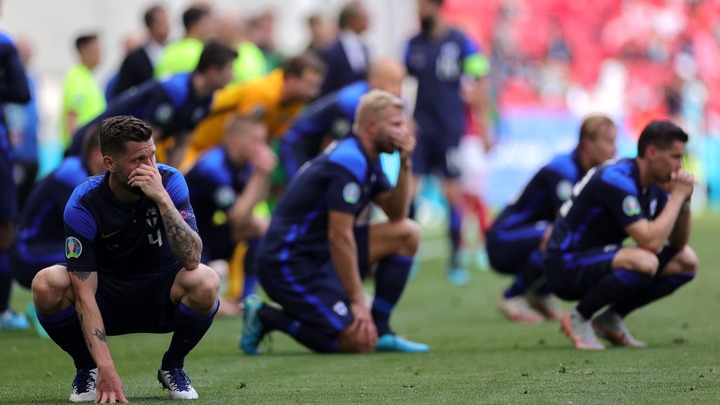