6-assists French midfielder could be on his way to Chelsea

Chelsea have reportedly opened discussions with Lille about the possibility of landing forward Jonathan Ikone.

The 22-year-old star enjoyed a standout season in Ligue 1 before the term was curtailed early because of COVID-19, notching four goals and six assists.

Ikone’s form even saw the player called up to the France national side for the first time at the start of the campaign and he now has four caps to his name. Blues manager Frank Lampard is on the observation post for another striker this summer with Tammy Abraham and Olivier Giroud his only options at the moment.

The club have agreed on a deal to sign Timo Werner from RB Leipzig but he is expected to operate behind the main striker when he joins up.

Tottenham and Newcastle have both previously been mentioned with a move for Ikone but, according to Le 10 Sport, the west Londoners are now stepping up their interest.

The report states that Inter Milan may also provide some competition for the Lille star in the summer transfer market.

It is not thought that the French club have yet received a significant offer for Ikone but are taking the interest from the Blues and Inter ‘very seriously’.

Ikone’s Lille deal has another three years to run, with rumours stating that Jonathan may only leave if a ‘significant offer’ was to be put forward.

Chelsea could be eyeing Ikone as a potential alternative to Kai Havertz, with Frank recently playing down speculation linking the club with the Bayer Leverkusen gem.

Chelsea are allegedly preparing to break their transfer record on a shot-stopper for a second time after Frank Lampard made Atletico Madrid keeper Jan Oblak his top summer target. The Spain international Kepa Arrizabalaga has struggled to live up to his billing as the world’s most expensive shot-stopper since joining from Athletic Bilbao in a £71 million deal two years ago.

After a tumultuous first campaign under Maurizio Sarri, Kepa was briefly dropped by Frank prior to the season being suspended and was given the final few matches of the campaign to prove his worth.

But Kepa has continued to deliver inconsistent displays, receiving criticism against both West Ham and Crystal Palace, while the star shipped three goals against Sheffield United last time out.

Both Frank and technical and performance advisor Petr Cech feel any the team that wants to compete for silverware needs a reliable and commanding goalkeeper at the back, and Kepa is not providing those qualities.

According to AS, Frank has now identified Jan as the man he wants to rectify that problem – and is ready to break the bank to land him.

The Slovenian No.1 has a buy-out clause in his contract with Atletico worth €120m (£108m), though the Blues would be prepared to stump up £90m.

Meantime, Chelsea have allegedly been handed a boost in their efforts to land Bayer Leverkusen playmaker Kai Havertz. 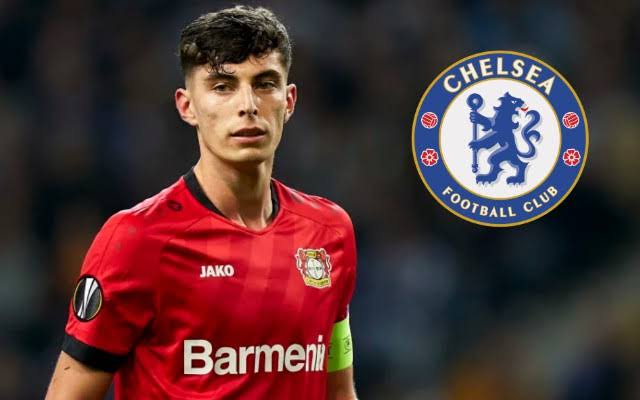 While Chelsea have long been regarded as the favourites for the German, it has previously been stated that the 21-year-old may only be prepared to consider a switch to a club who have qualified for the Champions League.

With the Blues yet to achieve a spot in European football’s top competition, the uncertainly could potentially lead to Kai considering other options.

However, according to BBC Sport, UCL football will not be a deciding factor when the forward chooses his next destination.

​Chelsea midfielder Loftus-Cheek on injury return: I'm still not there Chelsea midfielder Ruben Loftus-Cheek admits he is still not 100 per cent.

The midfielder was in the starting line up for the second time since the Premier League restart as they defeated Norwich City 2-1.

The Blues continued their chase for a top four finish, and Loftus-Cheek was happy to be involved.

He managed 67 minutes in the game before he came off for Ross Barkley.

He told the club website: "I feel like I'm improving. My game's coming on. I was really happy to start and get some more minutes.

"This injury is a lot different to previous ones I have had, and the explosiveness is still to come, but I'm getting there."

He added about the team's performance: "We had to bounce back after the last game because it wasn't good enough for us or our fans.

"It was a big game and to get the three points is massive, especially as results in the last couple of days went our way.

"At 1-0 there was always a chance they could get a lucky goal. I felt like we had a lot of possession and we didn't take our chances with that possession.

"The gaffer was saying we had to keep a clean sheet. Norwich were good to be fair, it was hard to break them down. That's what teams are doing coming up against us, staying in a low block and sitting back.

"The goal calmed us down a bit and we had chances but couldn't stick them away, but mostly I'm happy with the three points."