The 8 Most Decorated Footballers in The 21st Century

One of the most powerful motivators for professional players is winning trophies. Yes, money is crucial to any professional, but trophies also serve as a form of acknowledgment and evidence of accomplishment. Although the amount of trophies won is not the main criterion for determining a player's worth, it does play a significant influence. There have been many players over the history of the game who have won multiple titles and trophies, and in this article, we will look at eight of the most decorated players of the twenty-first century in no particular other. 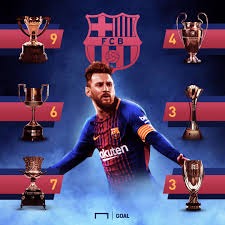 We all knew thathe was going to make this list .Since going on as a substitute on July 1st, 2004, Lionel Messi has won a total of 35 titles with Barcelona. The fromal Barcelona player is always creating headlines after headlines . When he's on the move, his rapid feet make it tough for defenders to catch him. He scores whenever he wants and isn't averse to assisting a teammate on occasion. In club football, the six-time Ballon d'Or winner has won everything there is to win. He recently won an international cup with Argentina. 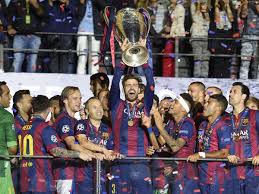 Gerard Pique is one of the best defenders of his time, and he has a slew of trophies to prove it. During his career, he has won 36 titles for Barcelona, Manchester United, and Spain. Even though he's towards the end of his career, there's a good chance he'll add to his 36 trophies before hanging up his boots. Pique is an eight-time La Liga and one-time Premier League champion, as well as a four-time Champions League winner and a World Cup and European Championship winner for Spain. 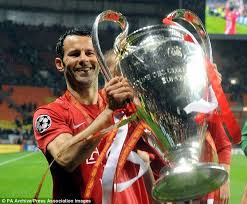 For a long time, the formal Manchester United prodigy was one of the most decorated footballers. During his long and illustrious first-team career, he has won more trophies than all but three clubs in England, with an astounding 34 titles. For the powerful Red Devils, the Welshman made an astounding 963 appearances. During his career, he won an incredible 13 Premier League titles, a number that no other footballer has ever achieved. 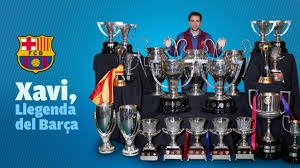 Xavi was without a doubt one of the best La Masia products of all time, as he became a vital component of both his club Barcelona and his country Spain in the late 2000s and early 2010s, helping them to enter a new golden age. His presence in the centre of the park is the reason why Barcelona, particularly Pep Guardiola's Barcelona team, runs like clockwork and implements the Tiki-Taka style of play in such a comprehensive and captivating manner. After being called up to the senior squad in 1998, the center midfielder worked his way up through the ranks of Barcelona's junior teams, eventually making his way into the senior starting XI. Xavi spent 17 years at the Catalan club, appearing in 767 games, scoring 85 goals and dishing out a whopping 185 assists. He subsequently moved on to Al-Sadd SC in Qatar, where he played four years until retiring as one of the greatest midfielders of all time in 2019. 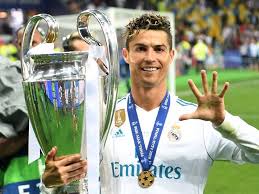 Cristiano Ronaldo would undoubtedly be one of the top contenders on the list of most decorated footballers in history if individual honors were included, since he has received an incredible number of individual awards throughout his trophy-laden career. At the age of 36, the Portugal international is unquestionably the embodiment of sheer will, determination, and hard effort, having outscored and outplayed practically all of his opponents in any domestic or international tournament. As the most followed person on Instagram, it's impossible to ignore Cristiano Ronaldo's impact and influence on the globe as an athlete and a celebrity. Of course, we're not here to discuss Ronaldo's standing as a global famous icon, but we're sure you'd all be interested in learning more about the Portuguese beast's career statistics. Ronaldo began his professional career as a footballer with Sporting CP as an extraordinarily brilliant and gifted winger, and it did not take long for the world to see his raw talents. Only a season after making his professional football debut, he joined Manchester United. After several seasons with Manchester United, Ronaldo joined Real Madrid in 2009, breaking the record for the most expensive move in football history at the time, and was introduced in front of a sold-out Santiago Bernabeu crowd 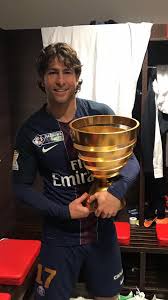 Maxwell's career as one of the five most decorated footballers in the world was full of adventure and took him all across Europe, where he played for the top teams on the continent. From Ajax to Inter, Inter to Barcelona and PSG, the Brazilian left-back has had the opportunity of a lifetime to play for some of the world's best clubs. What does it mean to play for a country's best club? Trophies, to be precise. Maxwell became one of the most decorated football players of all time as a result of this. During his career, the Brazilian had the pleasure of playing for clubs such as Cruzeiro, Ajax, Inter, Empoli, Barcelona, and PSG, winning a total of 37 championships. He went on to make a total of 564 appearances, scoring 27 goals and providing 57 assists along the way. Maxwell's trophy case holds the following awards as one of the greatest left-backs in history. 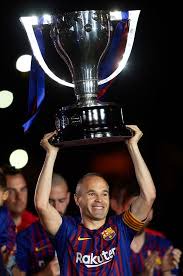 It would be a shame if Iniesta didn't make our list because he has been the player of the match in so many finals. The Spaniard, who is currently 34 years old, is probably one of the best midfielders to ever play the game. Even if you only examine his achievements with FC Barcelona, he is the most decorated Spanish footballer of all time. He's also a member of the Spanish national squad. 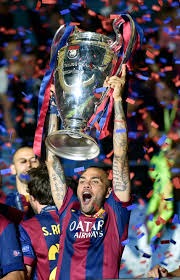 Dani Alves is not only this century's most decorated footballer, but also the most decorated footballer in the game's history. Dani Alves, 37, has won the most titles of any player in the twenty-first century, with 41. The Brazilian has achieved success at every club for which he has played, including Barcelona, Juventus, and Paris Saint-Germain, as well as for his country, Brazil. He is still active and plays for Sao Paulo in his birthplace at the age of 37, and he might very well add to his already spectacular cabinet of achievements.