By EnterSlyGist (self media writer) | 9 days ago

Cristiano Ronaldo sure knows how to grab people's attention on social media and that may be why he is the most followed human on the planet.

As you all know, Manchester United has been facing difficulties in their matches and they have suffered a big defeat that will go down in history. 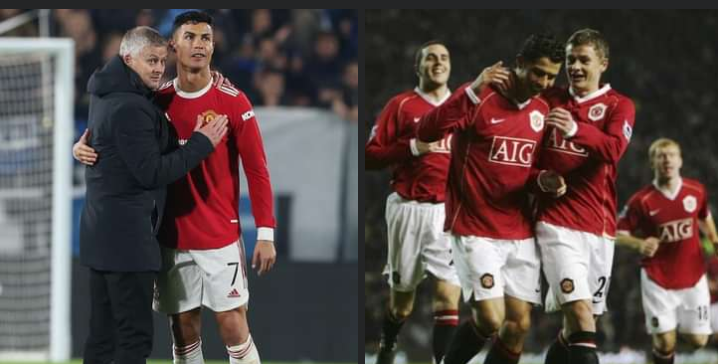 After conceding against Liverpool and Manchester City to nil, their recent defeat was with Watford. Man United fans were excited to win the game but it turns otherwise.

Hours after the defeat, the Manchester United board release Ole Gunnar from his position as the manager, and it was no surprise to the fans because it was expected long ago.

Hours after the release announcement of Ole Gunnar, Cristiano Ronaldo released a statement on his social media handle that grabbed the attention of all football fans. 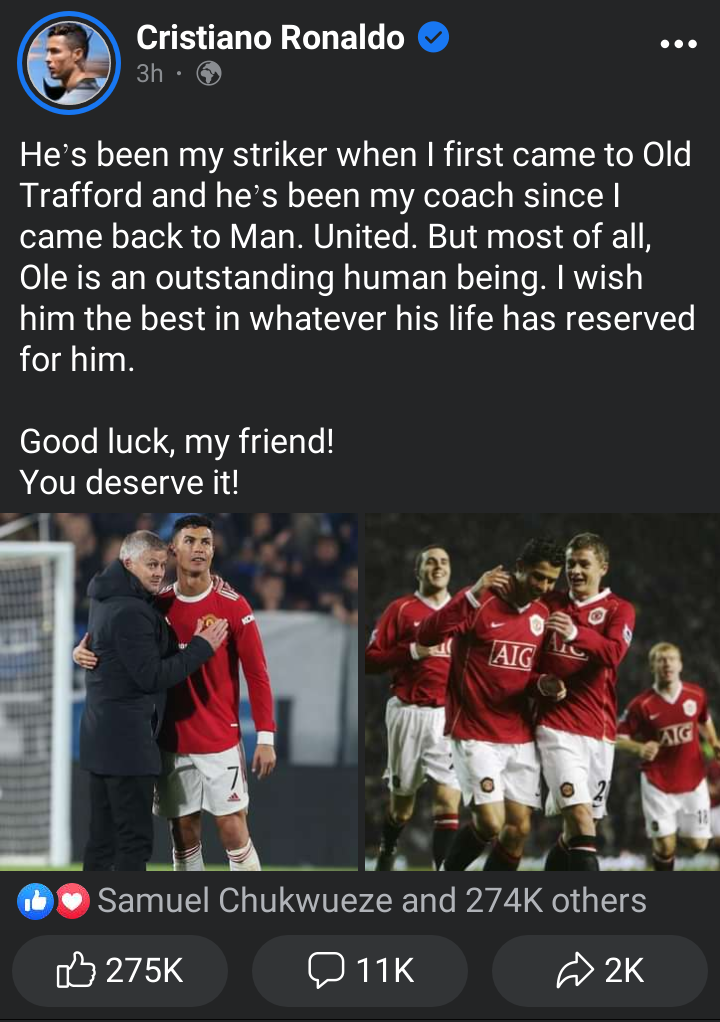 The fans were swift to reply to the statement made by Cristiano Ronaldo on social media. Check the images below for fans' reactions. 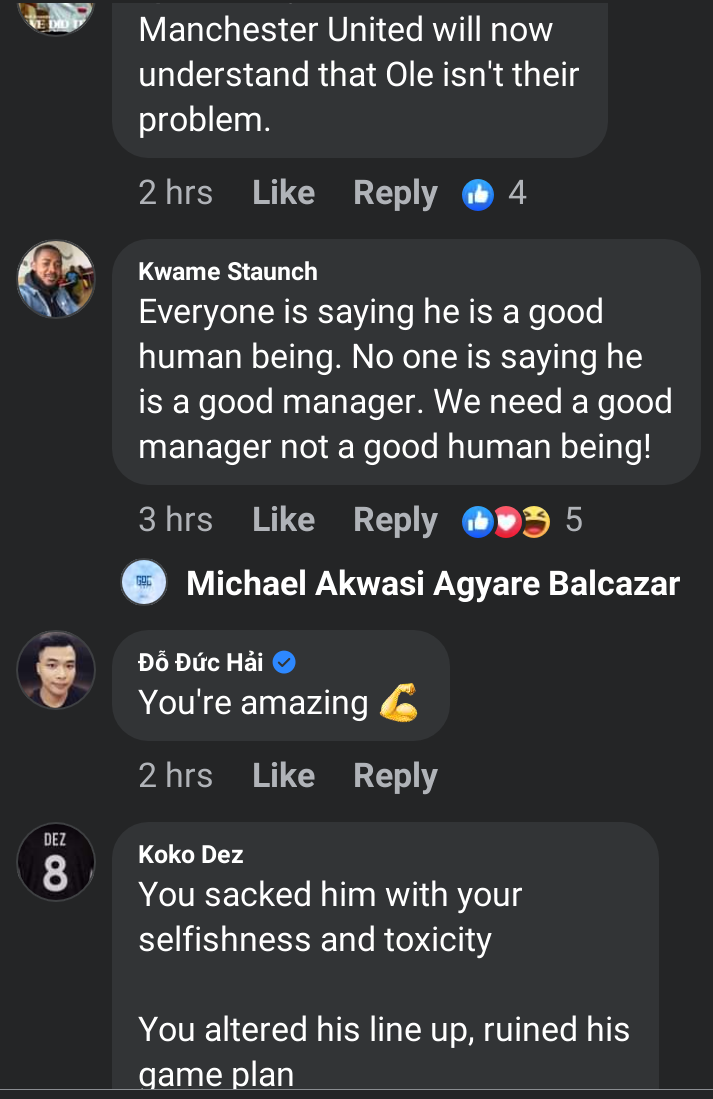 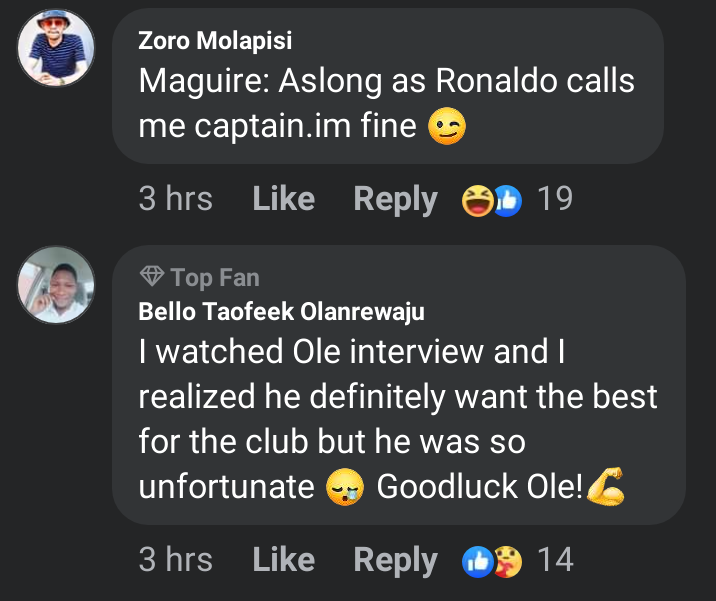 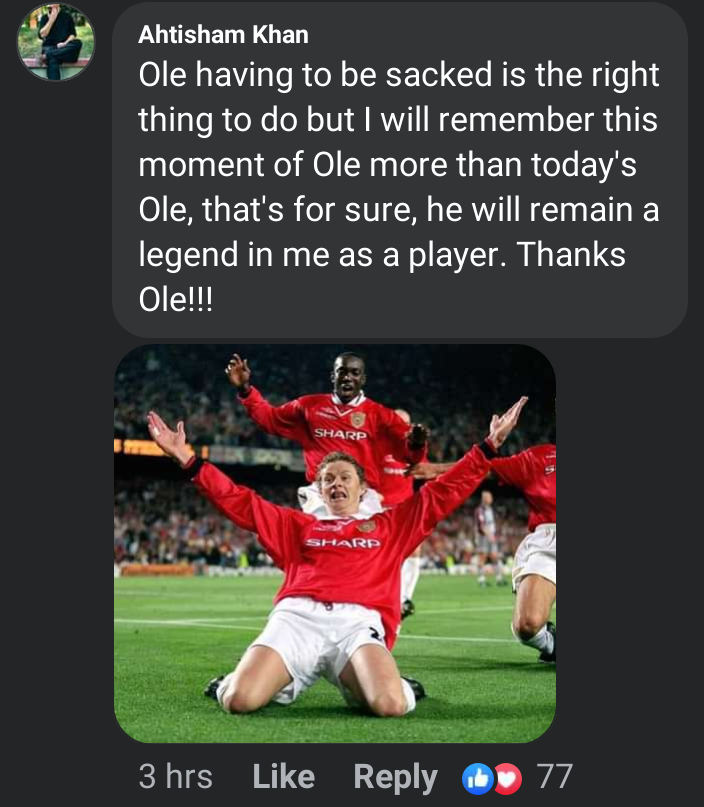 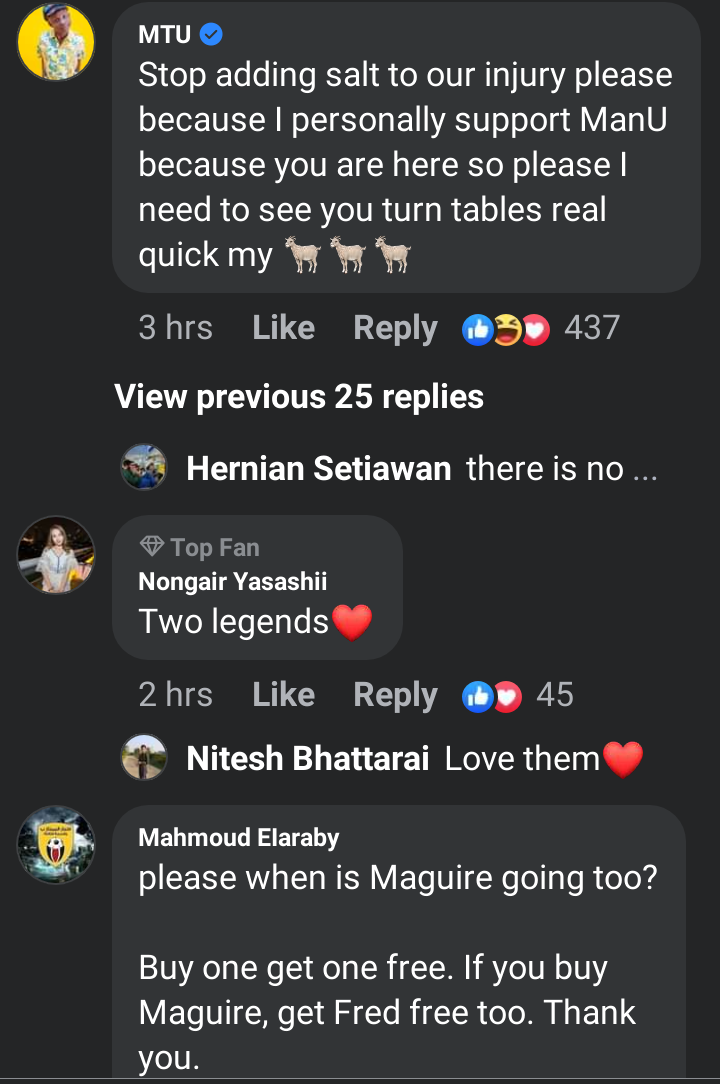 With the absence of Ole Gunnar as the manager of the club, and improvement would be expected from the club in their next game against Villareal.