8 of The Worst Debuts in Premier League History

In sports, first impressions matters a lot, and a player's Premier League debut carries a lot of weight. If a debutant performs well, the fans will love them immediately and the management will trust them. However, if they perform poorly, they risk being cut from the team and insulted by their own fans. Saul Niguez's Chelsea debut, however, will be one he will never forget . For all the wrong reasons. His first-half performance for the Blues was dubbed "trash" by fans, and the manager substituted him off after only 45 minutes on the pitch. The Spaniard, who joined on a deadline day loan from Atletico Madrid, was thrown into the deep end against Aston Villa and failed to float. In view of this we have compiled 5 of the worst Premier League debut. 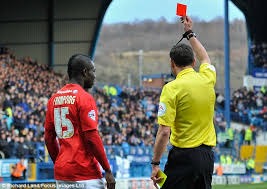 Emmanuel Frimpong was dissatisfied with his January 2014 transfer to Barnsley. When he was photographed in his new kit, the former Arsenal midfielder sulked and complained on Twitter about not being able to "attract chicks" with his new squad. On his debut, the midfielder's fortunes in South Yorkshire took a turn for the worse when he was sent off after fouling the same player twice in the space of seven minutes. After only four months with the club, he was released, which isn't exactly "Dench." Frimpong was also sent off in his Premier League debut for Arsenal after receiving two yellow cards. 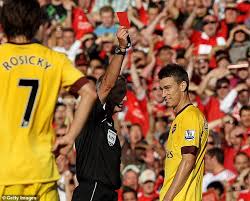 Laurent Koscielny made one of Arsenal's most odd debut, after being stretchered off the pitch before half-time and coming on in the second half of their match against Liverpool. Joe Cole, who had a disastrous Premier League start in the 2010-2011 season, was the reason for his injuries. Despite this, Koscielny came back into the game in the second half. Many believed Koscielny should have stayed on the bench after he was eventually sent two yellow cards, reducing Arsenal to ten men. 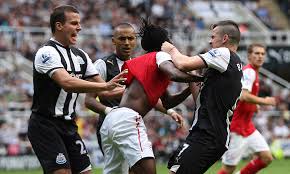 After joining Arsenal in July 2011, Gervinho scored twice in his first encounter, a pre-season friendly against FC Koln, in the opening 15 minutes. However, the Ivorian's competitive debut a few weeks later did not go as smoothly. The formal Roma player was having a good debut outing at Newcastle until he collided with Joey Barton. He was given a red card and a three-match suspension for violent behavior after raising his fists. 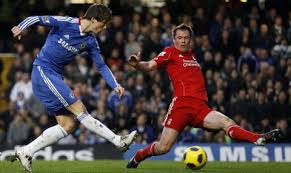 After shattering Liverpool fans' hearts in January 2011, it seemed fair that Fernando Torres, a £50 million striker, would make his Chelsea debut against his former club at Stamford Bridge just weeks later. Torres appeared to be a shadow of his former self, as he did during his time with the west London club. 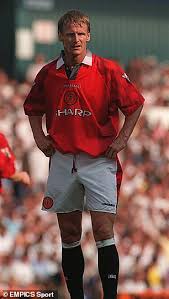 As if stepping into the shoes of Eric Cantona wasn't difficult enough, making your debut for your new team against your former club just adds to the difficulty. Sheringham, who had been jeered and abused by Spurs fans, missed a penalty to put United ahead and delight the crowd at White Hart Lane, despite the away team going on to win. 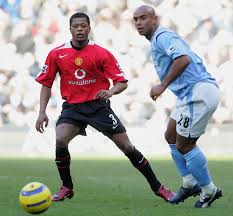 During his career at Manchester United, Patrice Evra won five Premier League titles, three League Cups, five Community Shields, and the Champions League. However, when United met Manchester City on January 14, 2006, he struggled to establish himself in the Premier League. Ferguson even questioned if he had made the correct decision in giving Evra a chance. However, Evra has since claimed that he was sick prior to the game, alleging that he had breakfast of spaghetti and beans. United great Wayne Rooney claimed he was on the verge of telling Ferguson he couldn't play. 'I was signed by Manchester United in January 2006,' he recalled the incident. You may recall that I made my debut against Manchester City away from home. This is a big derby. 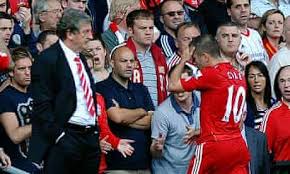 Joe Cole's Chelsea career came to an end in the summer of 2010, as the midfielder elected to leave the club on a free transfer. Given the scale of the agreement and Cole's caliber, his arrival at Liverpool was hailed as a coup for the Merseyside club, but his hopes of making a memorable debut were dashed at Anfield. Cole received a straight red card in the first half after pushing himself into an over-the-top challenge on Laurent Koscielny, eager to impress his new fanbase as Liverpool faced Arsenal in their first match. 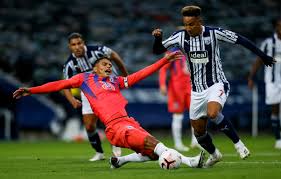 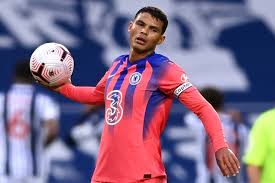 Saul Niguez can take encouragement from his teammate Thiago Silva's rehabilitation from a poor start last season, when the veteran had a nightmarish debut for Chelsea against West Bromwich Albion. Silva arrived in the Premier League as one of the best defenders in the world over the previous decade, but there were doubts about whether the veteran could manage the rigors of the division in his later years. Those doubts got louder after a dreadful performance at The Hawthorns in September 2020, when Chelsea found themselves three goals behind at halftime against the freshly promoted Baggies. The Brazilian was personally responsible for the second goal, as he lost control in a crucial situation, allowing Callum Robinson to take advantage and score. Chelsea rallied in the second half to earn an improbable point, but it was a dismal performance from the veteran centre-back. Silva, on the other hand, bounced back and showed his class throughout the season, as part of the Chelsea group that won the Champions League under Thomas Tuchel.