By TonyO (self media writer) | 2 years ago

As 10 days remain for the summer transfer market to open, and though it won’t close until October, any deal for the bigger names that are available is surely likely to be swiftly finalized. 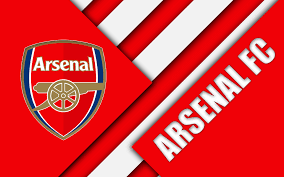 Arsenal boss Mikel Arteta is looking to shape his Gunner's side in his own likeness, and any players that will be considered by him have to be hard-working as a pre-requisite and offer a mixture of grit, determination, and flair. 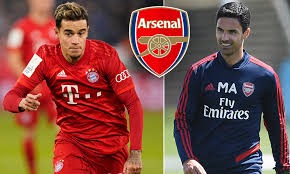 To that end, Arsenal looks likely to be signing Philippe Coutinho from Barcelona this summer, with the Camp Nuo outfit desperate to offload the Brazilian playmaker. With the Sport, Kia Joorabchian is negotiating with the North London outfit for them to take Coutinho and Real Sociedad’s Willian Jose. In both cases, the deals are likely to be season-long loans as it seems that the Premier League club doesn’t have much by the way of available funds to spare. 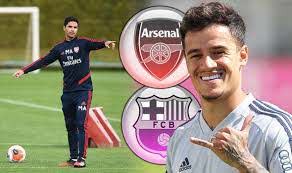 Coutinho doesn’t appear to have any sort of future in Catalan and after generally disappointing whilst on loan at Bundesliga giants Bavarian, he really needs to be given the opportunity to revive his career elsewhere. 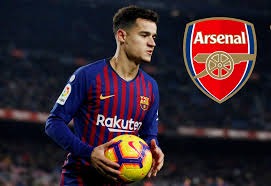 In a league he knows well, the Gunners could be bagging themselves a bargain. The Brazilian International Coutinho has the skills to unlock even the most dogged of defenses, and alongside Pierre-Emerick Aubameyang he could play a role similar to that which Mesut Ozil has done with aplomb for the last few campaigns. 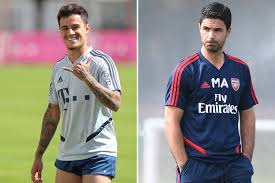 Drop your comments and suggestions.

Don't forget to share for you Social Media for people to comments and Suggest too. Content created and supplied by: TonyO (via Opera News )