Gameweek 5 of the English Premier League season has treated us to some entertaining results so far. The match day kicked off with 10-man Brentford defeating Wolves at the Molineux stadium by 2 goals to nil. 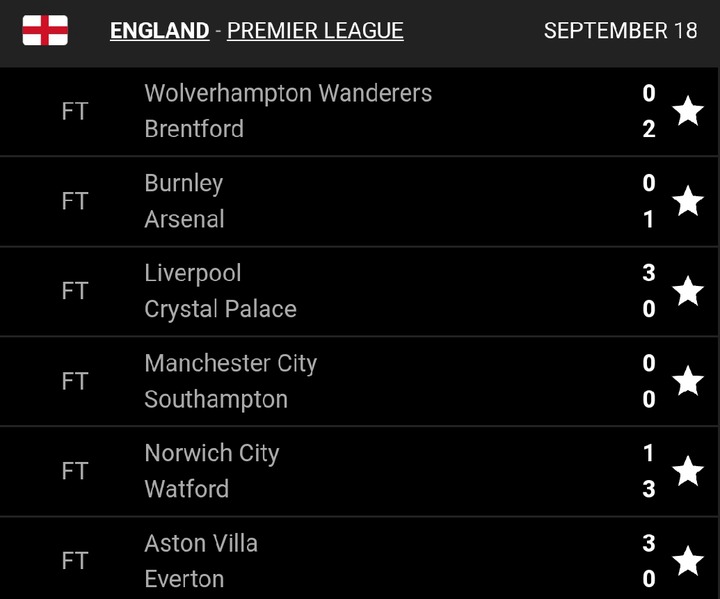 In the 3pm kickoffs, Arsenal got their second win of the season with a narrow victory over Burnley, Liverpool overcame a stubborn Crystal Palace side by 3 goals to nil, Manchester City could not shake off Southampton so they shared the spoils with a goalless draw, while Watford came from behind to beat Norwich 3-1 in the bottom of the table derby. Action rounded up at Villa Park as Aston Villa handed an injury-hit Everton side their first loss of the campaign.

With three other fixtures left to be played, the Premier League standings temporary looks like this. 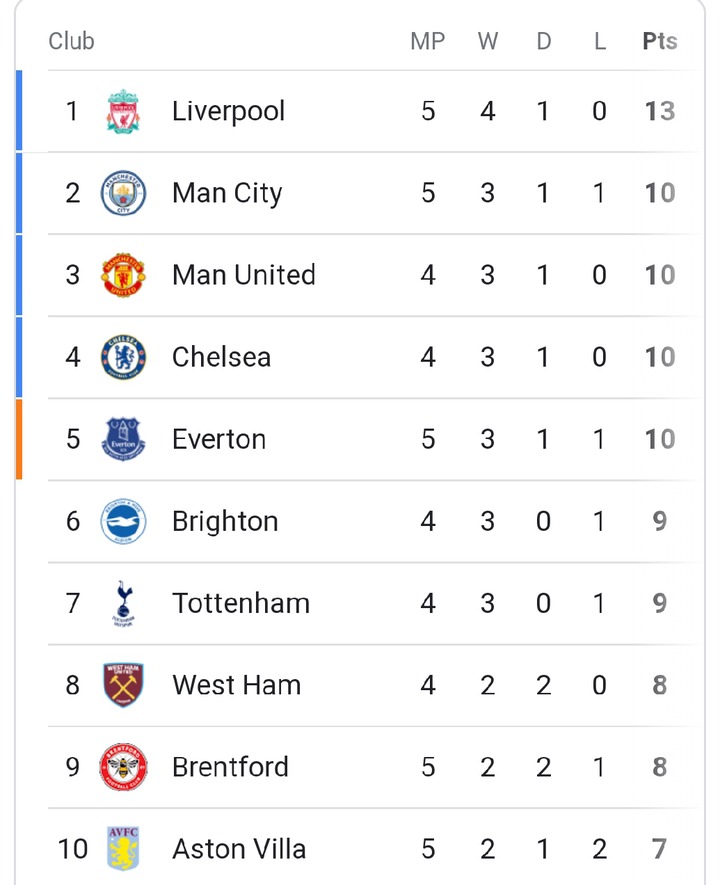 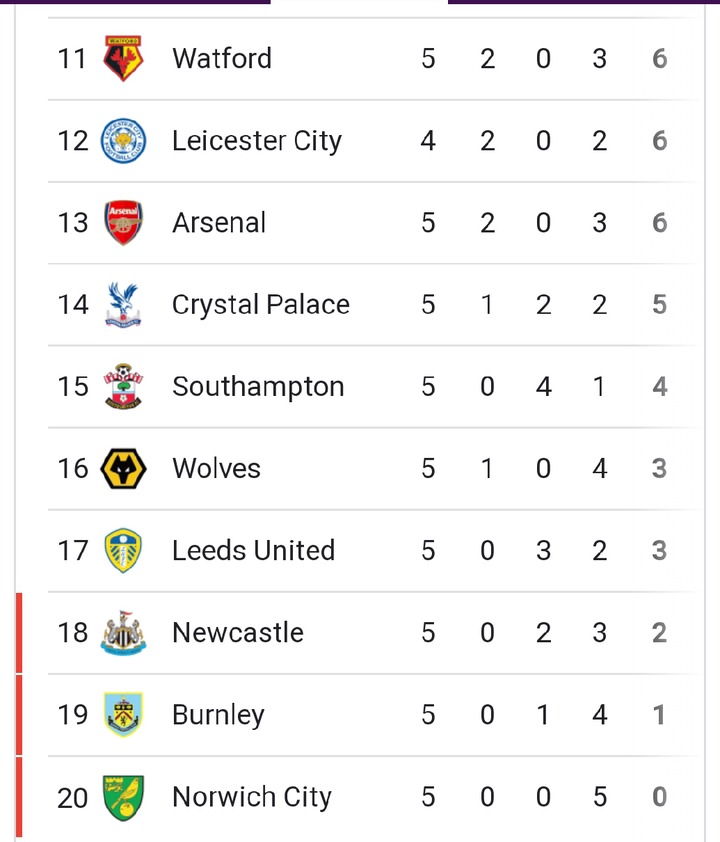 Liverpool climbed to first place on 13 points while Man City also moved up the table into 2nd place, level on points with Manchester United and Chelsea who both have a game in hand. Arsenal are now in 13th place after getting a second consecutive win, while Brentford and Aston Villa moved up to 9th and 10th place respectively with their victories. 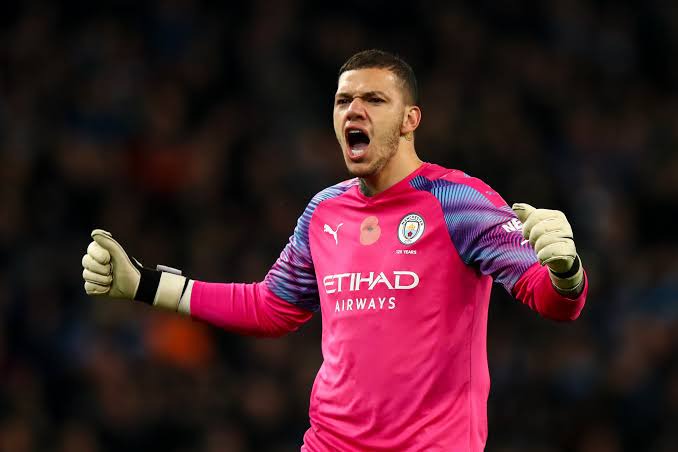 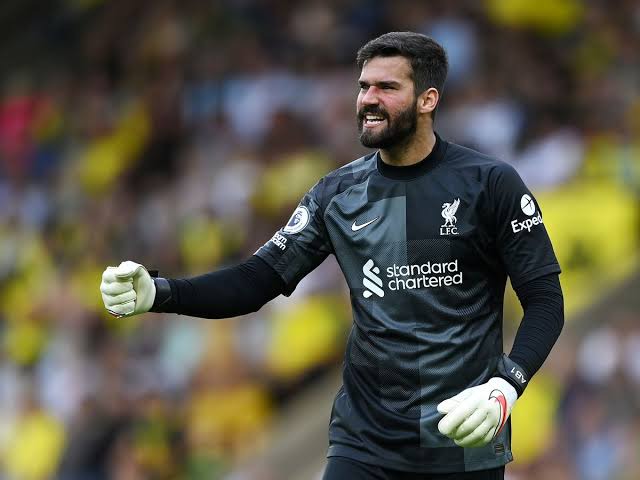 Both Ederson and Alisson Becker were in goal for their respective teams and kept clean sheets on Saturday afternoon. The Brazilian shot stoppers have moved up on the chart and are now outright leaders in the race for the EPL golden gloves with 4 clean sheets each. 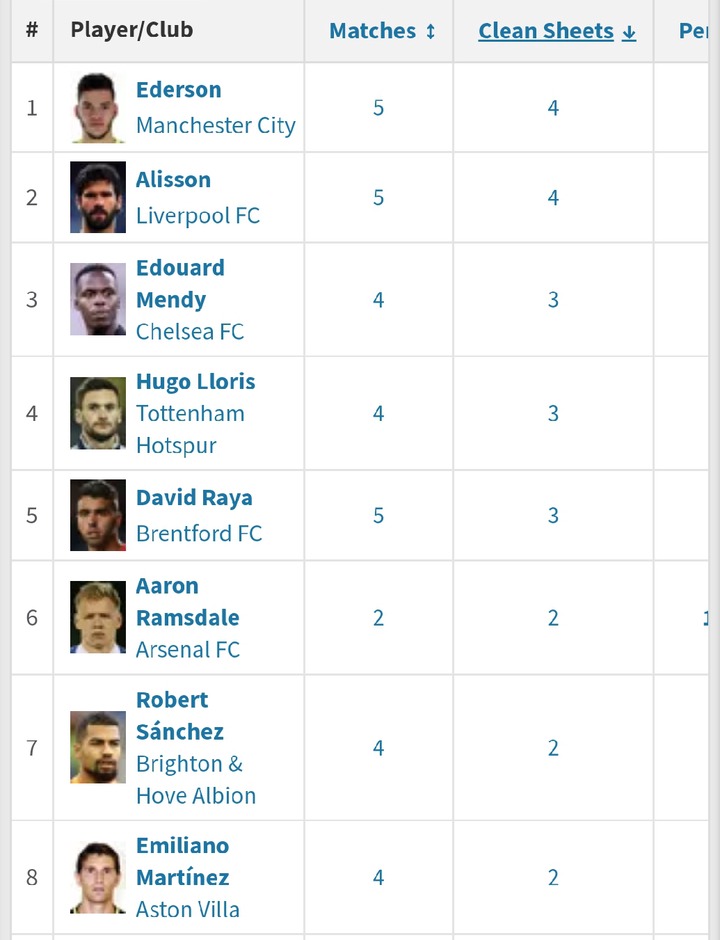 Both Edouard Mendy and Hugo Lloris have a chance of closing down on their rivals as they will face off in the highly anticipated London derby at the Tottenham Hotspur stadium on Sunday afternoon. 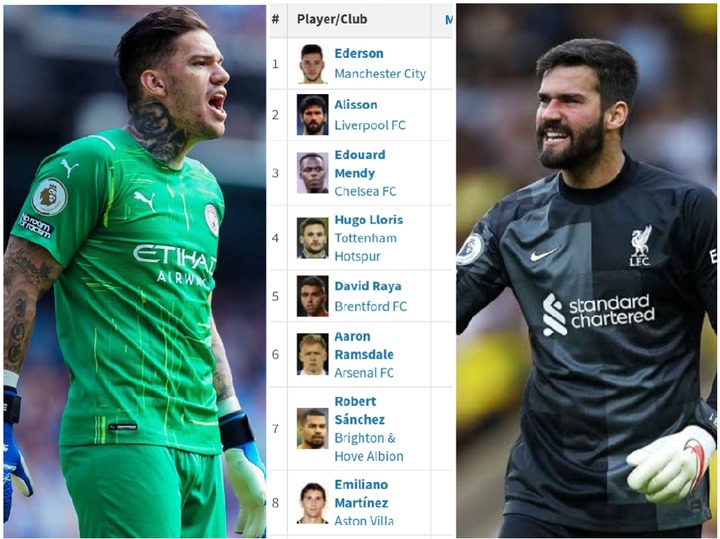