By IsaacOriyomi (self media writer) | 8 months ago

The game between Athletic Club and Barcelona ended in a 1-1 draw but the scoreline didn't justify the intensity and fascination of the match. One of the notable events in the game is Ronald Araujo's disallowed goal which was adjudged as having an infringement in its buildup. Yet, some fans believe that the goal should have stood due to one clear indication. 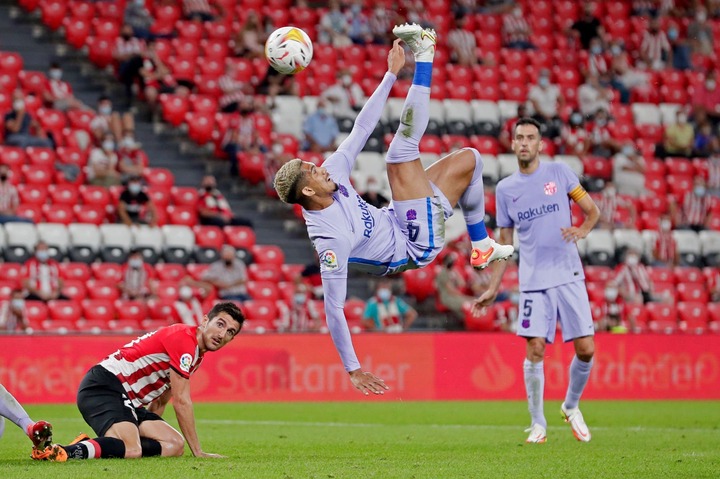 With the game still levelled at 0-0 shortly before half-time, Memphis Depay's freekick found Martin Braithwaite who jumped above an Athletic Club's player to head the ball towards goal. The ball was then cleared by the Athletic Club's goalkeeper into the path of Ronald Araujo who acrobatically scored a classy goal.

However, referee Juan Martinez Munuera deemed Braithwaite's jump as a foul probably because he had his hand on his opponent. The goal was ruled out as a result of this to deny Barcelona the lead. 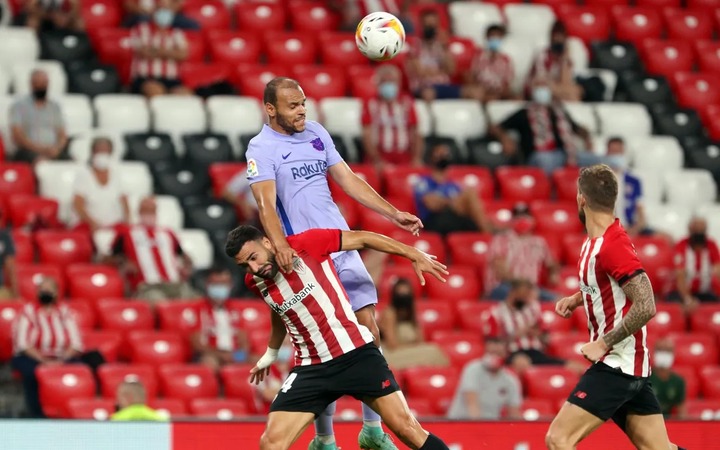 But some Barcelona supporters are on the same page and convinced that since the Athletic Club's defender didn't complain or protest about being fouled, this suggests that Braithwaite didn't commit a foul. Moreover, the opponent was still on his feet and didn't even feel like he has been hit. 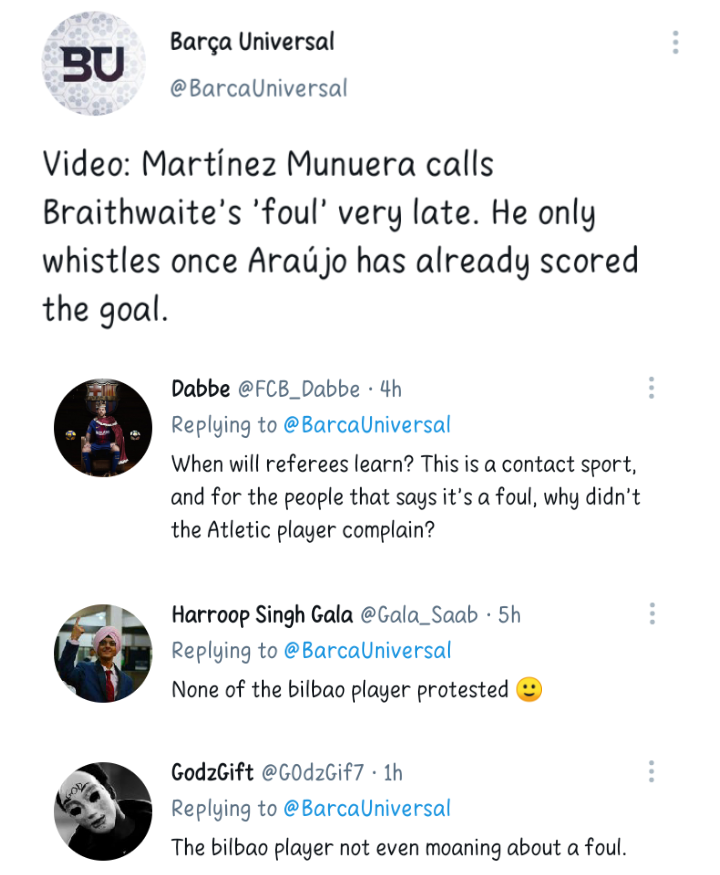 While this reason or indication looks very clear that no foul was committed, it is unknown if the referee made the right decision by disallowing the goal.