By Societyhub1 (self meida writer) | 29 days

Paris Saint-German is through to the semifinals of the UEFA Champions League despite losing to Bayern Munich at Paris tonight. The European football governing body popularly known as UEFA has reacted after Mauricio Pochettino's Paris Saint Germain dumped defending Champions, Bayern Munich out of the champions league after a heated encounter.

It was a cagey and tightly contested encounter between the two attacking-minded teams in Europe. Both teams showed the stuff they are made off as they were a threat to each other and shared the winning among themselves. PSG won 3-2 in Germany and Bayern Munich returned the favour by winning 1-0 in Paris but were unable to qualify for the next round of the competition. 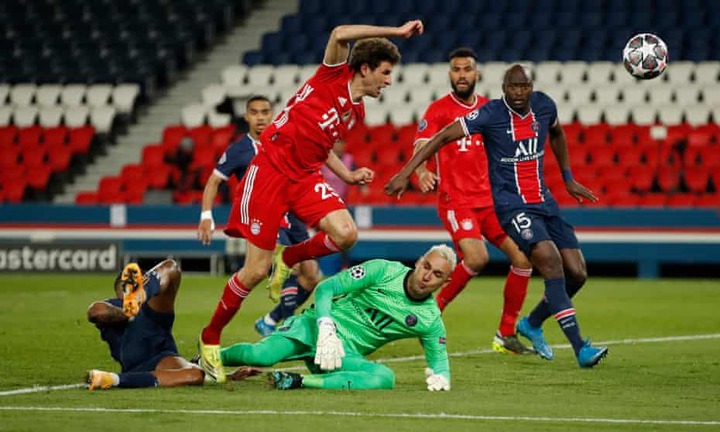 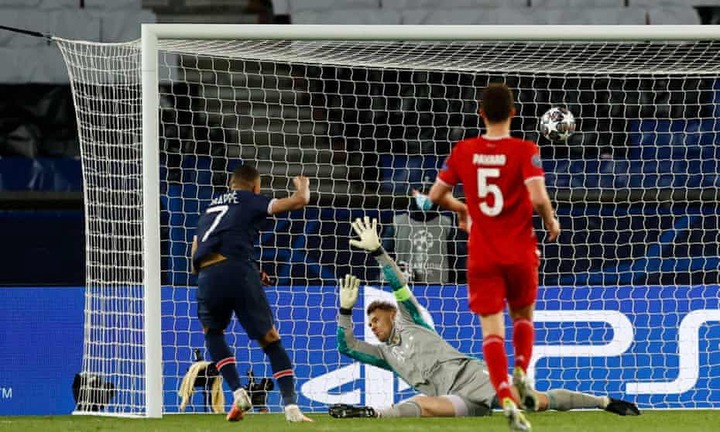 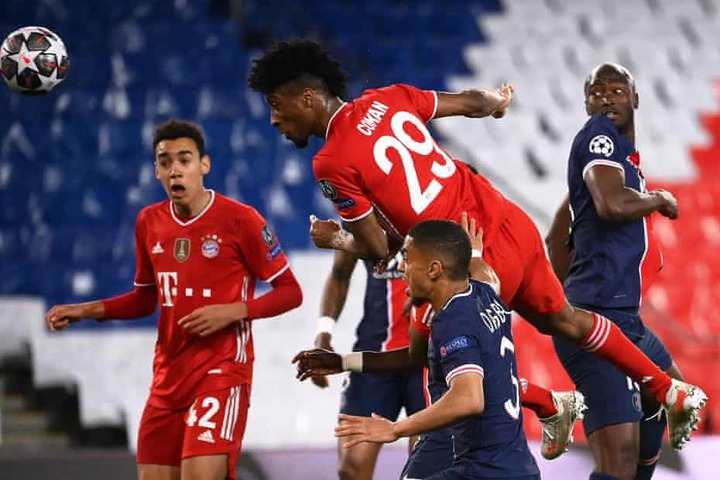 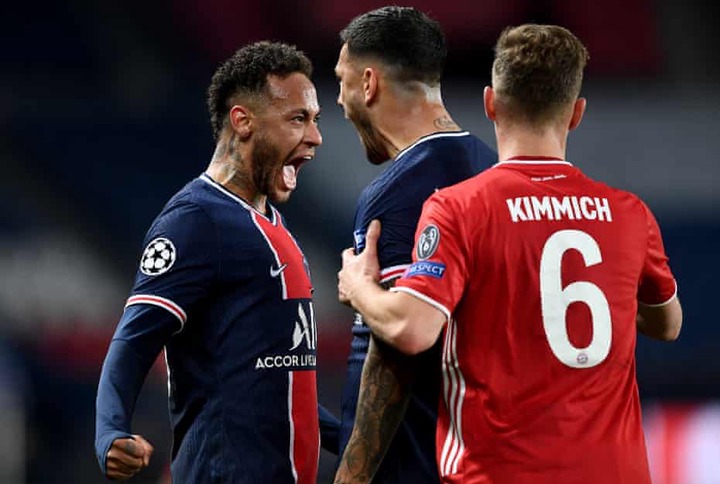 The French League One giants Paris Saint-German struggled throughout the whole duration of the game to defeat the reigning UCL champions on Tuesday night, but they were lucky to progress to the next round on an away goal. PSG had a lot of chances but was not clinical in front of goals as Mbappe missed a lot of chances. 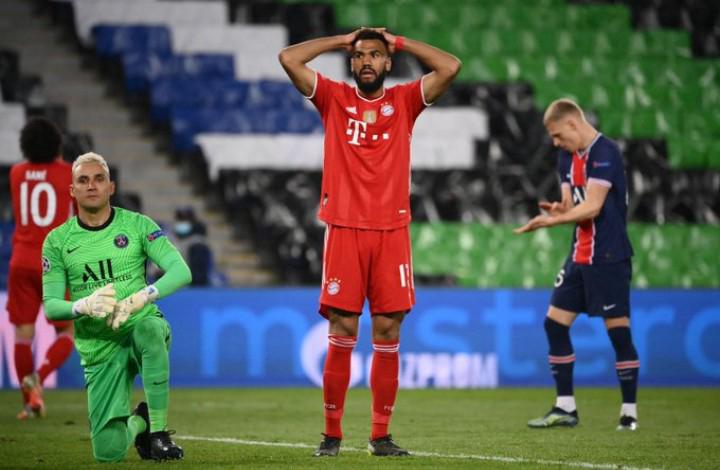 Hansi Flick's Bayern Munich are out of the Champions League despite winning 1-0 at Parc Des Princes Stadium in France, as Eric Maxim Choupo-Moting's first-half goal wasn't enough to save the Bavarian from elimination. Bayern Munich also squandered the opportunity of becoming the second team to win the UCL back-to-back as they won't be participating in the tournament this season. 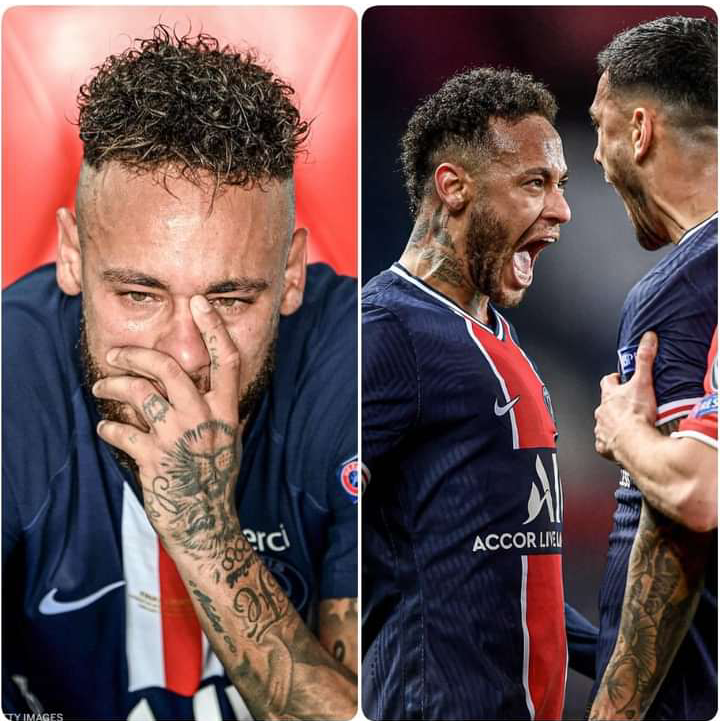 Reacting after Neymar impressive performance in PSG won, UEFA posted on their verified Twitter handle that; 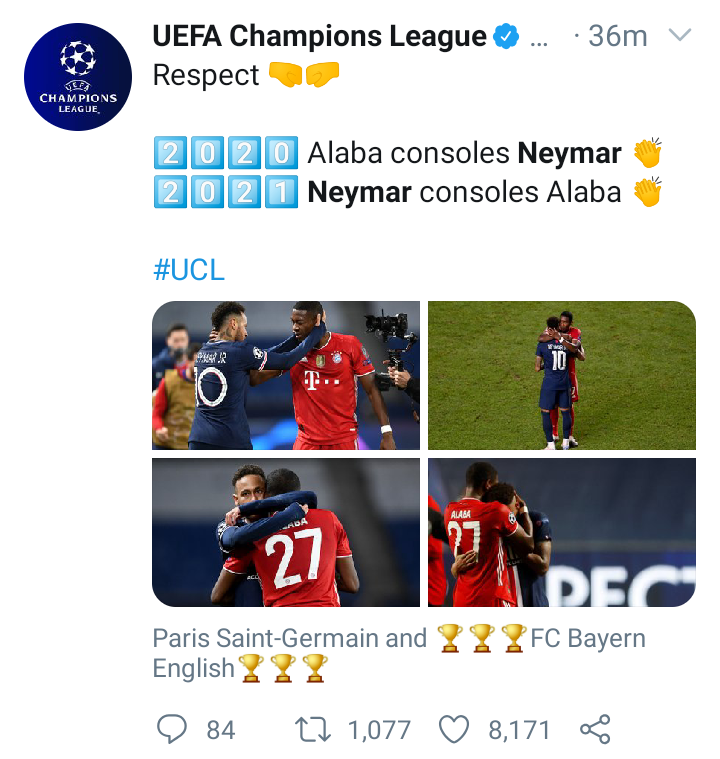 Other people reacted as well: 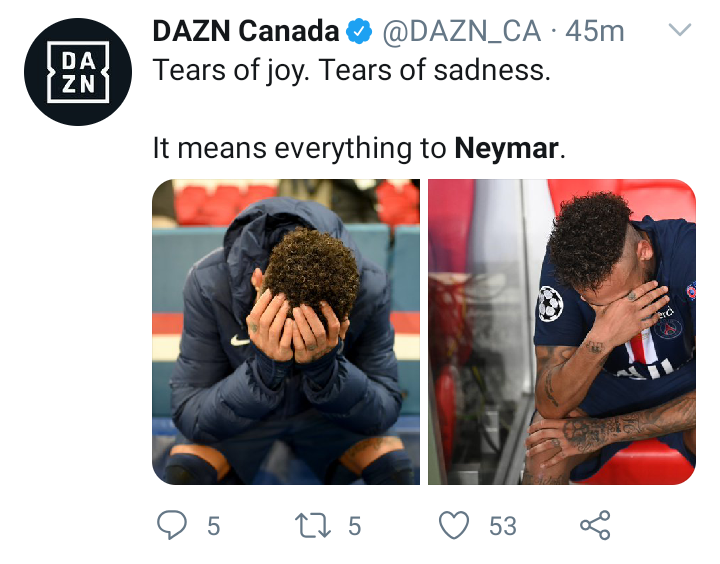 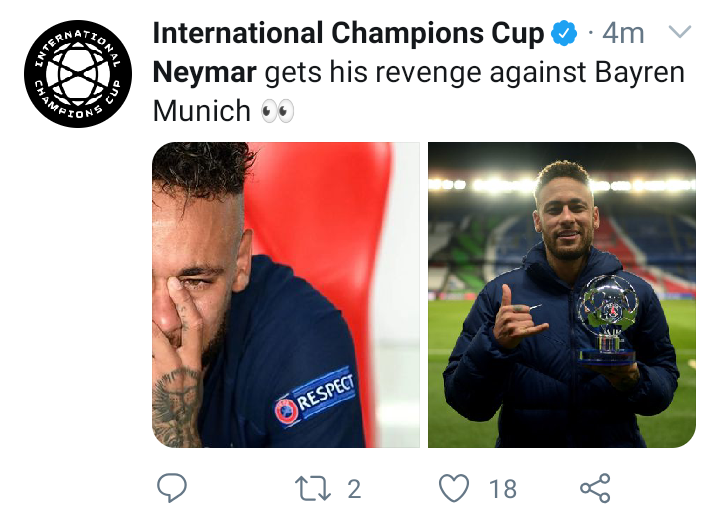 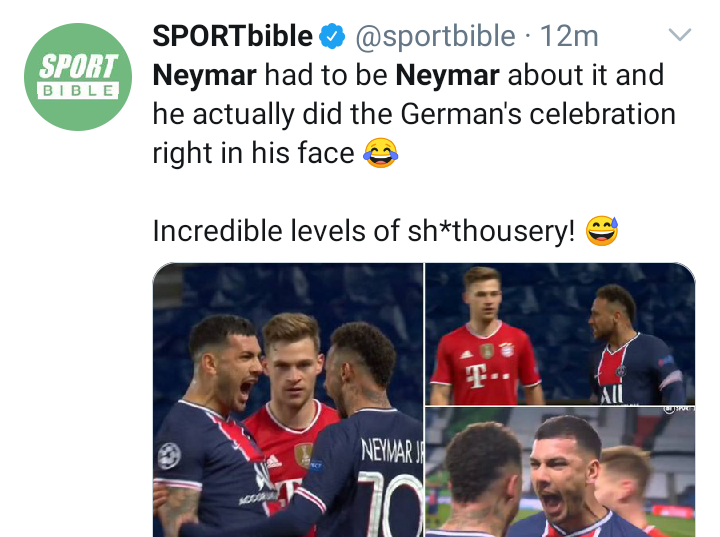 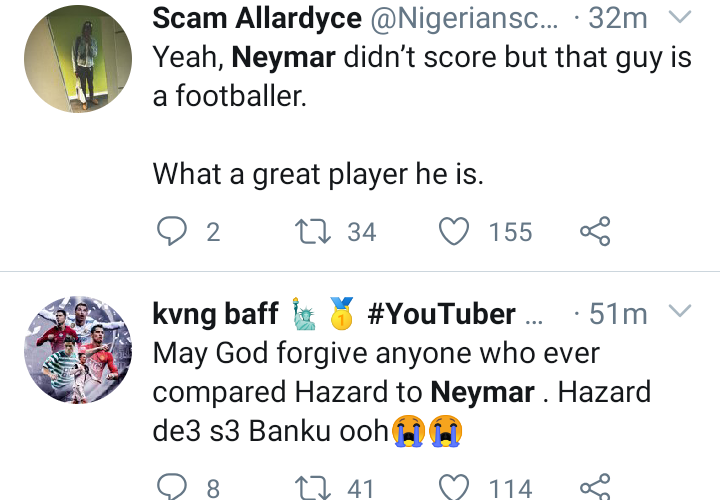 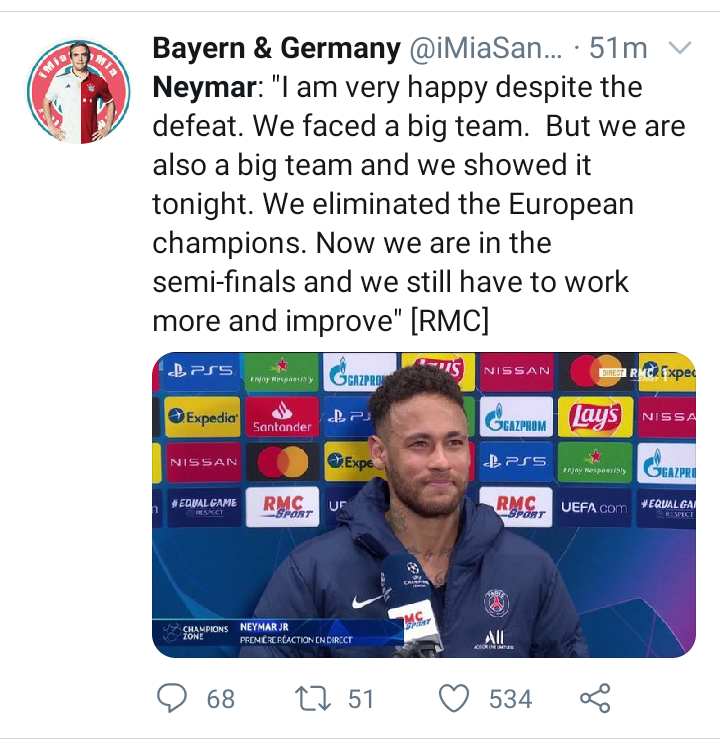 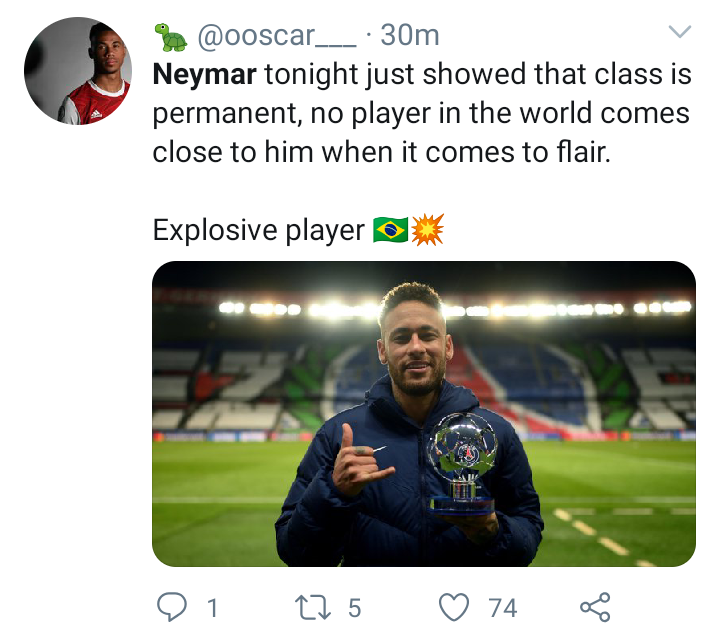 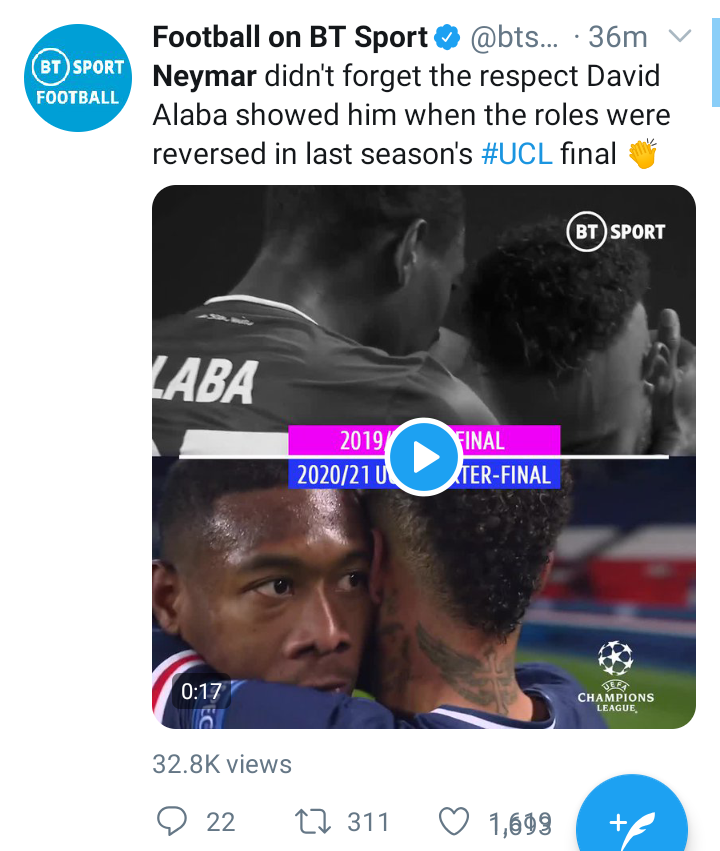 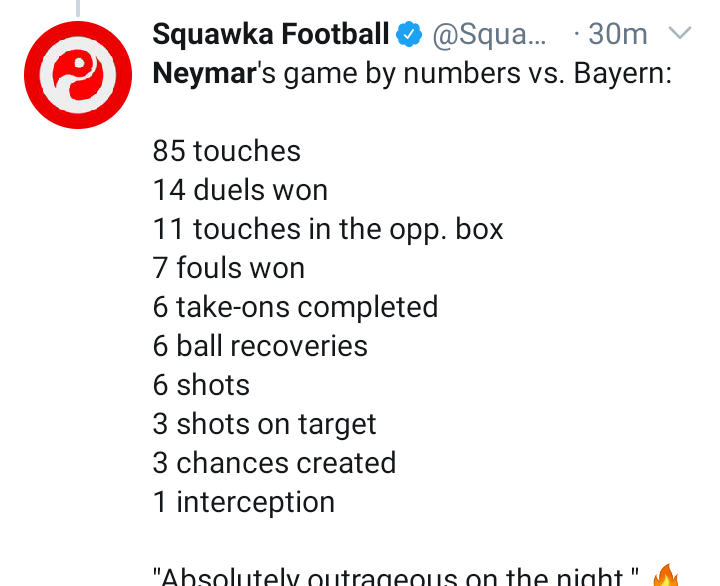 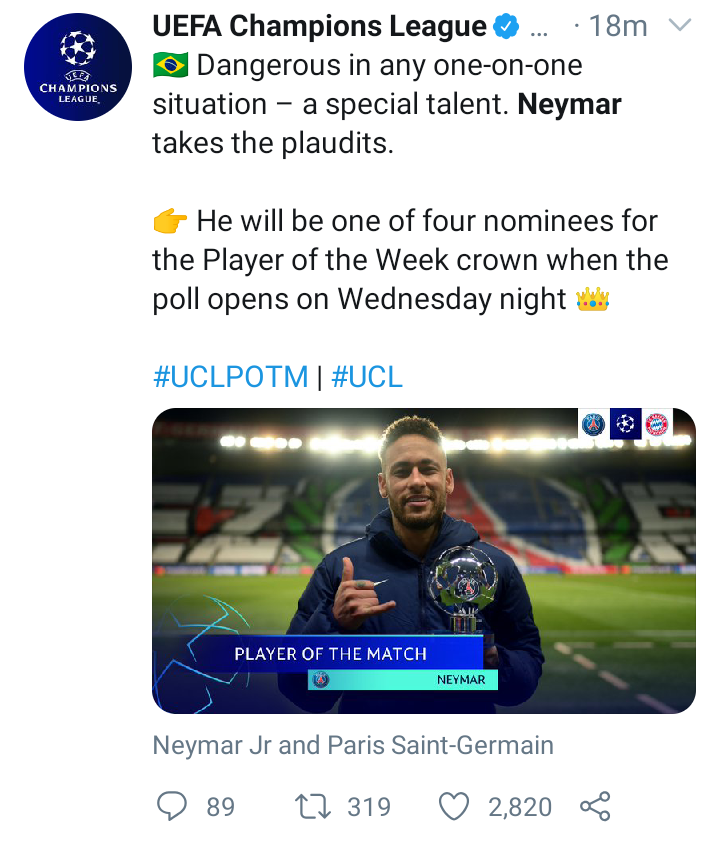 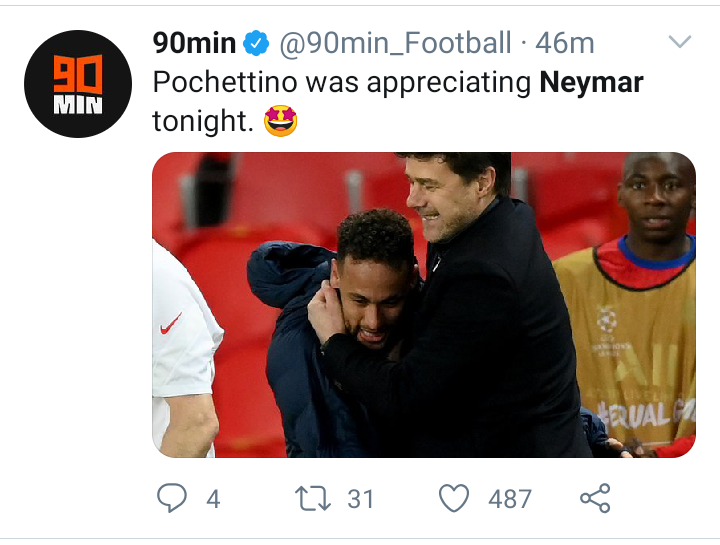 Meet 5 Nollywood Actresses Whose Mothers Are Not From Nigeria (Photos)

Eid-el-Fitr photos of Mide Martins, Fathia Williams, and other actors

After Scoring His 100th Goal At Juventus, See What Ronaldo Said He Will Do Next